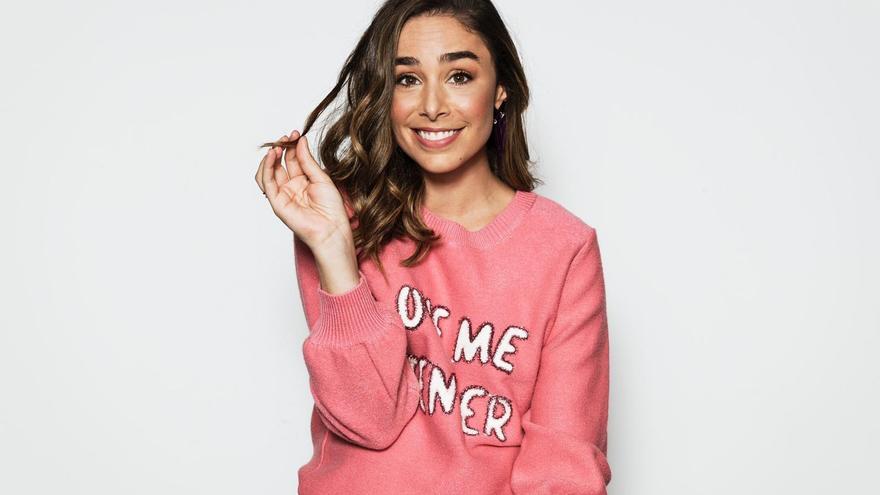 Madrid, May 3 (EFE) .- Candela Serrat stopped being Serrat's daughter some time ago and became an impeccable actress who will be at the Reina Victoria Theater in Madrid next Wednesday with "Dirty wheat", by David Mamet, work that turns tragedy into comedy and "invites us to reflect on power and sexual abuse."

Candela Serrat (Barcelona, ​​1986) has no doubts that "with respect" you can make comedy with a subject as sensitive as that of sexual abuse and the ambition for power at any price.

"With education, you can bring out the comic side of tragedy, talk about anything in a humorous tone, it is much more healing than using drama," says the actress in a talk with Efe, who considers that humor is very necessary in these moments and recognizes that "people seek to escape and laugh".

The head of a film studio is used to seduce beautiful artists, buy from the press and make films of zero cultural interest, he only cares about sex, power and money, until Irina (Candela Serrat) arrives.

Irina is a young aspiring actress who believes she can deal with the producer's personality and is reluctant to put a price tag on her career, but as events unfold, "she wonders where her limits are and how far she is willing to go."

In a humorous way, this theatrical piece leaves a space for reflection, "it offers the opportunity to enjoy the moment and reflect later".

For Candela Serrat, playing Irina has served to study the limits of an actress in terms of ambition: "how far he is willing to go and at what speed. It is very good to ask those questions to rebalance the morale of each one", she said. laugh

He recognizes that it is a very necessary work, attached to the present. "There are still many things locked up, little by little they will come to light and a much healthier system will be achieved."

Since those first professional forays into the scene such as Nöel Coward's comedy (The Joy of Life), Candela Serrat has not stopped working and, in her career, most of her performances have revolved around tragedies of great suffering, that's why he's "very happy" with this comedy.

Working with Mario Gas, José Sacristán or Nuria Espert have been "great pieces in my career," says the actress, who now lives with passion the preparation of a Spanish classic that will premiere at the Almagro Festival.

She doesn't want to get too far ahead, but she says that it is a beautiful piece, "one of the great dreams I had since I was little; it's making me very happy.

Candela Serrat was trained in classical theater at the London Academy For Music And Dramatic Arts and after taking several courses with the RADA (Royal Academy of Dramatic Art), she returned to Spain to complete her studies at the William Leyton School.

He learned Spanish classics like Lorca. "I have been lucky enough to make Doña Rosita the Soltera, any Lorca is wonderful and extraordinary to me", he affirms.

With almost 36,000 followers on Instagram, this Barcelona-based woman living in Madrid, daughter of Joan Manuel Serrat and Candela Tiffon, does not want fame at any price, on the contrary, she prefers to take short and safe steps that give her prestige.

And to avoid confusion, he has a list in which he writes down the things he would like to do, including a feature film. And he confesses: "It doesn't make any logical sense, I write down things that give me something to my soul."