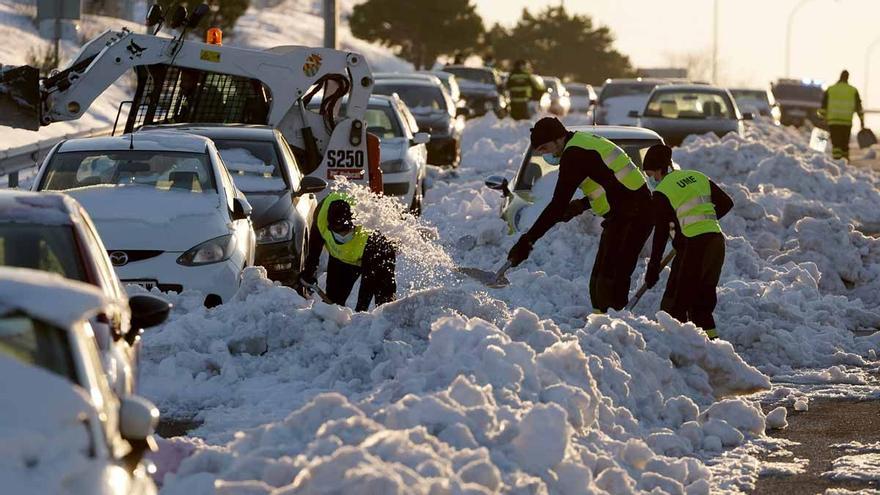 Seen now, after having finished passing the Saturday with the most expensive light in the history of Spain (226.21 euros per megawatt hour), it seems like a joke, and in bad taste. But in January 2021, the storm ‘Filomena‘, which brought with it a devastating wave of cold and snow, triggered the electricity bill of the Spanish. The light was put on two days after Reyes at 94.99 euros per kilowatt hour. What was said. It seems like a joke now, but it was then the second highest price registered in Spain. The previous one dated from 2002. The gas price It also did not lag behind for almost a year (38.9 euros per MWh). Since this October, the gas rate has risen in some sections to 10.6%.

Price of MWh in Spain

With the current rates, can we face the arrival of a storm like ‘Filomena‘or the springtime DANA’ Gloria ‘? How likely is it that a similar phenomenon will repeat itself during the next winter?

The medium and long-term weather forecast is a complex and flexible science. It is based on mathematical models that outline the most probable scenarios, but they must be continually reviewed and can never be considered as infallible prophecies. He knows it well new Nobel Prize in Physics Giorgio Parisi, awarded for his visionary system to analyze the evolution of the climate crisis.

It is precisely the global warming one of the factors that makes the appearance of adverse phenomena. Extreme hot and cold episodes that break the global trend or the general forecast but that break out with increasing frequency.

“It is not ruled out that a phenomenon like ‘Filomena‘, although it is impossible to venture so far in advance if it will happen ”, he explains Iván Domínguez, Meteoclim Services meteorologist. “What we can know is where the shots will go this winter,” he says.

And what are the models saying so far about what will happen between December and February? Domínguez presents two of the most prestigious: that of the The US National Center for Environmental Prediction (NCEP) and the European Center for Medium-Range Prediction (ECMWF). Both agree broadly.

–NCEP: According to the trends shown by this model, temperatures will be slightly higher in winter (between 0.5 and 1 degree) than is usual at this time of year in the northern half of the Peninsula. In central Europe this “warm anomaly” will range from 1 to 2 degrees.

About the trend of rainfall, In Europe as a whole, no great differences are expected with what is usual, but it is pointed out that in the western part of the Iberian Peninsula it is expected that rain or snow less.

– ECMWF: This model uses different indicators than the previous one, but the conclusion is similar: there is a probability of between 40% and 60% that in the whole of the Spanish territory the temperature is higherThe usual one (the orange or red areas of the map).

Regarding the precipitation forecast, there is a slight difference with the previous model. According to the ECMWF, in the western Mediterranean there is a probability of between 40% and 50% that it rains more than usual.

Winter rainfall predicted by the ECMWF.

So far what the models based on data equations obtained in the oceans, atmosphere and sea ice. And, generally speaking, they will be right. But no one dares to say whether this winter, for example, will move the polar vortex, the cold air mass surrounding the poles. Last winter it moved south, sparking a string of meteorological disasters and a succession of storms in North America and Europe.

“It is very difficult to predict”, Domínguez affirms. It is estimated, although it is not known for sure, that the vortex shift occurs every three to four years. No one can take it for granted.

Since no one can take for granted that ‘Filomena’ will not visit us again this winter.