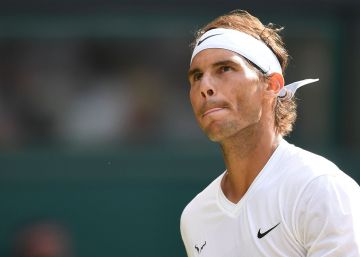 Eleven years after the mythical end of 2008, my nephew Rafael and Roger Federer returned to face each other on the same stage. Both reached the semifinal with similar numbers, giving both the feeling of having agreed to the penultimate round in a great state of form. Like his last meeting at Wimbledon, Rafael, in my opinion, started as a light favorite. If on that occasion it was he who took the victory, this time it was Roger who came out as the fair winner.

Although my nephew had his options – in the tie break of the first set broke twice the service of the rival and went ahead on the scoreboard, and the third had clear opportunities to recover the break lost, my feeling in the last two rounds was that the semifinal was more in the hands of the Swiss than in his.

Federer played in a superb way, very aggressive from the bottom of the view, with few errors and without ever giving up a bit of ground, disturbing Rafael from the first blow with both serve and the rest. My nephew, on the other hand, did not have a day as inspired as the previous ones. It is difficult to determine if that was due to own reasons or if the causer was the opponent in front of him.

Roger combined shots as flat as fast, with setbacks difficult to return and uploaded to the net. Meanwhile, Rafael did not hit the setback with the same power and placement of his previous matches and was also somewhat erratic in the return. Perhaps one of his mistakes was subtracting too far from the baseline both on the first serve of the Swiss and on the second, thus giving way to the initiative of the game. He obtained 38% of points gained on the rival's second service, while Federer, playing more aggressive, scored 52%.

A defeat of these characteristics always stings. Rafael has given himself again to the doors of playing a final as desired as Wimbledon. Just like the previous two years, we're leaving here – I write this on my way to the airport – with a bittersweet feeling. The level of play was very high, but we have again the feeling of having missed a great opportunity.