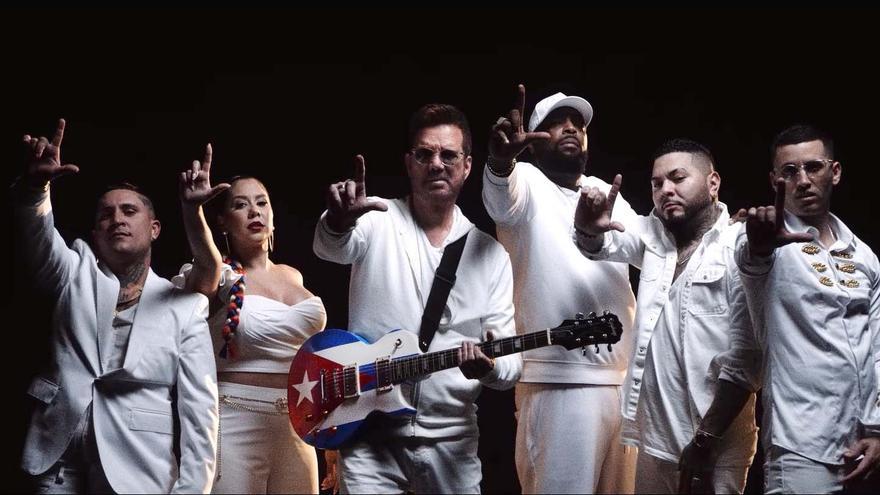 Miami, Sep 10 (EFE) .- Cuban singers Willy Chirino, El Micha, Srta. Dayana, Lenier, Osmani García and Chacal have premiered this Friday the song “Let them go now!”, Which they want to turn into a “new hymn “to” keep alive the flame that was lit in Cuba on July 11th. ”

The song is available as of today on all digital platforms globally, according to Miami-based entertainment company Loud and Live.

The song was composed by Chirino and was part of “Pa’Lante”, his 2008 album, but it has been renewed and re-recorded in support of the peaceful protests that broke out in Cuba on July 11 against the Cuban regime, which responded harshly against protesters.

This time Chirino, winner of the Grammy and Latin Grammy awards and turned into an icon of the Cuban exile in Miami for his song “Our day is already coming”, from the album “Oxygen” (1991), has joined his voice with several artists who ” they constitute the new generation of Cuban music, and which in turn represent different musical genres, “says a statement from Loud and Live.

“The events of July 11 have given us hope that the end of this totalitarian regime is coming,” says Chirino, born in Consolación del Sur (Cuba), and who has made a successful career in the United States, where he exile.

“It is important that this flame is not extinguished and that the whole world becomes aware of the crimes that are committed daily in the ‘prison island’. United for this purpose, we are raising our voices to demand once and for all: Let them go now! “Chirino added, referring to the communist regime established on the island more than 60 years ago.

The choruses of the song include phrases such as “let them go now”, “let the wall fall down”, “this is no longer going backwards” and “what the people want is freedom.”

“It is our duty as citizens of the world to support the movement that rose up on the island to achieve the freedom of Cuba. What better way to do it than with a new anthem that inspires those brave people on the island to continue with this struggle” , declares Nelson Albareda, president of Loud and Live.

The production of the song, which was recorded at the Mars Music Studio in Miami, was in charge of Chirino, Lenier, Mauro Bertrán, Albareda and Nelson Martínez.

The demonstrations of July 11 last, unprecedented in more than six decades of communism in Cuba, occurred as a reaction to the extreme crisis in the country, where food, hygiene items and medicines are scarce, queues proliferate, covid- 19 is out of control and more and more stores sell products in international currencies, inaccessible to part of the population.