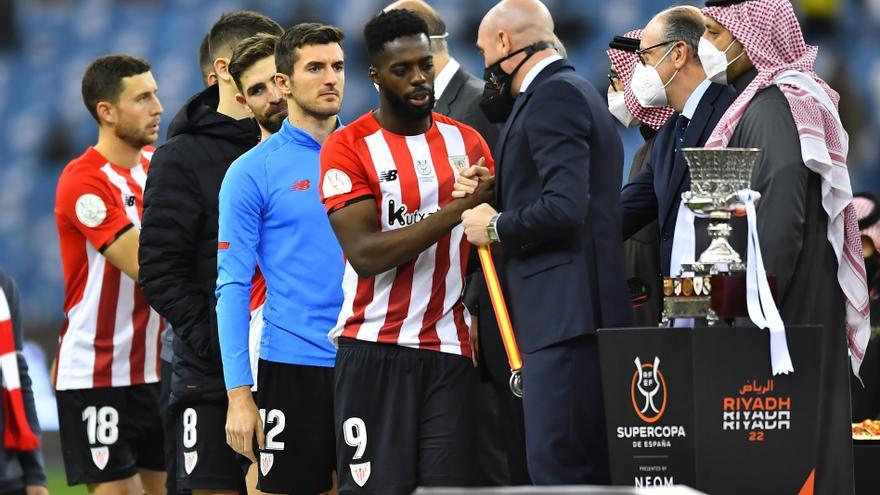 "If we had had before those occasions that we have had in the last 15 minutes perhaps we could have given the surprise. It's a shame that they gave us a penalty because we wanted to play a long game and they would get nervous. But it hasn't been possible to think about Thursday", in the Copa del Rey round of 16 match against FC Barcelona in San Mamés.

"Losing a final always hurts. We were very excited and we had done things very well in the semi-final, but compete against Real Madrid a team like Athletic, with our philosophy, is a pride for us", considered the microphones of Vamos.

"People can be proud, although hurt because we came with many hopes of winning," he added, acknowledging that "Madrid, which has many quality players, is the fair winner". "They deserve it and we should congratulate them," he added, lamenting that the white team did not "let them make many chances" for goals.

Iñaki remembered his brother Nico and the rest of the youngsters on the team. "For Nico and for many of the youngsters it was their first final and I have told the kids that in life you lose more than you win and that you have to keep rowing, keep fighting and keep suffering because this is Athletic ", he stressed.

"Playing finals is not easy and any team would have liked to play four in a year like usAnd we will continue fighting for opportunities like this to come," he assured.