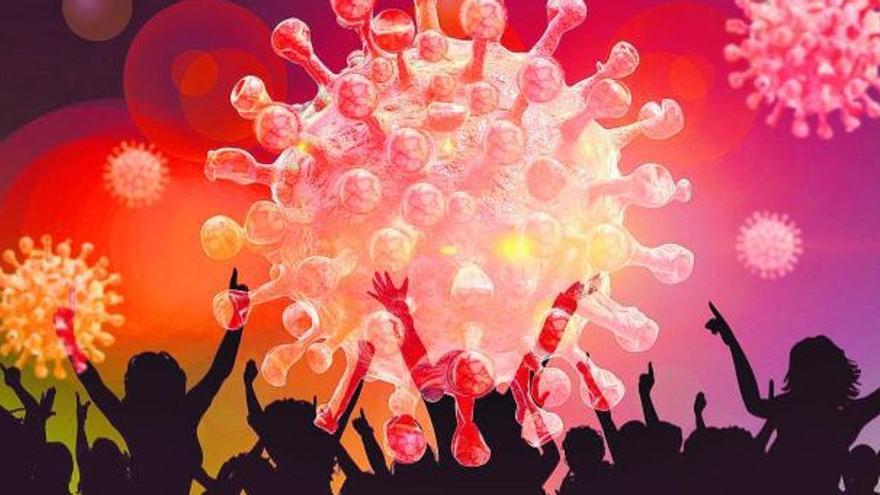 Precious time was lost just as early in its expansion the coronavirus it was still controllable. By the time it was a serious public health problem and the virus had spread throughout the world, it was still repeated that in Spain we would hardly have cases.

Having failed to prepare for a pandemic, it was very easy for the coronavirus to spread. However, contrary to what we thought, it was not at all improbable that a serious global pandemic could ravage humanity. Quite the opposite.

And if not, look at the facts we list below. They are a small sample, just as an example, of the reality with which we could work:

– In the 10 years prior to the current pandemic of the COVID-19 We continue to live with the AIDS pandemic, which has already caused 33 million deaths.

– There were many other very dangerous virus outbreaks such as Nipah in India, in 2018, or Hantavirus in China.

– Other coronaviruses close to SARS-CoV-2, such as MERS-CoV, also produced outbreaks with high lethality in 2012 and 2013, which were luckily controlled.

– There were also many other outbreaks such as the Zika virus or the West Nile.

– In addition, bacterial pandemics occurred. For example, a cholera one that in Haiti killed more than 10,000 people in 2010. There were also cholera outbreaks in Yemen …

Thus up to no less than 10,700 epidemic outbreaks of greater or lesser severity, which have occurred throughout the world during the last 10 years. There were certainly more than enough indications to be wary. Then…

Why do we misjudge pandemic risk?

Amos Tversky and Daniel Kahneman, two experts in mathematical models of human cognitive processes, anticipated the answer. When judging an event of high uncertainty, the correct thing to do is to calculate probabilities and often use extensive algorithmic processing that is quite reliable. But instead of doing that, people tend to use a mental shortcut called the availability bias.

We use a close memory, which we believe to be related to the unlikely event we are to judge, and we base our predictions on that memory.

Said colloquially, when we have no idea how to calculate the probability that something can happen, we choose the first thing that comes to mind.

Since most of us had never had an epidemic in our lives, we thought we would never have it.

Tversky and Kahneman also found that it is very easy for humans to fall into confirmation bias.

Faced with events that are unknown to us, we tend to look for information that confirms our a priori beliefs. Obviously no one wants to go through the hardships of a great pandemic. In this context, it was easy to find information that confirmed our belief that there was not going to be any. Availability biases and confirmation biases conditioned our disastrous ability to predict the COVID-19 pandemic.

The important thing now is to ask correctly an essential question. Once we get rid of COVID-19 Will we ever face a new pandemic again in our lives? Will it happen soon?

It is convenient to get the answer right. Because it is not the same to organize our future knowing that if we do not radically change our lives in a short time, a new pandemic will devastate us again, than to be sure that we can safely recover our life from before.

Could we be catastrophically wrong again predicting the next pandemic?

Everything indicates yes. Contrary to what we might imagine, it is more difficult to get the real probability of suffering a second pandemic right than it is to get the first one.

The main culprit is a cognitive bias known as the Monte Carlo fallacy. This is the misconception of thinking that if a particular event occurs more frequently than normal in the past, then it is less likely to occur in the future.

In this sense, on August 18, 1913, on a roulette wheel at the Monte Carlo Casino, it came out black 26 times in a row. The probability of this happening on a non-gimmicked roulette is (18/37) (26-1). Exactly 1 time out of 661,666,666 times. Unlikely, but not impossible. Hundreds of players went bankrupt by repeatedly betting on red thinking (wrongly) that after so many blacks in a row coming out red was far more likely. The reality is that regardless of all the history that happened before, the probability of coming out red on a roulette wheel is the same as that of coming out black (exactly 18/37).

Why do we predict so badly?

The problem is that during most of our existence we were hunter gatherers. Many of these cognitive biases were fixed in our minds during that time. But what does not harm a hunter-gatherer who moved a few kilometers on foot interacting with a small group of little more than a hundred individuals, can be catastrophic for a species in which most of its individuals live in cities. and millions of them travel thousands of kilometers around the world in a few hours. We do not want to accept an obvious fact in our fight against pandemics. We are in the hands of a game theory phenomenon known as “gamer’s downfall.” Let’s imagine that we are hopelessly hooked on a game of chance in which we are competent players. We have a limited amount of money to bet. But they force us to play without ever being able to withdraw. Only if we go bankrupt are we eliminated forever. The problem is that we play against the “infinite casino” whose resources never run out. Such a game has only one outcome. Although we play excellently, sooner or later we will end up losing.

Estimates from the ‘Global Virome Project’ indicate that there are at least 827,000 pandemic viruses that could make the jump to humans at any time. Other estimates indicate that that number is much closer to 21,000,000. In any case, our options are very similar to playing against the “infinite casino” in the previous example.

Anyone who reasons without falling into availability and confirmation biases, and who avoids the Monte Carlo fallacy is able to understand that maintaining our lifestyle leads to the ruin of the player. If we continue to think like hunter-gatherers, our ruin is assured.

Tags: make mistakes, next, pandemic, predict, We will be back