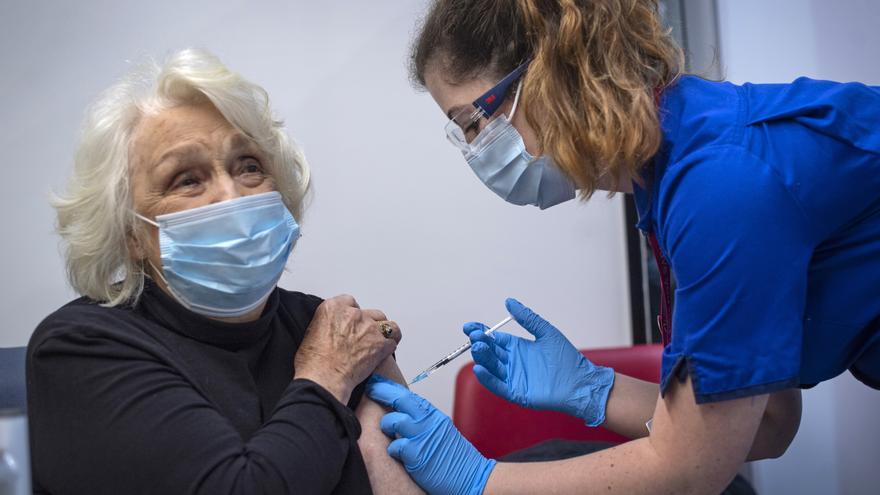 Viruses constantly mutate. Most of the new variants die. Sometimes they spread without altering the behavior of the virus. Very occasionally, they trigger drastic changes. And the question that scientists now face is simple: does the VUI-202012/01 variant fall into the latter category? Does it pose a greater health risk? Or has its recent and rapid spread across the south of England come about because it has arisen in people who infect many others, probably because they are ignoring measures to curb COVID-19?

This weekend, doctor and epidemiologist Chris Whitty, the UK government’s chief medical adviser, has vehemently answered these key questions, which were brought to the table last week, after the Minister for Health and Welfare, Matt Hancock, will reveal the existence of the new strain.

Whitty noted that as a result of the rapid spread of the new strain, preliminary modeling data, and rapidly increasing incidence rates in the Southeast, “the New and Emerging Respiratory Virus Threat Advisory Group (Nervtag) considers now that the new strain can spread more quickly. We have alerted the World Health Organization and continue to analyze the available data to improve our understanding. ”

These tests involve scientists growing the new strain in labs, studying the variant’s antibody response, and testing its cross-reactions with COVID-19 vaccines. In addition, the health authorities are carrying out the random sequencing of samples of positive cases throughout the country in order to study their spread and develop regional maps of their prevalence. This will take at least two weeks.

The appearance of the new variant is alarming, although it should be noted that there have been several previous mutations of the virus. Last month, the Danish government euthanized millions of minks after it came to light that hundreds of COVID-19 cases were associated with variants of SARS-CoV-2 carried by farm mink. And in October, analyzes suggested that a variant of the coronavirus that originated in Spanish agricultural workers spread rapidly across Europe and was the cause of most cases in the UK.

In neither case were these variants found to increase disease transmission. However, it is now clear that this is not the case for the VUI-202012/01 variant. What scientists need to address is concern about the impact of the new strain, particularly whether it will lead to an increase in seriously ill or whether it will actually lead to fewer cases. The other big question is whether the new variant will be able to avoid the protection offered by vaccines against the disease that have begun to be administered throughout the country.

“If the new variant were to have an impact on the severity of the disease, we would have already seen it,” said Ewan Birney, deputy director general of the European Molecular Biology Laboratory and co-director of its European Institute of Bioinformatics in Cambridge.

“The proportion of people hospitalized by number of infections would have skyrocketed or decreased dramatically. Neither thing has happened, so we can conclude that the impact on the number of severe cases is probably modest: slightly higher or lower than what it was being observed “.

Birney has also pointed out that the vaccines have been tested with many variants of the virus in circulation. “So there is reason to think that vaccines will work against this new strain as well, although obviously that needs to be looked at closely.” It is not known exactly where the variant first appeared. It may simply be that the virus tracking system in the UK detected it earlier than other countries. Birney notes that “it is just as likely that the mutations that created this variant occurred in the UK and that is why we have detected it before.”