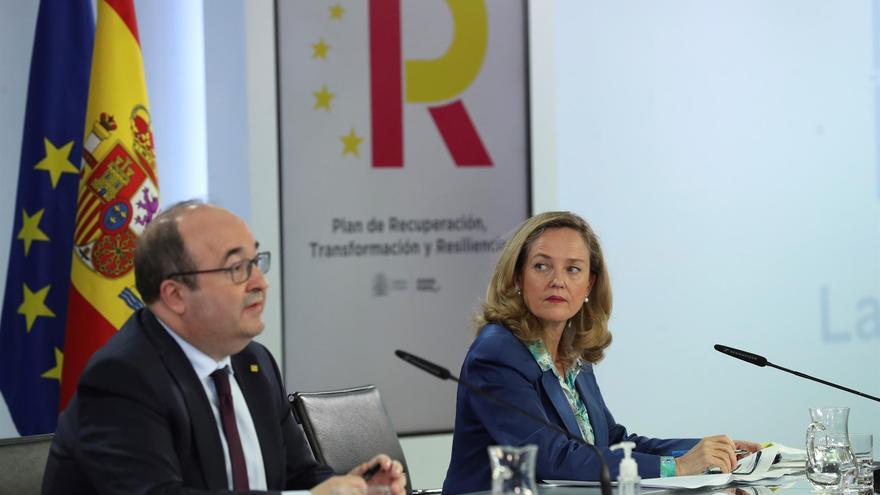 The movements of temporary public workers who ask for the fixation of their positions estimate that in Spain there are 800,000 temporary employees “in fraud” within the Public Administrations. However, the Government has always specified that not all the temporary work in the public sector is abusive and that the number of positions that could be considered permanent was less. This Monday, the Minister of Territorial Policy and Public Function, Miquel Iceta, has put a figure to abuse: 300,000 temporary employees who occupy positions temporarily despite fulfilling structural functions.

The Government has agreed with the European Commission to fill these 300,000 positions with permanent workers in the next three years as part of the commitments to receive the funds from the recovery plan for the coronavirus. In a press conference with Vice President Nadia Calviño, Iceta has recognized the “excessive concentration of temporary staff in the last 10 years” suffered by public employees.

However, temporary fraud does not affect all levels of the Administration equally, according to the figures provided by the minister. The highest incidence is found among workers in the autonomous public services, where it stands at 30%, the sectors most affected being health and education. In the municipalities the average is 13%, while in the central it remains at 8%.

The government’s goal is for the maximum ceiling at all levels to be 8%. To combat this temporary nature, it will allocate 1,000 million euros from the recovery fund, some 970 million will be managed by the communities and municipalities and the remaining 30 from the Ministry. In addition, Iceta recalled that the Government is carrying out reforms such as the Basic Statute of the public employee to include measures such as the one that states that if an administration covers a structural position with an interim worker for more than three years, it risks losing that square.

However, temporality is not the only scourge that administrations drag. Countering aging (the average age of civil servants is 52, a decade older than in the private sector) and improving the recruitment of talent will be the other two priorities. For this, the Government will try to convey that “the Administration is not the last refuge, but can be enriching for workers” and will implement measures to try to increase the profile of managers and increase parity between women and men in the positions of responsibility.

The Government has included measures to reduce the interim and rejuvenate the workforce of public workers within the heading of European funds that includes the digitization measures of the administrations. In this component, which will receive 4,315 million in total, there are also structural reforms such as “robotization and artificial intelligence” of bureaucratic processes, Calviño explained, with the aim of “reducing management times and providing faster service, in the management of unemployment benefits, subsidies and public procurement “.

A key aspect of the digitization of administrations is to improve their accessibility through mobile phones “before the end of 2022”, said the vice president. “We will be able to sign electronically in a simple way with our mobile devices, quickly and easily consult the status of our administrative procedures, download digital certificates on our mobiles, such as certificates of address, ownership of properties or vehicles, to present them electronically wherever necessary” , has assured.

The sectors in which greater emphasis will be placed are those of justice and health, Calviño continued. The first, with measures such as “the management of procedures through mobile devices or connection of the procedural management systems to be able to carry out telematic trials”. In health, with the “improvement of internal coordination and the implementation of the creation of common data spaces and predictive models before the end of 2023”. This part of the plan is endowed with 2,600 million euros.

Extending the use of data in all sectors of the Administration is, in any case, another of the strategic goals of the plans sent to Brussels. In this sense, the minister has cited the specific case of SEPE, to more effectively match the needs of job offers with those of demand.

The digitization of the Administration is component 11 (of 30) of the Pedro Sánchez Executive recovery, transformation and resilience Plan for European funds. It is part of the Digital Transformation axis, which together with Ecological Transformation, Social and Territorial Cohesion and Gender Equality, are the four columns of the Plan. Spain, which is with Italy one of the most benefited countries, corresponds to 140,000 million, of which almost 70,000 will be disbursed in the form of non-refundable transfers, and the rest as low-interest loans.