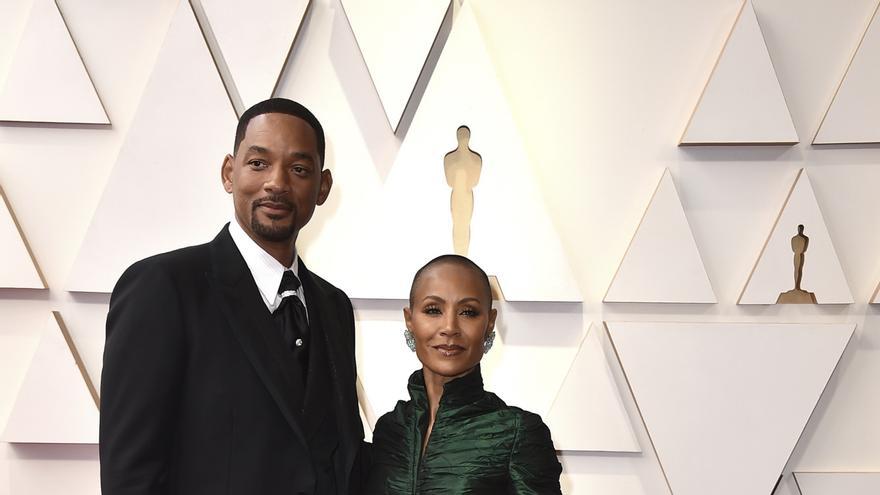 Will Smith is, as of this Sunday, one of those cases that could well serve as a study in a course on new masculinities. Smith, a kind guy, known for roles that in some cases delved into new male models and for speeches that bet on free love relationships, has ended up slapping another man in prime time. The victim, Chris Rock, had just made a hurtful joke about actress Jada Pinkett, the actor's partner. Will Smith walked purposefully onto the stage, punched Rock in the face, and came back to his seat to yell, "Get my wife's name out of your fucking mouth." And this is how Will Smith has embodied better than anyone the role of a liberal type who has learned speech but is not capable of putting it into action.

"The great pending task for men is self-regulation, emotional management and coherence between speech and performance." It is the phrase with which the equality and masculinity consultant David Kaplún unites what happened at the Oscars with what he observes in activism and in society: men with a learned discourse, in which they believe to a great extent, but unable to self-regulate when key moments arrive.

“The new feminist wave is putting the focus on us, and the issue of masculinities is taking a lot of flight. It is a message that is penetrating from a more cognitive, mental, ideological approach, but not with all the depth that it would require, because this has to do with a change of consciousness, with an attitudinal, emotional, relational change... ”, he explains. Kaplun. This profound change goes beyond knowing how to cry or allowing oneself to show emotions, she maintains, but rather has to do fundamentally with self-regulation: "Knowing when it's time to listen instead of talking or giving a shit."

Smith's attitude connects with that masculinity that ends up reproducing the same model he criticizes, even reaching physical or verbal violence when, for example, another man says something to a friend or partner. Kaplún recalls that a coherent personal context is needed that gives entity to the speeches and even, in the case of the actor, to the characters with whom on occasion Smith has seemed to sharpen paternity or the relationship between men and care .

The new masculinity of always that the journalist and writer Antonio J. Rodriguez spoke of in his homonymous book refers to those “new models of masculinities that do not differ at all from traditional masculinities in the conventional or in their DNA”. “After the importance of all this conversation around feminism, there have been two great reactions: one, the appearance of particularly recalcitrant, reactionary masculinities, and another, the figure of the new masculinities or their synonyms, which apparently are a more noble and that in many cases is in tune with some of the feminist demands, although it is true that in essence they have not changed that much. It marks a kind of before and after, that within the bad is not the worst way but I think that a more radical approach to masculinity implies going further. The last frontier of masculinity for me are two elements that I raise in the book: the renunciation of ownership of the woman's body, and the renunciation of the permanent state of war with other men”, Rodríguez said in an interview with elDiario.es .

Seen what has been seen, Will Smith has not given up one or the other. For Beatriz Ranea, author of 'Disarm masculinity', it is a clear example of that masculinity that, on the one hand, assumes the role of man as protector and that, on the other, resorts to violence as a form of 'resolution' of the conflicts that arise, even more so when that conflict occurs with another man with whom in some way a "competition" is established to determine who is more of a man.

"Chris Rock's comment towards Jada Pinkett is discriminatory and hurtful, it is out of place, but that does not justify that reaction, resorting to physical violence in such a context, in addition, in a gala followed worldwide it has a brutal symbolic load, it transmits that idea of ​​a protective male who violates another to protect his wife”, says Ranea. Will Smith's subsequent speech, after picking up the Oscar for Best Actor in tears, has not only not served as an apology but has made things worse. Although Smith apologized to the Academy, he justified his conduct with a dangerous argument: “I am overwhelmed by what God is asking me to do and be in this world. I have received the call to love and protect my people. I already know that in this profession we have to be able to suffer insults, put up with people disrespecting us, smile and pretend that nothing is happening (...) Love makes you do crazy things”.

In three sentences, Smith reproduced the discourse that feminism has been fighting for decades. “That story that love leads me to do all kinds of things... It is the usual discourse that justifies gender-based violence under the umbrella of love and passion, it is the legitimization of losing your mind for love because for love everything is justified”, says Beatriz Ranea. In the absence of knowing if Will Smith's attitude will have any kind of consequences, we can already say several things. One, that a man who has committed a live attack and who has justified it in the name of love has been able to continue attending the gala in the front row, with the only subsequent reproach of a tweet from the Academy. Another, gentlemen, self-regulate.