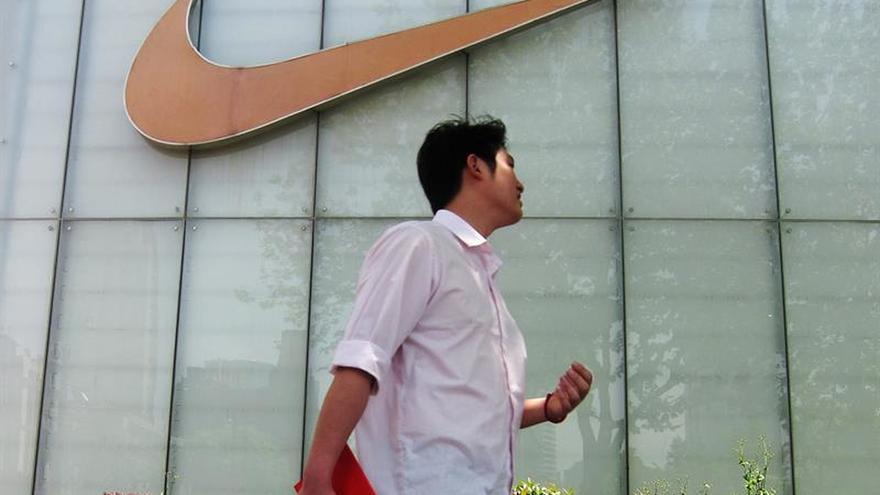 A perfect storm with less than 90 days of key consumption dates. A sum of factors That can make many of the Christmas purchases have to rethink because the products are simply not in stores, neither online nor physical.

It is not only a delay in the supply chain due to the lack of cargo ships that move products from Asian factories. In addition, large consumer goods, such as sportswear manufacturers Nike or AdidasThey have already assumed they have a production problem in Vietnam. A country that, in recent years, has become a powerhouse in textile and footwear production and where the Delta variant of the coronavirus has caused factories to either remain closed or to produce at half gas.

This situation is already leading to a trickle of notices from multinationals that warn of problems in supply lines. The first to take the blow has been the American giant Nike.

“In the last 90 days, two things have happened that the industry has not been able to anticipate. The first, that long-range shipments are taking longer and longer. The second, that several governments have decreed lockdowns in Vietnam and Indonesia,” assured a few days ago the financial head of Nike, Matthew Friend, in an event with financial analysts.

“Today, Indonesia is fully operational, but in Vietnam, practically all shoe factories remain closed,” he said during the presentation of the results of the first fiscal quarter of the multinational.

There is not excessive room for maneuver to move production to other countries and proof of this is that Nike has had to lower its revenue forecasts for the whole of the year 2022, which includes the almost imminent Christmas.

If before this supply crisis you expected your sales to grow in double digits, between 10% and 15%; now it foresees that its income will be limited to advance around 5%.

The Nike thing is a warning to sailors since the season for the presentation of results for the third quarter of the year now opens, in which all the large listed companies will have to reveal not only how they have done between June and September, but also as expected to close 2021. Which, in theory, was going to be the year of recovery. In fact, Nike’s financial manager assumed that they do not get to produce as they would like while demand “has never been so high.”

In his case, more than three-quarters of his production comes from Asia, figures similar to those of his competitors, but also to other names of mass consumer ‘retail’, such as H&M.

Other manufacturers of sportswear, such as the American Under Armor or the German Adidas, have also assumed delays due to the closures of factories in Vietnam, which have already lasted for months.

For companies, this situation impacts costs, hits their sales and, in addition, sees how their financial image and investment rating are damaged. This has happened to Adidas, to whom Bank of America has lowered its ‘rating’, its note for investors, from neutral to underweight on Monday. Behind that step back, he points out, the uncertainty about the evolution of the Chinese market and the problems in the supply chain.

A break in the supply chain that, according to this entity, poses a risk to revenue growth in the fourth quarter of 2021 and for 2022, due to the lower availability of products. To this, in addition, energy and transport costs are added.

The situation in Vietnam could be a drop in the bucket if it weren’t for the corporate world watching out for shipping. Not only have costs risen because there are fewer ships than before the pandemic to distribute production from Asia. In addition, the deadlines have been doubled.

If two years ago the maritime transport between China and the United States took an average of 40 days, now, according to data collected by the Bloomberg agency, it takes an average of 80. Not only are there no ships, but also to be able to dock in the major ports entail delays due to ‘traffic jams’.

Faced with this situation, some large manufacturers are rethinking their strategies. The Californian multinational GAP, one of the largest textile distribution companies, together with Inditex, Fast Retailing (Uniqlo’s Japanese parent company) and Primark, has advanced that it seeks to solve the problems by changing transport by ship to plane, with the consequent impact on margins.

And the Italian Benetton has opened the door to bring production closer to its main European markets. Specifically, take it to Tunisia, Turkey and Egypt, for example.

“It is a strategic decision to have more control over the entire production process and also over transport costs,” CEO Massimo Renon told Reuters.

On the road, the Italian brand has already transferred about 10% of its production from countries such as Bangladesh, China or the aforementioned Vietnam.

Spanish companies are not immune to this situation. The main Spanish listed company by stock market value, Inditex produces both in China and Vietnam. It has not revealed to the market if this situation is impacting it, although it is true that its president Pablo Isla often emphasizes that the owner of Zara is one of the companies with the greatest room for maneuver when adapting production to the market situation.

In its report for financial year 2020, it indicates that 53% of the factories that carry out final product processes (cutting, making, dyeing and washing) are located in markets close to its Galician headquarters, including Turkey, Morocco, Portugal and Spain.

In that annual report, the multinational company breaks down that, as of January 31, the close of its fiscal year, it had 7 suppliers with purchases in Vietnam and 110 associated factories, compared to 412 in China, with 1,414 factories. In Spain, as a comparison, it had 177 suppliers with 135 factories with production.

Higher are the numbers of workers that make up the staff of the manufacturers that work for Inditex in Vietnam. In China, 635,532; and in Spain, 19,718 people. It is clear that an impact or changes in the production chain will have a direct reflection on employment in these countries.