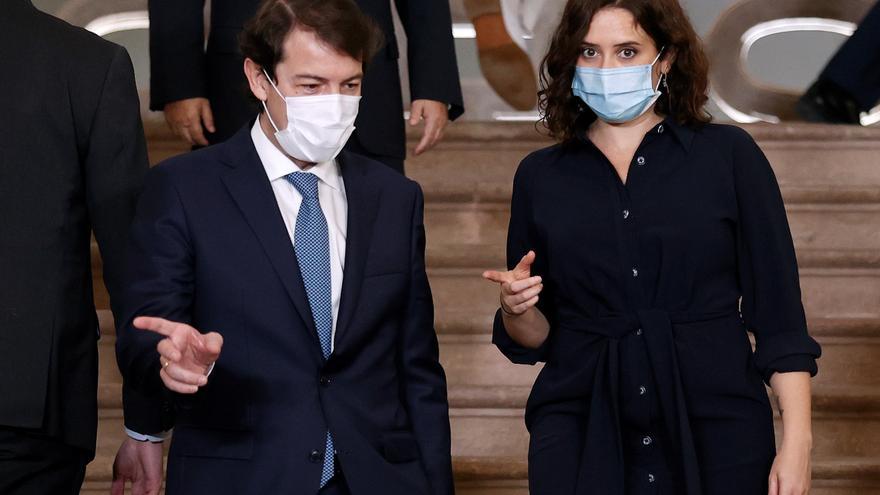 Two higher courts of justice have made opposite decisions in the last 24 hours on the same fact: the confinement imposed by Health to try to stop the outbreaks of COVID in large cities. While Madrid’s justice system has overturned mobility restrictions imposed in 10 cities, the court of Castilla y León has endorsed the confinement of León, Palencia and San Andrés del Rabanedo. Behind both decisions there is a legal nuance that hides a political war.

The confinement decreed by the Ministry of Health obliged, whoever started it, to ask the higher court of justice of their community for a ratification of these measures. The fundamental difference that explains these apparently contradictory decisions is in the argumentation that each administration presented to its corresponding platform. Or, more specifically, to the law used to impose the restrictions.

Madrid, openly against limiting mobility on a large scale and in the middle of a battle against the central government, asked the Superior Court of Justice of Madrid (TSJM) to endorse the confinement imposed by Health under the protection of Law 16/2003, of May 28, cohesion and quality of the National Health System. It is the same that the Ministry used to issue the order with the criteria of confinement after the Interterritorial Council last week.

The problem is that it is not an organic law -the ones that limit fundamental rights-, nor does it exactly include the possibility that the Ministry forces a CCAA to impose a confinement. The judges consider that this 2003 law does not contain “legal authorization” to restrict freedom of movement, and that the way forward would be an organic law that passes through Congress or recourse to a state of alarm.

The TSJM emphasizes on several occasions that this 2003 law is the only legal coverage that is argued, both by Health to issue its order and by the lawyers of the Community of Madrid before the court. Why the insistence of the judges in remarking that only that rule is referred to? Because there was the possibility of taking advantage of another law, the path that the Junta de Castilla y León has chosen and which has been successful.

The government of that community went to its Superior Court of Justice to ratify the confinement measures that it had imposed in three territories, but it did so without relying solely on the 2003 law. The Board’s lawyers also referred to Organic Law 3 / 1986 on Special Measures in Public Health Matters.

The first difference is that it is an organic law, which allows limiting fundamental rights; the second, which in one of its articles allows the competent health authority -the autonomous community- to take the measures “it deems necessary” to stop the spread of a disease. The Castilla y León court has accepted the argument based on that rule and has endorsed the confinement.

The Community of Madrid itself had used this law in previous legal proceedings for the courts to accept the restrictive measures it was taking, such as when Isabel Díaz Ayuso imposed mobility restrictions on 17 sanitary areas or when it prohibited smoking in public spaces.

This time he has decided to base himself on the 2003 law and not on 1986. The difference between the previous occasions is that they were restrictions imposed by Madrid, and this time he had to go to court for a measure required by Health with which the regional government did not agree. Ayuso’s legal services chose to abide by the law that Health wielded – even knowing that it was insufficient – and did not add any reference to that of 1986.

Castilla y León, for its part, never opposed city confinement. He decided to limit mobility even in towns with less than 100,000 inhabitants, below the threshold set by Health, and went to court to seek judicial support using the appropriate law.