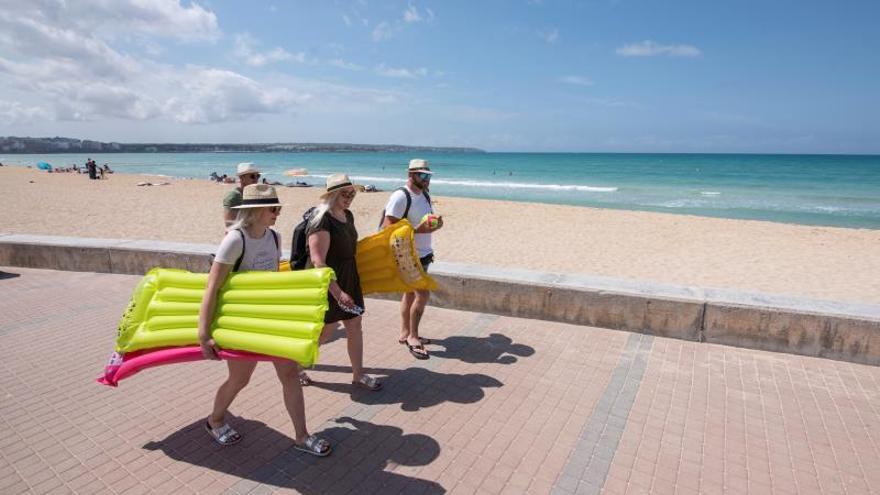 Spain runs the risk of losing its grip on the recovery, according to the OECD. The organization published an indicator this Monday, the CLI, which left our country in a very bad place. While the rest of the euro area economies – France, Germany, Italy, the United Kingdom, Portugal … – rebounded strongly in July, Spain fell compared to June and was far from the average for the group’s countries. In contrast to the “continued strengthening” of the group, Spain “points to tentative signs of slowdown,” said a spokesman.

The CLI is a composite index of indicators that is intended to be ahead of actual data. “Analysts use these indices a lot because they are the first advances there is,” explains Eduardo Naranjo, director of financial markets at Caja de Ingenieros. “These are usually consumer confidence data, business surveys on how they see the picture … When the GDP is known, the markets do not react because they already know where the shots are going. This tells you what the real data will be like.” Specifically, the CLI for Spain in July stood at 93.72 points, only above the Czech Republic, Slovakia and Slovenia.

The Spanish data, Naranjo continues, is not surprising. Spain has had one of the strictest confinements, which has caused a brutal drop in domestic demand. As uncertainty remains latent –and sprouts complicate the exit in a ‘V’ shape– “All companies make conservative policies: they save costs, collect cash and try to save the year because they don’t know what they are going to get in. That makes them invest less and affects the rest of the economy.”

On the other hand, foreign tourism was the great hope of recovery in summer. The Government approved a pilot project in the Balearic Islands, before opening the borders, to show the world that Spain was a safe destination. Reservations were picking up pace until the last week of July, when several countries recommended not to come and the United Kingdom gave us the final blow by imposing a mandatory quarantine on whoever arrived from here. “That has been quite strong and will impact the GDP in the third quarter,” warns Florentino Felgueroso, associate researcher at the Foundation for Applied Economics Studies (Fedea).

However, the OECD index does not take into account any data directly related to the tourism sector or the international visitor. On the contrary, the number comes from various indicators that measure the state of industry, construction and domestic consumption. These vary by country. For Spain, the organization uses industrial capacity, trends in construction employment, the homeless CPI, consumer confidence, the Stock Market index, and car sales. And, as Felgueroso highlights, Spain already had a low figure before the pandemic.

We were in a slowdown process that has expanded, but the low position now is not due to the pandemic as such

“In January we had already fallen from the first positions of the index to the last. We were in a deceleration process that has expanded, but the low position now is not due to the pandemic as such,” explains the researcher. “It is a subjective indicator, but one that is quite correct. Six months ago, it already told us that we were slowing down. We must add that factor to understand our current position.”

Take, for example, the evolution of employment in construction. Since May 2019, membership has slowed down, as was the case in industry and transportation. In fact, it must be remembered that the employment data in January were bad and that destruction was the highest since 2013.

The capacity of the industry – the percentage of industrial activity in the country with respect to the total that it can reach – had also fallen slightly in the last quarter of 2019 and the first of 2020, after several quarters at highs, above 80% and very far already from the figures reached in the previous crisis, when our industry reached 70% of its capacity. This has meant that the recovery is slower than in other European countries and that currently almost a third of the sector remains idle.

On the stock market, things are not much better. The Ibex 35 it has lost 29% of its value since the end of February to rank as the worst in Europe, with especially strong falls in tourism companies (Meliá, IAG or Amadeus) and in banks (BBVA or Santander), which have registered record losses in the first half of the year and also have a lot of weight in the Spanish economy. Lastly, Spain is the eurozone country in which car sales (which tend to be closely linked to the evolution of GDP) have fallen the most in the first six months of the year. Again, the trend is not a surprise: already in January the data warned of the slowdown.

The slowdown that Spain was already bringing is one of the reasons that explain why we fare so badly in the OECD indicator. The fall in domestic consumption due to confinement, the structure of the business fabric – made up mainly of SMEs – and the weakness of our labor market add to the cocktail. Dependence on tourism is part of the story, but not all. In fact, countries like Italy or France also have a high percentage of tourism GDP and neither the GDP has fallen so much nor are they that low in the OECD chart.

“The conditions of the Spanish labor market are worse than the rest. We start at a disadvantage due to structural unemployment and the percentage of temporary employment. If the working conditions are more backward, the savings ratios are worse. That weighs on consumption,” says Naranjo . Temporary jobs are the first to be destroyed if things go wrong. And the Spanish industrial fabric cannot be compared with the French, he continues, not even if we look at our ‘pretty girl’, the automobile industry. “It is a sector with tremendous challenges ahead and that the coronavirus has accelerated. I would prefer to have 10% of GDP in industries with a better medium-term trend, such as the transition to electric models,” he continues.

At the moment, Spain does not have major investment plans in electrification, continues to subsidize polluting cars and it runs the risk of becoming obsolete compared to Germany, China, Korea and the United States, which is where most batteries are made.

“In addition to having two sectors very exposed to restrictions, such as tourism and commerce, we fare very badly in the size of the companies. The small ones have fixed costs, such as rent, and different ways of financing themselves. They do not go to the market But the bank or the State. They suffer more, “adds Felgueroso. Although the state is supporting companies and family incomes with instruments such as ICO credits, ERTEs and the minimum vital income, our starting point was more fragile and was worse prepared for a crisis than that of other countries, hence the recovery slower is expected.

“The important thing is that the crisis is spreading to all sectors. Demand has changed, people are saving as a precaution and we are not consuming as much. That is when we enter a recession: when income is affected and consumption is affected,” he concludes the investigator. “In principle, what the OECD says about why we are going to have a worse time is because there is a risk that the direct effects in some sectors will end up expanding.”

Valencia, a consensus headquarters with symbolic value for the main Spanish bank