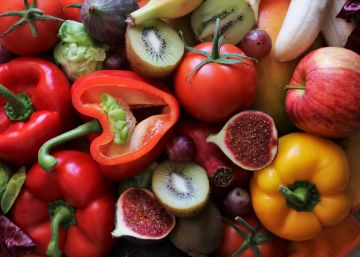 Last week we were very alarmed by Headlines warning of the danger of vegan food for the development and health of the brain for being deficient in choline, based on a text (not in a scientific study, as it has been claimed) that a doctor who is part of the Meat Advisory Panel referred to the magazine BMJ. That very clear conflict of interest was not included in the original publication and the BMJ He had to rectify it later. Now if you can read (In Footnotes, Competing interests).

I will not go into assessing the motivation that the panel can have in paying to publish that opinion in the open BMJ and ensure that a wide distribution is made to the media, without citing the conflict of interest until they were required. I think it's quite obvious. And eye. Conflicts of interest are not bad per se, nor is there anyone who is free of them. The bad thing is that they condition or misrepresent a message.

Nor will I focus on the curious omissions of Dr. Derbyshire by forgetting on her list of foods rich in choline to soybeans (one of the most notable), for example, to go directly to almonds.

That text not only gave rise to news with yellow headlines, we also have burlesque articles and clearly offensive (in addition to serious technical errors) towards the collective, which we would never tolerate targeting other minorities, but that when they ridicule vegans roam freely through the national press with the complacency and applause of too many people.

There is not a single health alert for choline deficit in the vegan population, despite a text from a person who works for a lobby quite significant in relation to the subject was enough to launch at least successful headlines, jocular opinion articles and alarmist news. Regardless of your dietary choice or lifestyle, this has to grind.

And a few days later, we had the second round: published a new prospective study fruit of the EPIC-OXFORD cohorts that observe the risk of cardiac ischemia and stroke in meat consumers (meat eaters), fish consumers (fish eaters) and vegetarians. Again the press echoes it with Headlines who insist on the “greater risk of stroke” of vegetarians, without any reference to the risk 22% higher than meat consumers have of suffering from coronary heart disease, which is another of the conclusions of the same study. The headlines and social networks focus on the first message and even if in the body of the news they give the rest of the information.

And yes, a headline who said “A study indicates that those who consume meat have a 22% higher risk of having an ischemic heart disease than vegetarians” would be equally partial, when talking about this particular work. But that does not happen. And it would be more justified, because the statistical relevance is greater at this point than in the stroke.

The authors themselves have not established the cause of this result. They point to lower rates of LDL cholesterol, or other nutrients (B12, omega 3 …) as possible related factors, but without a clear causation. And they affirm that more studies are needed and to confirm this aspect in other populations, since EPIC-OXFORD is carried out with population residing in the United Kingdom.

If I had to speculate, and I stress that of “speculating” to make it clear that what comes next is nothing more than a hypothesis based on my personal experience, I would point to B12. I explain myself: we know that a B12 deficit increases homocysteine ​​values ​​and that hyperhomocysteinemia is related to a significant increase in the risk of thrombosis and cardiovascular accident. It seems plausible that this difference may be due to a poor supplementation of the vitamin cited, or that it was one of the causes. The publication itself does not get wet when it comes to attributing that result to the diet itself and not to other factors.

In that case, the message by the health workers should focus on insisting and providing information on the correct supplementation and the correct determination of B12 status in this population (advice that will always be positive, whether or not B12 is the cause of the statistical difference of which we speak). Not to discourage the dietary model, for a rather modest negative result, also avoiding the benefits. In fact, following that line, the consistent thing would be to discourage the traditional diet because the vegetarian has a 22% lower risk of cardiovascular accident, according to the same work. A difference higher than the case of stroke, I insist. And yet we do not consider giving that message, nor are there any national press headers urging people to become vegan because of the risk of heart attack that the omnivorous diet entails.

And no, I don't think we should discourage the traditional diet with that argument (in case anyone has understood it that way), nor with any similar. In fact, anyone with a background in science will agree that advising or demonizing a lifestyle based on a single observational study is a complete mistake and a tremendous lack of professionalism.

I think we should give healthy eating advice, considering all the options. And according to which population we are targeting, emphasize the most priority weaknesses. For example, if we address the general population, given what we know of the usual diet of the Spaniards, it is a good idea to insist on the increase in the consumption of legumes and the reduction of processed meat. And if we go to the vegetarian population, it is a good idea to insist that they take the B12 once a week. To give two simple examples.

Then there are messages that do not differ from one group to another, for example "the less alcohol, the better" or the advice on limiting the consumption of ultraprocessed.

What is not defensible is to say "the traditional diet causes diabetes and colon cancer, become vegetarian", or "the vegan diet causes stroke or affects the development of the brain, eat meat." Both statements are fallacious and, above all, irresponsible, but curiously, they are in the press of the second one, we find them in the press day and day without almost anyone being immuted, on the contrary, it seems that there is an eagerness to encourage it. I ask you to think a little about the different measuring stick.

On the other hand, to encourage the population to go on a vegetarian diet, if that is our intention, it is not necessary to resort to health issues. The most powerful arguments are political and ethical, and they are those who motivate to most vegans. The debate is there, in the treatment of animals, in deforestation, in the greenhouse effect … not in health.

In health matters, the important thing is to provide adequate dietary advice to those who have decided to make an extra effort in their consumption for the common good. Exactly the same as we do with the rest of the population: report on how to eat a traditional healthy diet, which foods to prioritize and which ones to avoid or limit. No more no less.

In relation to health, today we know that a well-organized vegetarian or vegan eating pattern is perfectly healthy. And that poorly organized or with a poor choice of food, can lead to health problems.

This paragraph above is exactly applicable to a traditional diet with foods of animal origin: we know that an "omnivorous" diet is perfectly compatible with a good state of health, as long as it is well organized and a good food choice is made. What happens when it is done badly, you have full hospitals.

In the face of the press and disseminators, I would ask for a simple exercise: do you write headlines or similar articles to condemn the entire traditional diet (not a specific aspect) based on similar premises? And yes, scientific studies that relate dietary parameters in the general population (and therefore have a traditional diet) with health risks are published much more frequently than those that include the vegan or vegetarian population.

I let you answer.

Lucia Martínez Argüelles is a dietitian-nutritionist

NUTRIR WITH SCIENCE It is a section on food based on scientific evidence and knowledge contrasted by specialists. Eating is much more than a pleasure and a necessity: diet and eating habits are now the public health factor that can help us prevent many diseases, from many types of cancer to diabetes. A team of dietitians-nutritionists will help us to know better the importance of food and to demolish, thanks to science, the myths that lead us to eat badly.