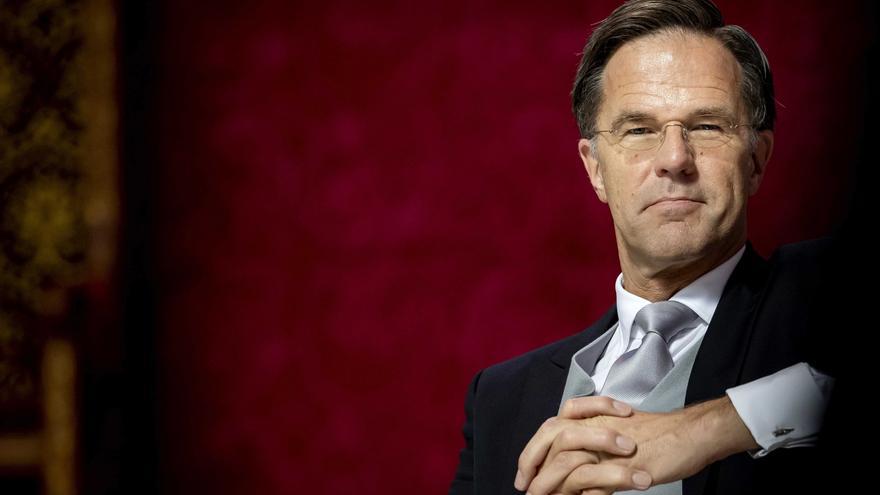 The Netherlands is the only EU country that has not yet requested recovery funds. Why? This Friday Bulgaria delivered its plan, and the Netherlands has remained as the only State of the European Union pending to send its plan to the European Commission. It is true that Poland and Hungary presented them months ago, but the evaluations are blocked by their authoritarian and homophobic drift. Sweden, for its part, continues to negotiate its with Brussels.

The Government has already announced that the deadline would be skipped orientation of April 30 for the legislative elections of March 17, and that he preferred that a new government be formed to draw up the plans, something that Bulgaria has not done, for example. However, nine months have passed since the elections, there is no new government and no plans, and the final deadline, summer 2022, is less and less far away.

“The Netherlands is the only EU country that has not submitted a proposal for Next Generation EU funds,” said this Friday Rem Korteweg, from think tank Clingendael Institute: “The excuse is a functioning government and difficult coalition negotiations. But behind this is that the Netherlands does not want its finances to be scrutinized by others. It must be remembered that it was the Netherlands that lobbied strongly for it to be introduced that scrutiny, in exchange for supporting the Next Generation EU [los fondos de recuperación europeos]”.

Indeed, in the summer 2020 four-day, four-night negotiations in Brussels, Dutch Prime Minister Mark Rutte, along with his self-described frugal allies – Austria, Denmark, Sweden and Finland – were blocking the approval of the funds by two reasons: the link with compliance with the rule of law –with one eye on Hungary and Poland– and an emergency brake on the delivery of funds in the hands of the States –with the other eye on the countries of the south–.

The Netherlands can ask for up to 6 billion euros in transfers, but the outgoing cabinet says it wants to leave the development of the recovery plan to a new government and the formation of the cabinet has not yet taken place. On the other hand, the Dutch economy is recovering well from the coronavirus crisis and this year will reach pre-pandemic levels.

The Commission is reviewing the applications and recovery plans, and has already approved 22 of the 26 applications received.

The recovery fund is 750,000 million in grants and loans, in exchange for reforms: more than a third should go to the climate transition, and 20%, to digitization.

One of its main avenues of income, aggressive taxation, which may be in its last hours if the minimum corporate tax of 15% ends up being applied as agreed by the OECD.

As can be seen in the recommendations by country of the European Commission of February 2020, the latest elaborated in such detail by the pandemic, the Community Executive states: “Companies that carry out aggressive tax planning use the tax rules of the Netherlands. They have taken advantage of imbalances and loopholes in the international tax framework to reduce their tax burden. This brings with it significant problems, such as lost income and unfair competitive advantages. A study commissioned by the Dutch Ministry of Finance shows that the Netherlands was home to some 15,000 companies mailbox in 2017, with a balance of almost 4.5 trillion euros, about six times the country’s GDP and 80% of the stocks of foreign direct investment in the Netherlands. “

The Brussels assessment states: “According to a recent IMF document, the Netherlands is the second largest recipient of foreign direct investment through special purpose entities worldwide after Luxembourg, with the two countries hosting almost half of the world’s mailbox companies. ”

Furthermore, the European Commission noted: “There are long-term challenges in the housing market, the labor market and the pension system that still need to be fully addressed. While the government has adopted policy measures to improve the supply of In addition, more investment in R&D, human capital, and climate and energy measures are needed to drive long-term productivity growth and address the need for housing and reducing high household debt. transition to a low-carbon economy. Addressing these challenges would further support the resilience of the Dutch economy and reduce the risks from imbalances. “

That is, although the Minister of Finance, who appears in Pandora’s papers, Wopke Hoekstra, accused the south of wasting money in the middle of the pandemic, the challenges for the Dutch economy are not few. “Private debt is still high according to international standards, at the end of 2018 it was 242% of GDP”, stated the European Commission in its February 2020 country report. Brussels concedes that it “represents a significant reduction from its peak of 267% of GDP in 2014”, but recalled “that it remains well above the euro area average of 135% of GDP. Both household debt, at 102% of GDP, like nonfinancial corporate debt, at 140% of GDP, it far exceeds the thresholds. “