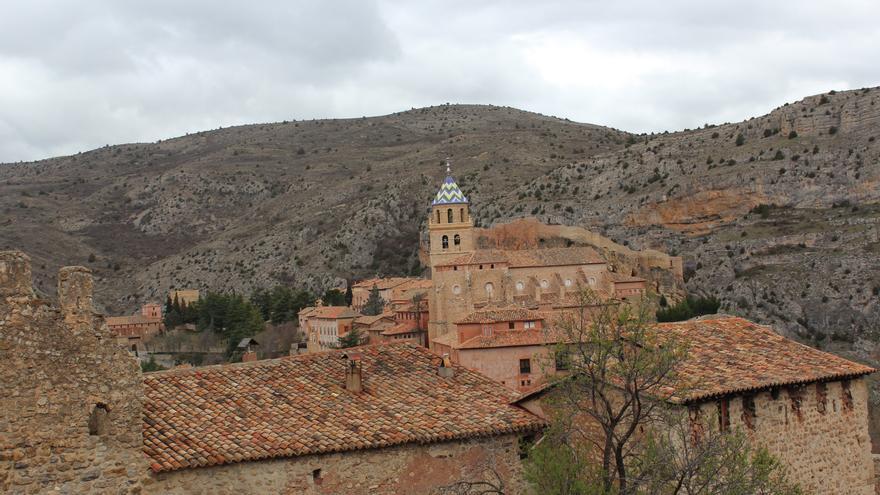 This 2021 will premiere General State Budgets. After knowing the budget allocations, all kinds of analysis have tried to clarify who will win and who will lose compared to public accounts. Generally, the disputes take as a reference the investments per inhabitant for each autonomous community or province. However, this indicator leaves out very important realities with regard to the effective achievement of equal opportunities among all Spaniards.

Despite the unbalanced nature of some territorial distributions such as those we have seen, we might think that the inhabitants of Teruel, Ávila, Segovia and Zamora should feel satisfied if their figures for state investment per inhabitant were similar to those of Madrid or Barcelona. Nothing is further from reality. In the first place, the transport networks that cross the depopulated provinces are necessary and essential infrastructures to back up all the territories of Spain, to guarantee the existence of a national and European market; its function is national and European, not exclusively provincial. On the other hand, guaranteeing equal rights also means facilitating opportunities for development and quality of life in areas that have lagged behind, although statistical distortions generate false impressions with state investments in low-population or depopulated provinces.

The costs of services in low-density and unpopulated areas

The investments destined to the hiring of teachers and the operation of schools, institutes and universities should be greater in depopulated provinces, where sometimes schools have no more than 5 or 10 students, than in highly populated neighborhoods where a school may have more than 3000 students. Similarly, while a hospital, a few health centers, and some ambulances may well serve a highly populated district, an entire province would need at least triple the number of these services to provide similar quality health care.

In the same direction, it is clear that in a highly populated district, the police and fire services can act much more quickly than in a province that is large. To correct this imbalance, the staff dedicated to citizen security should be increased as the extension of territory they must serve multiplies.

As for road and rail infrastructure, the difference is even greater. While a few hundred thousand euros of annual investment could be enough for a district of a large city to have a decent metro or commuter service and sufficient road networks, guaranteeing a connected territory in a large province requires many millions of euros invested in traditional railway lines, highways and national roads in conditions. In the line of outstanding investments in education, health, security and infrastructures, the same criterion can be applied for many other expenditure items, such as those dedicated to culture and heritage or the guarantee of services such as access to Internet broadband. .

After these arguments, we can glimpse the deficiencies provided by the investment per capita indicator. At the same time, it is evident that to complement or enrich the indicated indicator, new variables are necessary, such as investment per square kilometer, the degree of aging and dependency contained in the demographic structure, the typology and dispersion of the population, the inherited problems… If we take the investment data by province from the General State Budgets (PGE) and divide them by the extension of each province, we find some surprising data when comparing them with investment per inhabitant. Some of the provinces best placed in investment per inhabitant, go to the bottom of the ranking when we talk about investment per square kilometer. Thus, in the provinces that we would be classifying as best treated by the PGEs, the reality would be rather the opposite. Continuing with the province that gives the title to this article, Teruel has the third best investment per inhabitant in the whole country with about 663 euros per citizen. However, in the investment classification by territorial extension, it becomes the seventh starting at the end. The case of Teruel is the most bulky with a drop of 43 places between one classification and another. However, the same worsening pattern affects the other provinces discussed in this article, and in general the provinces of Emptied Spain.

There are not only provinces such as Huesca, León, Cáceres or Soria, among others, that worsen their relative position when changing from one indicator to another. We also appreciate greater inequality between territories. While in the investment per inhabitant of the PGE the difference between the one with the least (Toledo with 99 euros) and the one with the most (Soria with 1,148) is slightly more than 11 times, in the investment per km2 the province with the best treatment ( Barcelona with 17,145) has 81 times more than the one with the least (Ávila with 211).

Continuing to use only the per capita investment indicator is a comparative offense against citizens of unpopulated areas, who are already those who have the worst services and infrastructure. The rural-urban gap will continue to widen if the analysis patterns of state investments do not change. The danger remains because of those who, in the name of efficiency, dictate that no more resources should be “wasted” on caring for someone just because they live in an unpopulated area. It is a challenge for our democracy to decide between a management that minimizes costs, and a management that places the importance on the citizen, regardless of their place of residence.

The economic analysis indicators play a fundamental role in the direction taken by public policies and investment decisions. Putting indicators such as investment per square kilometer on the table and investigating the construction of more complex indicators that reflect socio-territorial imbalances, can rescue the social cohesion and credibility in the political institutions that our country needs so much today.