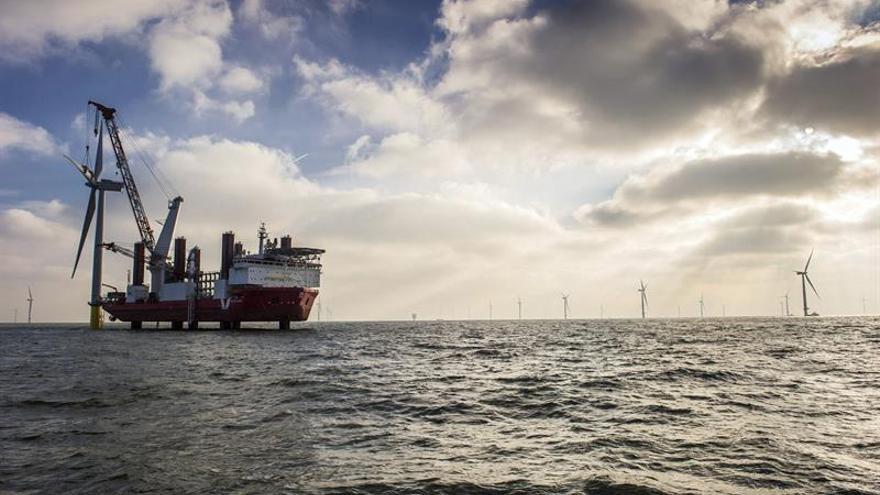 For months the lobby European gas is immersed in a terrible battle to sneak into the plans for ecological transition and economic recovery. Gas companies claim to be essential in the new energy and climate scenario and are putting enormous pressure on governments and parliaments.

The European Parliament has an important vote and what the Spanish MEPs do – and in particular the socialist group – is crucial, as will the position of the Spanish Government in the European Council.

A pressure that works

Although the dominant narrative at the European level is that of a commitment to the ecological transition and the climate fight, the truth is that there is a strong struggle on the part of gas interests to sneak into that green photo framed by the European Green Pact. In part they are succeeding and there is already a movement of countries and MEPs pressing right and left to achieve different safeguards for gas.

This has led the European Parliament to take a position in favor of the Just Transition Fund, the money that should support the economic transition to sustainable activities in, for example, former coal areas, can be dedicated to gas projects.

But the worst could be yet to come. These interests are also trying to make other fundamental European funds of much larger size, such as the regional development funds (ERDF) or those of the Recovery and Resilience Mechanism (RFF), the lion’s head of the much vaunted European recovery plan, serve to finance gas projects. Regarding the RFF, the sensible decision of the European Parliament’s environmental committee to establish an exclusion list that will remove gas from bankable projects, now seems threatened by the vote in the economy and budget committees, which will take place on next November 9. The EU has equipped itself with a scientifically-based methodology to decide what investment is and what investment is not sustainable, and pressure from the gas industry is causing MEPs to consider weakening that tool that for now leaves fossil gas out.

The MEP who leads the dossier in the budget committee, the socialist Eider Gardiazabal, has enormous weight in the negotiations. The role of the social democratic group was already key in the negotiations with the Renew group, in which Ciudadanos is integrated, to leave gas out of the vote in the environment commission.

Why gas should be left out

Heat up the weather. To begin with, for an obvious reason: gas is a fossil fuel that must remain together with coal and oil in the subsoil if we are to meet the demanding deadlines for decarbonization that science sets. Despite having fewer emissions than coal, it continues to be a very important source of greenhouse gases, especially if we include the significant fugitive emissions of methane that occur in its cycle and of which the scientific class is increasingly alert. Methane, which has a warming potential 87 times that of CO2 in the first 20 years of life according to the IPCC, is responsible for approximately 25% of the warming observed today.

Condemn our future. The excuse that it will only be a transitory fuel for a few years, as the sector tries to sell it, is not credible: the average life of the gas infrastructures in which it is invested today is around 30 years for electricity generation plants and 80 years for large gas pipelines and regasification terminals, according to a study by E3G. We cannot invest today in infrastructure that we will have to abandon tomorrow.

More energy poverty. Investing in these infrastructures is much more expensive than investing in renewables and the extra cost will be paid by ordinary users on their gas bills. In a country with a few million people in a situation of energy poverty and with which it comes, it can be a social drama of great importance. Renewable energies such as wind and solar photovoltaic are already the cheapest source of new generation of electricity in many countries (including Spain), according to data Bloomberg New Energy Finance and storage battery upgrades are also proceeding at a very rapid pace. Investing in new fossil gas could become a problem for consumers because it would prevent a faster switch to cleaner and cheaper alternatives and therefore entail higher energy transition costs. The lack of planning in the construction of new distribution networks and new boilers could lead to replacement in a few years (if we want to meet climate objectives), long before the end of their operational useful life and it is the communities and taxpayers who they will pay the bill for that extra cost.

Gas consumption is falling. Those who make the estimates of the gas that we are going to need are the transport operators, that is, the same companies – such as the Spanish Enagas – which are then commissioned to build the necessary gas pipelines to meet that alleged demand, which These companies have earned them € 4 billion in subsidies from the European public budget since 2013. A great deal, well. These operators have consistently overestimated future gas needs, of course. Between 2015 and 2019, the overestimation of gas demand was between 6 and 17% with respect to the actual demand.

No new infrastructure is required. The gas system in Europe is highly resilient without the need for new infrastructures and could easily cope with a year of alleged disruptions and supply cuts of Russian and Algerian gas, as demonstrated by a study by Artelys. The EU’s own scenarios consider that meeting the 2030 climate targets will cause a 29% drop in gas demand, making virtually all gas infrastructure projects planned today unnecessary.

Poor quality jobs. The fossil gas sector is not job-intensive and those generated are not local or quality jobs. Investments in renewable energy generally create more jobs than the oil and gas industry due to higher job requirements. The International Energy Agency esteem While the gas sector generates 3.5 million jobs in manufacturing and construction for every million euros invested, solar photovoltaic generates 8.5 million and the energy efficiency sector generates 12 million.

Fossil gas is not the most efficient way to heat up. Although gas is still essential for heating millions of homes, this situation will change very quickly with the energy transition. The diversity of measures that will be necessary in this transition causes the need to address different solutions for different energy needs. Among them, for example, heat pumps can take advantage of the thermal energy of the ambient air and, therefore, can exceed 100% efficiency, standing at around 285%, while the best gas boilers can reach 95%. %, according to study from Frontier Economics.

There are no excuses

There are plenty of arguments for not giving in to pressure from the gas industry. But perhaps the main and inescapable argument is that we have no choice but to abandon fossil gas. With fossil fuels there will be no future. It is not something negotiable, much less postponement. The money Europe is going to put into the recovery is unprecedented. If there is an opportunity to finance something like an ecological transition, this is it. That is why neither European governments nor MEPs can be wrong now: their decision will mark the future.