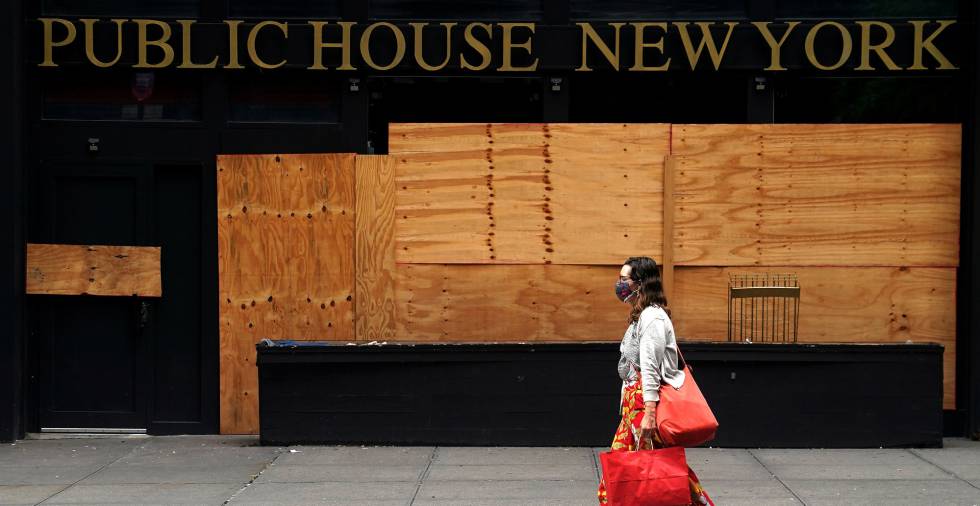 February 19 closed with records in the US stock indices with the S&P at 3,386 points, the Dow Jones at 29,348 and the Nasdaq at 9,817. In the world’s leading economy, more than 161,000 people have lost their lives and five million are infected with Covid-19. In the second quarter, the US GDP contracted at an annual rate of 32.9% compared to the first quarter, after a 5.1% drop in the first. In the euro area, the decline in GDP in the second quarter was 12.1%.

After the March crash, the US and European stock indices have rallied dramatically. The S&P is close to February levels, the Dow Jones is above 27,000, the Nasdaq is above 11,000 (achieving another record) and the Euro Stoxx 50, also close to 3,500 in February.

How do you explain this divergence between the stock market euphoria and the progress of the real economy? The reduction of the federal funds rate from 1.58% in February to 0.08% undertaken by the Federal Reserve and the certainty that the rates close to zero will be maintained by the European Central Bank and other central banks for a long time it discourages investment in fixed income (debt and government bonds).

Jerome Powell, president of the Fed, has stressed that the organization does not think about the possibility of increasing rates and that it will maintain its seven mechanisms for granting credit until December. Assets on the Fed’s balance sheet have risen from $ 4 trillion to $ 7 trillion between March and June because it is buying not only government debt and bonds, but corporate and municipal bonds for the first time.

Faced with such an increase in the money supply, other types of investment such as real estate or in raw materials are not attractive when the international economy goes through its worst crisis since 2009-2011. Investors make decisions with the future in mind and are confident of a V-shaped recovery. They also expect speed in the progress of various companies towards producing a vaccine or the relative efficacy of treatments like Remdesivir.

The United States Congress approved the Operation Warp Speed ​​program in April, a $ 10 billion public-private initiative involving various ministries and the private sector. The goal is to get them to provide the government with 300 million doses of a safe vaccine by January 2021. The US and other countries make funding conditional on delivery of the vaccine when it is approved. Funds are being given to companies (AstraZeneca, Moderna, Pfizer, Johnson & Johnson, GlaxoSmithKline, Sanofi, Novavax, Regeneron, Gilead) whose vaccines and treatments have advanced the most.

Anthony Fauci, director of the National Institute of Allergy and Infectious Diseases, highlighted in a recent appearance before the House of Representatives that all the steps are being followed with great rigor, with tests in each phase with mice, monkeys and later people. The outbreaks are mostly affecting young people and causing mild symptoms.

Another factor that has boosted the stock market is investors’ fear of being excluded from the boom, especially in the medical, pharmaceutical and technological sectors. A correction of the current prices is inevitable. In the coming weeks three factors will determine the evolution of the stock markets. The most important is an agreement for a second major stimulus package in the US.

Those that have been approved since March amount to $ 3 trillion. Negotiations between the White House and the Democratic majority in the House of Representatives have stalled. Trump rejects the Democrats’ demand for another $ 3 billion in funding for states and municipalities and an extension of the $ 600 federal unemployment benefit in addition to that of the states. Republicans offer 1 trillion and demand legal protection for businesses and schools that resume their activity. Trump has passed concrete executive orders that prohibit evictions, extend unemployment benefit and postpone mortgage payments.

The speed of progress towards a vaccine and treatments and a faster test will also influence investor sentiment. AstraZeneca, Moderna and Pfizer began the third and final phase of trials of their respective vaccines in July, involving 30,000 volunteers. These companies could supply the first doses of the vaccine in October.

The growing politicization in the US about the true economic and medical situation hangs over the stock market. Polls point to a victory for Democratic candidate Joe Biden in the November presidential elections. Democrats aim to regain the Senate majority. The most radical question the medical and economic successes, and the Democratic majority in the House of Representatives perhaps fear that passing another stimulus package will rekindle the electoral prospects of Trump and the Republicans.

Regardless of political and stock market considerations, society should be united in its desire for an effective vaccine to be developed as soon as possible.

Alexandre muns is a professor at EAE Business School