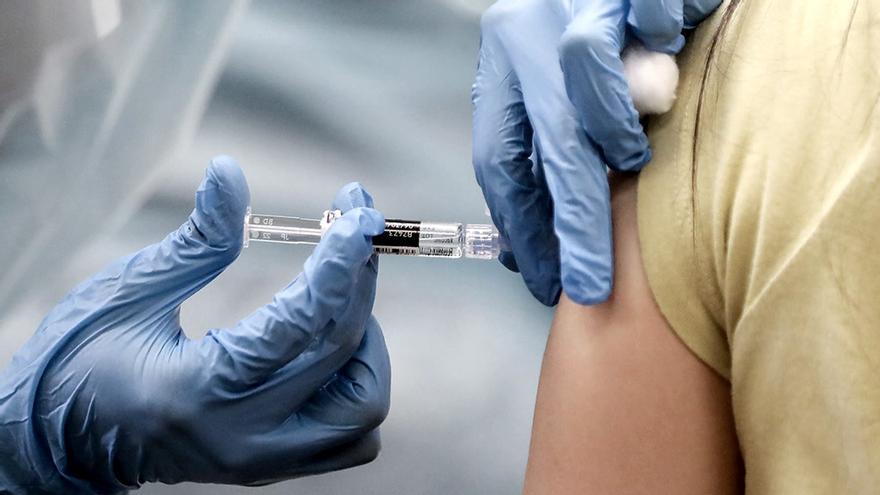 Vaccination is advancing around the world and with it the idea that the long-awaited normality will soon return. “There is light at the end of the tunnel” is one of the phrases that are heard the most in these days in which health personnel, older adults and now teachers are beginning to be inoculated in our country. But the reality is a bit more complex. Getting vaccinated is not a safe conduct to return to normal life. You have to keep taking care of yourself. Why?

One of the reasons is that even if a person is vaccinated, it is possible that they continue to spread it. “In principle, vaccines approved in phase 3 have been shown to be effective in preventing severe disease from occurring. What does that mean? They have reduced the ability to produce severe disease and thus reduce mortality. But in these Phase 3 trials could not be done to demonstrate the ability of vaccines to prevent infection. That is, we do not know if a person who is vaccinated can acquire the infection and, if they do, if they are capable of transmitting it to others So, if the world population is not vaccinated, that is, if in each country or region there is not a high percentage of vaccinated people and the virus continues to circulate, those who are vaccinated could acquire the infection and transmit it to people who they are not vaccinated and that they can suffer severe disease “, explains to elDiarioAR the biochemist Mariana Viegas, a researcher at CONICET, who works in the virology laboratory of the Ricardo Guti Children’s Hospital. érrez.

According to Andrés Rossi, also a biochemist and employee of CONICET, coordinator of serology at the Leloir Institute Foundation, that a vaccinated person becomes infected “is unlikely, it is not common,” but it could happen. “The immune system already has tools to recognize the virus and stop it. So, it is difficult for it to be able to re-infect. You can think that, at best, if it does infect, it will be a shorter and milder infection. For example, it remains in the respiratory tract and only infects a low number of epithelial cells. Then, quickly, the immune system as a whole solves it. ”

But it cannot be generalized. “That already depends on the characteristics of each person, the general state of health, the number of viral particles that managed to enter that infection attempt. These and other variables make each infection attempt event different. That is why it is very It is difficult to unify everything. Most likely, a person who has been vaccinated or who has already had a contagion will not become infected again. But if that exception is given and it is contagious, when the infection is developing and the virus multiplies in the cells of the tract respiratory, that’s when it could infect, “adds Rossi.

But there are more factors that try to instill in the population to continue caring for itself. “Vaccination works when the ‘herd effect’ is achieved, which is an effect in which no matter how much a person is not vaccinated or no matter how much they have been vaccinated but without responding to the vaccine, that is, without achieving immunity, if she is surrounded by people who have been vaccinated and immunized and who do not develop infection, they act as a shield because the virus does not have a vehicle, a host, to reach its target “.

A vaccination campaign aims to care for an entire population

“The concept is always to vaccinate most of the population, because until the ‘herd effect’ is achieved in reality your population is not protected. It is not that you want to only take care of who you vaccinated. A vaccination campaign aims to take care of to an entire population “, stresses Rossi.

Fabricio Ballarini, another CONICET scientist, has been insisting with the same argument, who became a reference on this issue in networks. “Until a very large percentage of the population is vaccinated, we must continue with care and protection measures,” he tweeted.

So why do you have to continue caring for a vaccinated person? This is how Rossi sums it up: “First, because I don’t have to give a false sense of security to others. If a person sees me on the street and sees that I am not taking care of myself, they may believe that everything is fine. There is a social effect there. The second reason is because although I may not develop the disease, I could become slightly infected and make a minimum of vehicle. So it is better to cancel that possibility until the immunization of the entire population is achieved. And the third is hygiene. If I was in contact with someone infected who inadvertently expels virus particles with saliva, I keep my hand contaminated, I shake your hand and you touch your face, in the end I became a vehicle “.

On the other hand, Viegas highlights, there is the issue of mutations that are generating concern at a global level. “It is not known exactly why they have emerged, where they have emerged. One of the hypotheses has to do with that, for example, they could have emerged in people who were immunosuppressed and who were infected for a long time. The virus could evolve in them and generate these mutations that accumulated and that, in some way, generated a new virus that could be transmitted to other people. Another option is that the virus, as it is transmitted from person to person, that is, the more There are infections, it has a better chance of replicating and generating mutations that can be fixed and these viruses emerge with new mutations that can make them resistant to vaccines. ”

The fewer infections the virus produces, the less chance it has of mutating and, therefore, of generating these variants

“So far we have not detected any of these viruses that are resistant to vaccines, but some have some characteristic that gives them, for example, decreased neutralization by certain convalescent sera or monoclonal antibodies. So, the fewer infections the virus produces , the less chance it has of mutating and, therefore, of generating these variants. The idea is not only to vaccinate the population to avoid more deaths and more severe diseases, but also to reduce the number of infections “.

In addition, something that is rarely mentioned, when a person applies the first dose of the vaccine, they have at least a month and a half ahead in which they are not yet immunized. “First a dose is given, at 21 days the second dose is put and it begins to be protected 20 days or two weeks after having received the second dose,” Viegas clarifies. “It is a process”.

Therefore, it is necessary to continue taking extreme care: wear a mask, wash your hands frequently, ventilate the rooms and try to keep distances. There is light at the end of the tunnel, yes, but the tunnel is still very long.