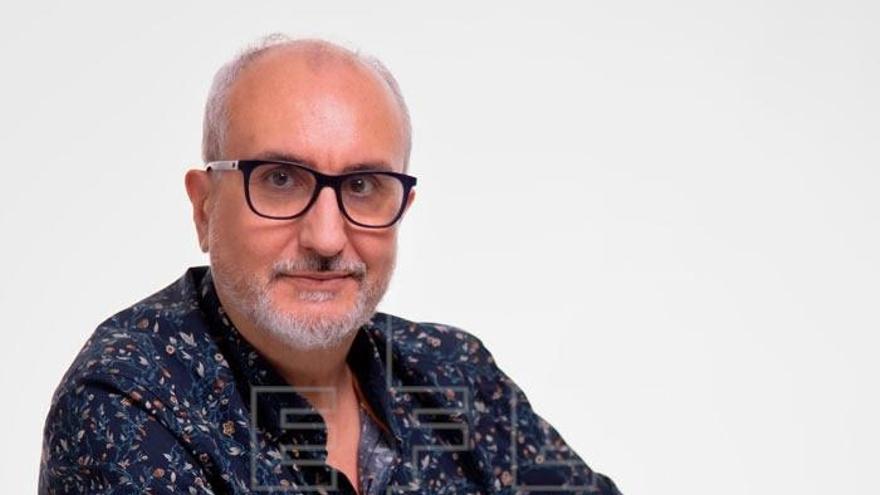 Madrid, Mar 24 (EFE) .- When we say "walk with leaden feet" surely we do not remember that the expression comes from the boots used by the ancient divers or that "sleeping soundly" refers to the prisoners who, for good behavior They could spend the night without being chained, and that is why Alfred López wanted to tell about it in a book.

Alfred López (Barcelona, ​​1965) defines himself as a collector of data and curiosities and has just published a book to rediscover the origin of forgotten words and expressions of Spanish-speakers: "The smart man who knows everything attacks again. Words and words" (Larousse) is the title of this volume that gathers 700 terms.

"Words are born, grow, reproduce and never die," says the author in an interview with Efe, in which he recalls that, in principle, the book began with a small compilation of curious words, almost obsolete, but that the project began to grow and has ended in 700 words and expressions. And his initial project has remained in a chapter in which he gathers "55 strange words for 55 very common things".

There are words that are rarely used and among them, he assures, there are two that he loves to use when he goes to a bar: "order a beer with two fingers of giste", which is what the foam of beer is called, or that put a "luquete" for the soda, a word that the Authorities Dictionary of 1734 already included as "a little wheel of lemon or orange peel that is usually put in the wine, so that it takes that flavor".

Alfred López, who confesses that he is in love with "words and words", has gathered the terms and expressions by subject, ranging from words almost unknown to most speakers and which, he says, "are waiting for someone to see them. rescue ", to sayings that we use daily without knowing surely its origin.

And it explains how, for example, expressions that we have heard many times come from the nautical world.

Among them, "being a vivalavirgen" with which it is called "the person who behaves informally in breach of his responsibilities." It arose from the moment of the formation of the sailors in the boats that were named as a count and that closed the last one with the cry of Long live the Virgin! to ask for divine protection for the entire crew. And as always the last to sign was the most irresponsible, he began to be called that.

Or "save themselves by the hair", which was like the sailors who fell into the water and could not swim could be saved if they were caught by the hair, so they used to let it grow.

"Pacotilla" as a definition of something of little value also comes from that world and from the diminutive of the French term "pacque", equivalent to the "bundle" in which the sailors carried their belongings when disembarking, which was free of payment of taxes, for what began to be used in a derogatory way.

Although it may seem like it, the expression "being at two sails" to define people who are lacking in economic resources does not come from the nautical sector, but is related to the custom of leaving churches in the dark after mass and the altar illuminated alone with two candles.

One can also think that expressions such as "have the fly behind the ear", "ride a chicken" or "fuck the sow" come from the animal world, but this is not the case, explains López.

Because the "fly" to which this expression refers to say that we are alert is not an insect, but the fuse with which the firearm called arquebus was previously lit and that the soldier wore in his ear, thus prepared to throw her hand quickly in the face of a possible attack.

And the "chicken" was previously "poyo", a podium or small portable tribune on which the speakers climbed to give rallies after which, generally, an altercation was generated. Likewise, "fuck the sow" does not refer to the female pig but to the axle of the wheel of a Ferris wheel that could be sabotaged by jamming it with a stick.

Nor does it refer to an animal being "bored like an oyster" because the saying comes from a punishment that was imposed in ancient Greek times, "ostracism", the banishment of a population for a certain time, a term that in turn It comes from the Greek "ostrakon", which was a ceramic shell on which the name of the punished was written.

There are many sayings that have their own names and some and their origin are recounted by Alfred López in his book, such as "let Rita the cantaora do it". And it is that Rita Giménez García (1859-1934) acted as a flamenco singer in as many functions as requested and she performed in some that her colleagues rejected because of the little they paid.

And when we say that somewhere "not even the Tato has gone", we refer to the nickname of Antonio Sánchez, an extremely popular bullfighter in the second half of the 19th century who led a frenzied social life and went where he was invited.

"Send a baton" (a baton or baton that was stuck apart in a military camp to take the punished there), "read the primer" (a notebook that soldiers received with the rules of behavior ", or" stay in a square " (the military units that lost the entire troop in a battle minus the scorecard) are other of the many expressions included in this book.