It is difficult to find a more beloved writer than the late Almudena Grandes. Her presence summoned reading crowds, eager to connect with her naturalness as a neighborhood woman, with her direct and uncompromising chasticism that evoked that resistant and rebellious Madrid - that of the 'They will not pass' of the Civil War - that she took with care to her novels. For Almudena - there is no proper name more Madrid - the reader affection baths were common throughout her life, that's why The words of the Mayor of Madrid, José Luis Rodríguez Almeida, have particularly hurt rejecting her worth as the city's favorite daughter, after having agreed to a pact with three former members of Más Madrid in order to approve the budgets with the condition of distinguishing the author of 'The frozen heart'. 'Quid pro quo', nothing new in a political deal that normally does not offer comments after the fact by the interested parties.

Having been translated into more than 60 languages, attracting readers of any generation and having served as a cultural ambassador for the city beyond its borders These are few merits for the mayor, who has not 'de facto' retracted his words and has once again ratified this Tuesday his conviction of the few merits of Grandes. Although, politician, he assures that he has not disqualified her and has apologized to his widower, the poet and director of the Cervantes Institute, Luis García Montero. 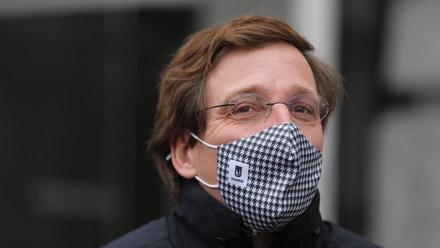 No to Miguel Hernández, yes to Millán Astray

The reactions to these words have been explosive and not without analysis. The writer and good friend of the author, Benjamin Prado, He finds an explanation, he assures, in the mayor's poor reading training: “Almeida does not look like he has read Almudena or almost anyone in his life, so here he is not talking about literary reasons because he does not know about that and he does not know the rules. basic good manners and respect due to the dead. So he judges her simply for being on the left and not on the extreme right like he is ”. Significant for the novelist and poet is the contempt that the words of Almeida gave off, who in 'Ok Diario' referred to her as "that person", without naming her. "For Almeida if you are Miguel Hernández you erase the verses of the memorial and if you are Almudena Grandes you dance on her grave and also return the street to Millán Astray."

The anger of the Madrid rights towards Almudena Grandes was manifested in fact the same day of her death: not much did the City Council and the Community of Madrid say about it.

It's like when they removed Largo Caballero's plaque, which couldn't be more from Madrid. That is to rewrite history by kicking

Another ardent reader of Grandes is the historian Angel Viñas, thanking the author for perfectly showing the climate that was breathed in Madrid during the Civil War at the end of 1938 and beginning of 1939 in 'The frozen heart', her favorite novel: “She managed to breathe life into some documents and dispatches cold ones that I know so well and about which I have written so many times ”. Almeida's words in his opinion do nothing more than abound in the "miserable attitude" that the PP, what remains of Ciudadanos and Vox have had with the historical or democratic memory in the Madrid City Council. “Like when they removed Largo Caballero's plaque, who was born in Chamberí and couldn't be more from Madrid. That is to rewrite history with a kick ”. For the historian, Almeida is a "Franco-Francoist", something that certainly does not match the author's literature, "which was the opposite." And it is that the literature of the writer, above all, gave voice to the losers. 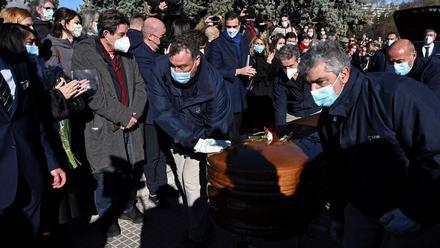 One of the interpretations that have raised the most dust on social networks is the denial of the Madrid vocation of the author, implicit in the words of the mayor. Juan Cerezo, your editor at Tusquets, assures that he fell in love with Madrid reading Grandes and walking with her through the neighborhoods or having a vermouth in the places that appear in his books. It's not the only one. Her Swedish, French and Italian editors wanted to meet her 'in situ', in her city, excited after the readings, because there was no better way than to walk through Chamberí, her neighborhood. Cerezo has no doubt that if to understand the Madrid of the nineteenth century you have to read Galdós, to delve into that of the twentieth century you cannot ignore Almudena Grandes.

To take the temperature of the degree of 'madrileñismo' of the writer, we only have to remember the proclamation that in 2018 she read at the Madrid City Hall, invited by Manuela Carmena, for the San Isidro festival. There he remembered how in 1932 his great-aunt was elected Miss Chamberí, a neighborhood in which he spent his entire life, from which he did not move and in which he knew and was known by the shopkeepers of his entire life. It is often said that, in reality, there is no one who is genuinely from Madrid, because the city is a port of arrival for other geographies, but Almudena Grandes was one of those rare Madrilenians -that is how she told it in the proclamation-, those black-legged Madrilenians , apparently non-existent, that he did not have a town to go to spend Christmas. She knew well "the mysteriously ordered chaos" of the city, elusive and surly for many but that her novels taught to love. 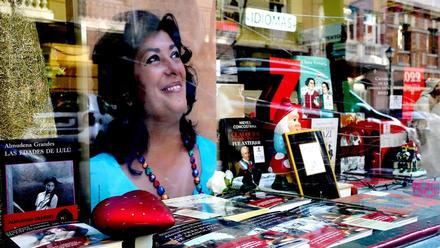 Perhaps to appreciate that mutual love between the novelist and her place in the world, there is nothing better than walking around the streets. Madrid bookstores that have put the rest in their demonstration of affection for the author placing photographs and books in their windows, making it one of the best sellers after his death. "She was a constant presence in bookstores, at the Feria de Madrid, someone who made us sell a lot thanks to good books, which is not always linked," says Pablo Bonet, secretary of the Madrid Libraries Guild. His books have been sold out and replaced quickly in bookstores and the only marketing developed for this has been the love of the readers ”. The guild's initiative is to add in this new year a seventh prize to those offered annually by Madrid booksellers with the author's name, intended for a novel by a new author.

She was a constant presence in bookstores, someone who made us sell a lot thanks to good books

What we will have to wait for is the appearance of the new novel that Almudena Grandes left practically finished and that does not correspond to the historical cycle in which it was embarked, the 'Episodes of an interminable war' -a nod to her beloved Galdós- . "It's a dystopian novel in the near futureWe will soon start conversations with Luis García Montero to decide its publication date, which will most likely be this year ”, explains its editor. Unfortunately, the sixth installment of her historical series, which was to be called 'Mariano en el Bidasoa', with which the writer wanted to close all the threads of previous novels and give the final touch to her work, will be forever unwritten.

More firewood for the tribute and the vindication. From his home in Brussels, Ángel Viñas, who has been prevented from writing any obituary by his friend's death, sentenced: “When Mr. Almeida and his great-great-grandchildren no longer remember him, Almudena Grandes will continue to be an important figure in literature. Spanish, because he knew how to articulate his Madrid vocation with an honest way of looking at history ”.