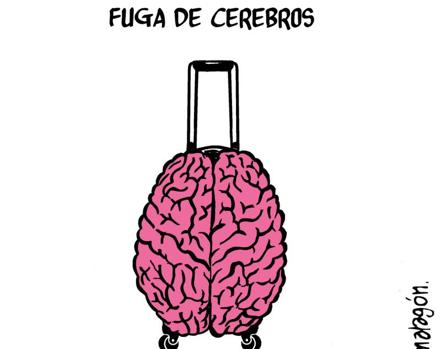 The storm that Filomena has brought us snows on an icy and freezing environment, which has contributed to the adverse consequences for citizens continuing over time more than is convenient for all of us. This sharp drop in atmospheric temperatures is added to a few emotional lows that have stained our personal, social and economic life for twelve months soon. Reality teaches us that what seems bad and undesirable in itself is still liable to get worse. The uncomfortable circumstances raise what the German philosopher Max Scheler called “the needs of the now”, to which we are called to respond with a redoubled spirit and unprecedented creativity, which is what distinguishes people with precisely personal resources, who in we call business jargon the best talent. The touchstone of personal quality, of the texture of the pasta from which we are made, is adversity, which breaks many and strengthens others. Maturity is refined from the asceticism of the will, when we overcome difficulties, be they small or overwhelming. The future pulls the present Before we inaugurated the past year 2020, businessmen and executives were proud to talk about VUCA environments (an English acronym formed by the initials of volatile, uncertain, changing and ambiguous), when in reality we meant that things were not They came out as we wanted because the competition was the competition or because the customers did not buy what they were trying to sell. Since last February we have felt in our own flesh that we do not dominate the present and even less what is to come; We have been reminded of this by a tiny virus first and a huge storm later. Volatility and with it the change that does not stop changing teach us that there is no strategic plan that can withstand the melee with an adverse reality, nor balance, no matter how powerful its financing, immune to the risk of lack of liquidity first and foremost. of insolvency later. The typical, cliché, statement “the most important asset of a company is its employees” has become an obvious truth even to those who wielded it with shameful skepticism. The obvious happens to be the last thing that is noticed; It is precisely this reason, which implicitly entails poor treatment of talent, its main reason for leaving companies. Bosses put their best collaborators to flight. The best, and those who can, flee from repeated frustrations. The love of people affects the past a little (the experiences they have had especially with their bosses and colleagues), something more the present (the content of the work they do and the recognition they receive, in its monetary version or in the expressions gratitude and help to improve), and mainly the future (human beings live more by expectations than realities, therefore, we long for an attractive future). Frustration is the result of dividing achievement by expectations; if they are high, or those are in step or unhappiness lives nearby. I have been studying closely the generation known as millennials for some years, to which I have recently added the direction of a doctoral thesis on post-millennials, somewhat crudely renamed as pandemials; I only know of the second that they are going to differ from the first; But of those, I can affirm that they are more concerned with the content of what they do, what they can learn, the possibilities for personal growth, the recognition of their efforts and results, the relationship with their boss and colleagues, the fair-play of the company towards them, than other policies that have been used historically to attract them and then keep them (the verb to loyalty seems pretentious to me when abusing it in an inappropriate context). Naturally, remuneration or promotion are two basic springs to manage people and their work, but their presence is not a valid substitute for the treatment received, for the perceived importance (meaning) of the task performed, for the lack of perspective or of the impact of one’s own work on third parties such as clients or suppliers. All of us, not just millennials, want to do a cool job, for our boss to lead us with success, give us the pitch, support and acknowledge the good results, or where appropriate, correct us with respect, leading by example and not with an empathy of plastic. In these moments of change to forced marches, the perennial formula of leadership resonates, which is available to young and old, large or small companies, digital or analog, just use a little intelligence and a lot of will: do with the what else you would like them to do to you. Guido Stein is a professor at IESE Business School.