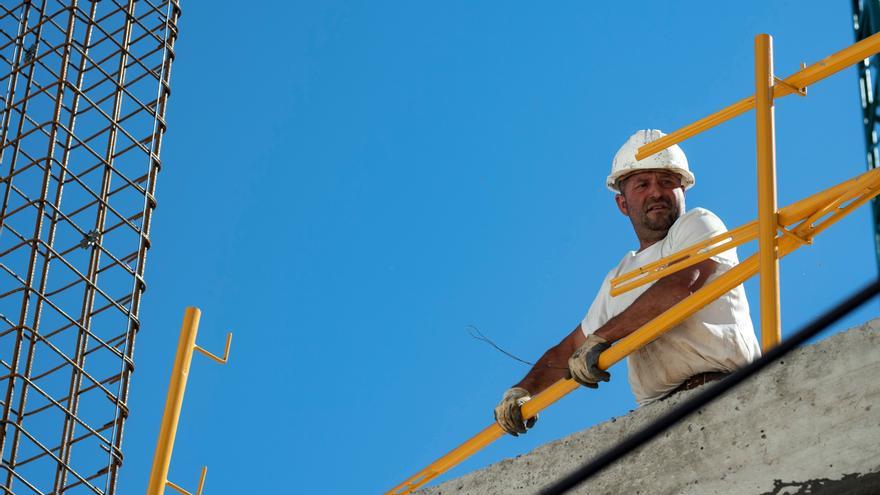 “We are not just bricks, cement and wheelbarrow, we are also new forms of energy, sustainability and new technologies.” This is how the president of the National Construction Confederation, Pedro Fernández Alén, draws his vision of a sector that, he assures, needs to attract 700,000 new jobs, especially young people, in the coming months to be able to face the flood of works that they have to be launched with European funds.

“Next year 70,000 million euros are going to arrive. Of these, seven out of every 10 euros are linked, directly or indirectly, to construction. Not only is it housing, it is also wind farms, photovoltaics, coastal regeneration or infrastructure of telecommunications “, indicates Fernández Alés. “All this has to be built and we need people,” he sums up.

The figure of 700,000 new jobs comes from the calculations made by the Construction Labor Foundation. A non-profit joint entity, in which both the employers’ association and representatives of the Federation of Industry, Construction and Agriculture of UGT (UGT FICA) and of CC OO del Hábitat are present, through which training is channeled and the training of professionals in this sector. “These data are an approximation of what is going to be needed for large infrastructures,” they explain from the CCOO union.

“We need workers of all trades, bricklayers, electricians, crane operators, foremen, construction managers, road engineers. They are not just laborers. For example, we have the rehabilitation of buildings, insulating materials, which cannot be installed by just anyone. a very specialized job “, analyzes Sergio Estela, secretary of construction and mining of UGT FICA.

At the end of the first half of 2021, 1,324 million Spaniards were working in construction, according to the latest Labor Force Survey (EPA) published by the National Institute of Statistics (INE). Of them, the vast majority are men: more than 1.2 million workers, compared to about 121,000 workers. A small female presence but that has grown slightly in recent months, after going from 8.2% in 2020 to 9% in the middle of this year, but where employers and unions assume that there is a long way to go.

A few months in which the sector has once again resumed job creation after the pandemic. Construction was one of the sectors that first returned to work after the lockdown and employment suffered but did not collapse. At the lowest point, it was 1,169 million jobs, according to EPA data.

By comparison, the most severe hit on employment was in 2014, when construction had to digest the latest financial crisis and the bursting of the housing bubble. That year, employment in the sector fell below one million working people, far from the 2.5 million it reached in 2008, in the middle of the brick boom.

And is it not possible to get those workers back? A part yes but not all because there is a proportion that, simply, has retired. Others moved to other sectors, such as tourism and hospitality. And some have returned because the salaries are higher.

“The average age of the sector is 46 years. We are facing progressive aging, so we need to attract young workers, especially when we have 38% youth unemployment in Spain”, highlights the president of the CNC.

At the end of 2020, the number of employees in construction under 35 years of age decreased by two percentage points, to 18%. Precisely, the same percentage and growth registered in those over 55 years of age, which are also 18 out of every 100 jobs in this sector.

In 2008, only 9% of construction workers were over 55 years old and those under 35 were more than 40%, according to the annual report of the Construction Labor Foundation.

In order to attract these young people, the sector wants to get rid of the negative perception that, it assumes, has dragged on since the last brick crisis. “We were demonized,” they admit. “We have to change the image of the sector, which is highly stigmatized, when the construction crisis was the consequence of the financial crisis,” the UGT FICA representative deepens.

“There is a lack of stability, because the sector is temporary. But one of the objectives of investing European funds is precisely to provide stability,” they indicate from CCOO.

“The accident rate we have to improve it. Things are being done, with improvement agreements, training, prevention visits. Before it was a constant fight with companies, now they have assumed it, but a single accident is already a disgrace. It has to be done. train both the worker and the employer, who is the one who has to provide security “, summarizes Sergio Estela.

Both unions and employers point out that the key to achieving those 700,000 jobs is to accelerate training and that this has the Construction Labor Foundation as a tool. An institution that serves as a way to channel the differences between industry players. They assume that it is “obvious” that they have different criteria, but the Foundation serves to channel that dialogue.

A training that the CNC sees positive in the new Vocational Training model. “What we have seen from FP looks good. The Construction Labor Foundation has a budget of almost 80 million euros and we have more than 50 training centers, we want to fill them,” says Fernández Alés. For those future jobs, “we need short courses, so that they enter the market soon and that they increase their training itinerary over time. To be a painter there are 680 hours of training, with 50 hours they could enter the labor market and then work and train in parallel “.

In addition, training, the sector launches the hook of salaries, which are higher than in other industries. According to CNC, construction exceeds the minimum wage by 30%. “The salaries depend a lot on the province, Madrid or Barcelona have the highest salaries and the laborers start at 17,000 or 18,000 euros,” deepens the secretary of construction and mining of UGT FICA.

And what will happen if the sector fails to attract employment in Spain? Will you import workers from other countries? “In a system with a 38% youth unemployment … but if there is no other, there is no other”, sums up the president of the employer’s association.