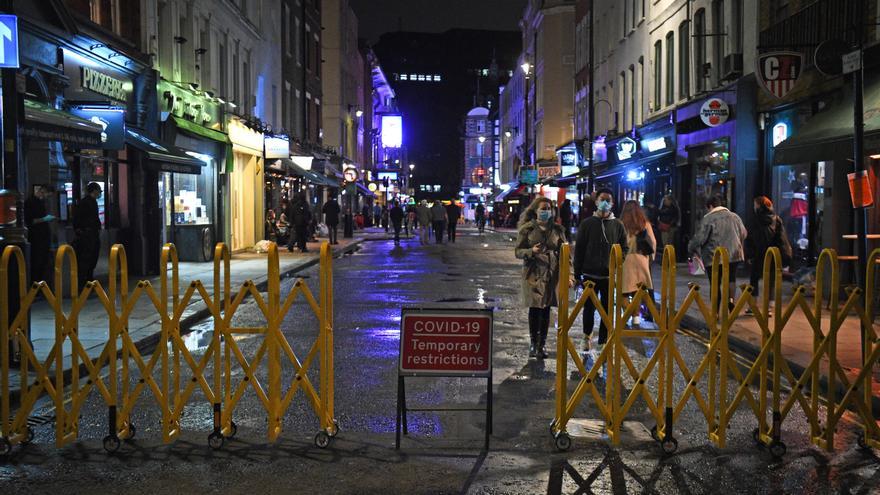 More than six months after the start of the pandemic, COVID-19 continues to affect the daily lives of millions of people in the world and the crisis, whose impact has been devastating, has no end in sight. Many can be overwhelmed by having to maintain a constant state of vigilance and are not motivated to comply with restrictions. It is what is known as 'pandemic fed up', and it is on the rise in Europe, according to the regional office of the World Health Organization (WHO) has warned. Such increase occurs at a time when infections continue to rise in Europe and despite citizen support for measures against the pandemic at a general level.

Hans Kluge, director of the European branch of the UN agency, mentioned surveys of several European countries, which he did not detail, that reflect the growth of satiety - understood as the demotivation when it comes to following the recommended behaviors to protect oneself themselves and others - of the population in the continent: although it is measured in different ways and the levels vary according to the country, it is estimated that it has reached more than 60% in some cases.

It is a natural and expected reaction. "Citizens have made great sacrifices to contain COVID-19. It has come at an extraordinary cost, which has exhausted us all, no matter where we live or what we do. In such circumstances, it is easy and natural to feel listless and unmotivated, to feel fed up. "Kluge said. "In the midst of this protracted public health emergency, which has forced people to live with uncertainty and disruption for many months, these levels of satiety are to be expected." It also expresses itself as demotivation in seeking information, as well as feelings of complacency, isolation, and hopelessness, and gradually evolves over time.

However, while it is far from a surprise, pandemic satiety poses a serious threat to efforts to control the spread, according to the WHO. "Until a vaccine or effective treatments are available, public support and protective behaviors remain essential to contain the virus," he says. And while experience on how best to sustain public support during a global health crisis that lasts for months (potentially years) is scant, the agency insists: understanding and addressing satiety and reactivating public oversight needs to be understood.

Go beyond the biomedical sciences

In the opinion of the WHO, governments must go "beyond the biomedical sciences" in their response to COVID-19 to develop policies based on a better understanding of the needs and behaviors of people. In this sense, it advocates listening, in addition to specialists in medicine and public health, to experts from the social and behavioral sciences, when debating measures and restrictions.

The agency has developed a document with policy recommendations to guide governments in planning and implementing strategies to strengthen the population's support for prevention measures. They should be based, as they indicate, on four keys: understanding people - gathering information, for example, to take into account cultural nuances, understanding the needs of populations such as students or the elderly or providing quality communication -, involving them when it comes to finding the solution, coping with the difficulties faced by the profound impact of the pandemic and allowing people to return to something that resembles normal life, but thinking in terms of reducing risks.

Some ways to achieve the latter are to help differentiate between low-risk and higher-risk activities, combine online and physical events, and avoid judging and blaming risky behaviors, "as this can contribute to further embarrassment and isolation. than commitment and motivation. " They also ask to prepare in this sense the holiday season at the end of the year "We will need to combat satiety by meeting the needs of citizens in innovative ways. We saw this during Ramadan throughout the region, when communities found safe solutions to break the fast, even do it virtually or deliver food to homes for remote celebrations, "Kluge explained.

Some examples of ongoing measures

The document also includes a list of concrete actions and examples of what some countries have done that it can illustrate for the rest.

When it comes to understanding people's behavior, they highlight the example of France, where researchers from the Ministry of Health, who documented the experience related to restrictions through a weekly questionnaire. Also that of Germany, whose government consulted during the discussion of the restrictions to philosophers, historians of science, theologians, experts in pedagogy, jurists ... who helped to "balance ethical, cultural or behavioral aspects while safeguarding public health." The WHO also highlights the experience of Ukraine, which found in a survey that men with low educational attainment had low adherence to measures and a low perception of risk, and tried to adapt its communication to this critical group.

On involving the population in solutions, they give the example of Denmark, where an association has created a campaign aimed at young people by encouraging them to participate in an ideas contest on how to spend time together safely during the pandemic, or the one in Turkey, where social media surveys are being conducted to find out what measures people are following, or the Norway, where nursery staff participated in local adaptation of national requirements to reopen centers.

Regarding ways to help people reduce risks, some cultural events put in place by the countries stand out, such as the floating cinema on a lake in Israel or the guide of the Dutch Government aimed at single people, advising them to find a "cuddle buddy", and avoid seeing more people.

Regarding the measures to address people's difficulties and the profound impact of the pandemic on their lives, they give as an example the Minimum Vital Income in Spain, or the monthly subsidies for vulnerable families with young children in Russia, as well as the helpline launched in France to address the impact on mental health.