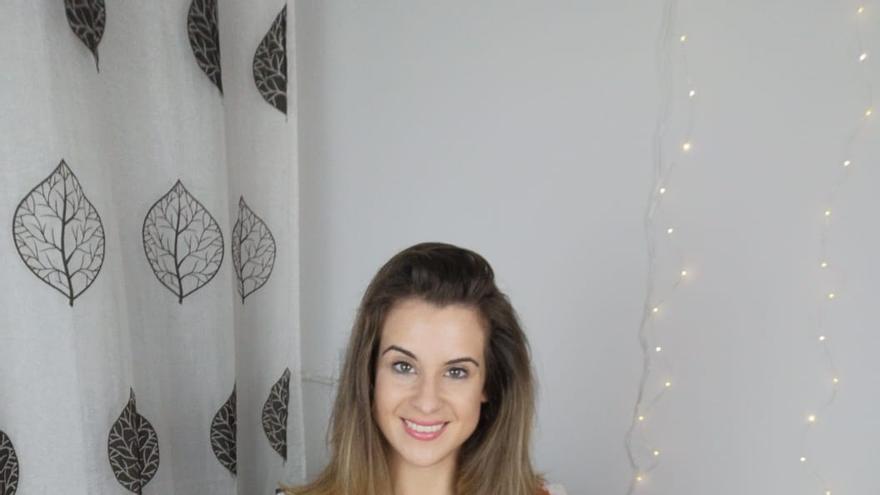 Thanks to her work, Raquel Graña delves into an unknown and enigmatic terrain for most adults every day: the adolescent mind. For four years now, this psychologist and sexologist has been visiting schools and institutes throughout Galicia teaching affective-sexual education. She says that when she enters a class, contrary to what arises in the imagination, all young people remain in absolute silence because “they are interested in what they are going to hear”.

His workshops also reach another 600,000 people through his YouTube channel, Intima Connections, and since last June he has made a dent in Spanish bookstores with his book Sex-On, a story in an adolescent key, but useful for everyone. the public. The stories of the four characters of Sex-On, which is much more than a sex book: a book on adolescent sexuality.

The first thing that stands out in the book is the biased concept of sexuality that we continue to handle in the collective imagination and that revolves only around sexual relations. What is, in all its sense, sexuality?

Sexuality is any form of behavior that aims to relate to others, from the family to the people we like, with our friends or with teachers … We are born with sex, we are sexed beings and any type of affective relationship with other people it is already sexuality. Let’s say that I believe that the affective is sexual and that is why education in this field serves, in addition to knowing, for example, the reproductive organs, to learn to establish healthy relationships with others.

Where do adolescents educate their sexuality?

So does sex education start with self-knowledge?

Yes, in fact, in high schools we started the sessions by asking ourselves these questions: how do you know who you are, what do you like about yourself and what you don’t like, what abilities do you have, what weaknesses … And the issue of self-esteem always comes up, which is important because it affects the way we socialize. Taken to an extreme, a very low self-esteem can be an insurmountable wall that does not allow you to enter into any type of relationship. But that would respond to a very strong traumatic experience. On the contrary, it is common for them to show a facade that does not correspond to who they really are, they do it to feel more sure of themselves.

This is closely linked to social networks, where they are also educated. Some of these apps, like Instagram, are very toxic because they only show the best of people’s lives. Others think it is a real image and they want to have the same, but it is a projected image, not a real one. I work with influencers who suffer from anxiety problems, but that is not shown.

Is it better for this education to start at home or at school? Are children going to pay more attention to a sexologist than to their parents?

It has to be a mix. I tell families that in primary school they can already begin to build trust so that children, of course, can ask questions that arise and parents can answer them honestly. We fear that they will be embarrassed or laughed at, but if they do, it is because it is a taboo subject for adults and we send them the message that it is something forbidden, instead of normalizing it. And this starts very soon. There is a very common behavior in boys and girls, which is touching their genitals or rubbing against the sofa, for example, because they are exploring each other. The response of parents is usually prohibition. We tell them not to do it when the right thing to do is to tell them to explore themselves when they are alone in their room, and also talk to them about what they are interested in.

What do we really get by giving sex that character of sin that is better not to name?

On the one hand, they generate a feeling of guilt and, on the other, they seek information through other channels, such as the Internet. As for the feeling of guilt, it is clearly seen in everything that surrounds masturbation or the first sexual relations, it is hidden, it is taboo. It is also still impregnated with machismo: the girls give more importance to “virginity”, look at what an old concept, and it takes a long time to “lose it” because they have been told that it must be a special moment. Whoever has a penis normalizes everything more, starting with language: how things are named. The penis is called a penis and the vulva is given a thousand names except for what it is; or they call it a vagina because they ignore that this is only part of the vulva. Now I think there are anatomy books beginning to talk about the clitoris as a stimulus for female pleasure. Until now it was not reflected anywhere, we were organs of sexual reproduction. That is why they usually discover pleasure later, in ESO and they before, in primary school.

In one part of the book, the protagonist reflects on her feelings with this expression: “I’m jealous, so that means I like (a boy).” How does toxicity emerge in adolescent relationships? Is jealousy a common manifestation?

This comes because in one of the workshops I raised the question of what things our ideal partner would have to have and many girls wrote: “make him a little jealous”. Why? Because they associate it with the interest they show in them: the more jealousy, the more interest. The boys, however, did not want a jealous partner, not one bit. Explain to adolescents that the interest that comes from jealousy is not a real interest. It is difficult to disassemble it because they have given us love as something very beautiful for which we have to give 100%. It is common for adolescent couples to ask for passwords to social networks, to show each other the messages they are sent, to continually know where they are …

How can the environment act in a control like this? Should I just be alert or intervene?

Adolescence must be understood as a stage in which hormones are in the air and that blind them. If we put ourselves in their shoes, we can better identify what is happening to them. The first thing is that toxic relationships have been fostered since childhood and we are not aware of it. Who teaches us self-love if since you are little they only ask you if you have a boyfriend or how many boyfriends you already have? From that moment we are conditioning them. A person is only going to get out of a toxic relationship when he or she realizes that it is. It is important that you have the mechanisms to recognize it, sexual education, and a network of support outside the couple so that you do not have the feeling, which you have, that if you do not have a partner you will be alone. In the workshops, I work a lot on empathy in groups of friends because they are key for a person to decide to leave a toxic relationship knowing that they will continue to be accompanied. It is based on becoming aware as you discover patterns and repeat. Every time you meet someone you see them before. Therapy and education help people to be aware and able to change.

If it is difficult for an adult, with his experience, to differentiate which person is suitable for him or which attitudes are toxic, how can an adolescent who lacks that background do it?

As they do not have that learning derived from trial and error, I tell them that the key is in time. Give time for things to happen, spend time with that person to get to know them, which is how real interest is shown, also spend time with their friends to see how they behave in their circle … I try to focus on the beginning of relationships from a friendly perspective rather than from the determining factor, for them so great, that a relationship implies. When you like someone and want him to be your partner, you do everything to like him, but then that falls apart and a “real me” can be discovered that is no longer the same and that you don’t like. It is difficult to break with that in adolescence because the hormones do not let the attraction go away, which has already been awakened.

Can these emotions be educated?

Of course. Emotional management begins, in fact, by giving space to emotions. Now it is very common to find videos on social networks inviting not to cry, to always be happy … A girl who came to see me told me that she never got angry because she controlled her emotions. I told him: that is not emotional control, it is blocking and it becomes somatized. Adolescents, like everyone else, must have space to cry, laugh, feel anger, fear … and they will learn to manage frustration and give an answer when that peak passes. The emotion must be felt and lived because it is teaching us something.

Most adults treat them like children, and they no longer are, and they play down their problems as if they don’t matter. I have been working with them in institutes for four years and that is the feeling that is transmitted to them. We believe, for example, that if we talk to them about sex in the classroom they will laugh or hesitate, but when I enter the class they all shut up, because they are interested in what I have to tell them and because I treat them equally. Although I am interested in this book on sex education reaching families, above all I want it to reach adolescents. They are the ones who attach the most importance to their sex education. Banning it will only serve to make them look for another avenue of information, such as the Internet.

Tags: Boyfriends, cochineal, like, little, love, own, Raquel, teach, they ask, yes, you have