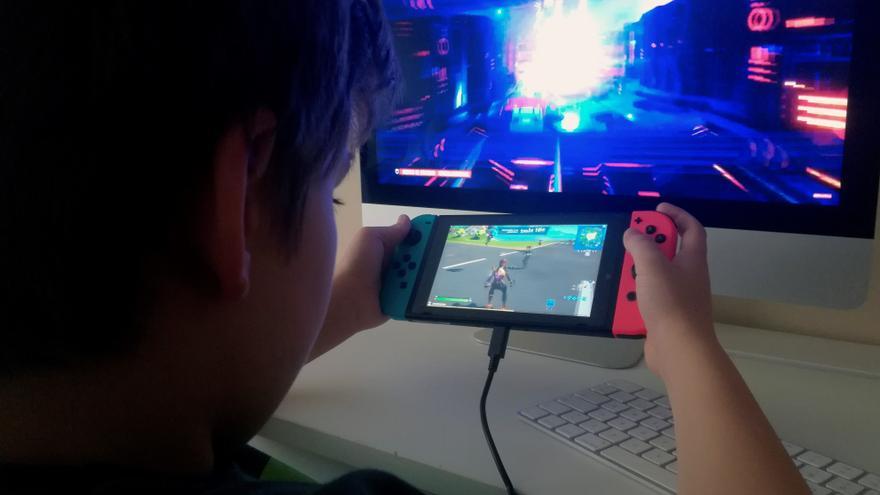 Madrid, Mar 12 (EFE) .- A true fan would despise anyone who asked the question that heads this chronicle: any initiate, no matter how novice, knows that “looteo” (luteo) is “basically random”, a matter of luck and player karma.

In addition, the “pros” and “otakus” take advantage of what they find, be it a “snaiper”, a legendary or a simple gray pistol. His ability, in Fortnite, is measured by his reflexes, his cunning and his ability to build.

Both are now awaiting the premiere of the new season of this game, after the conclusion of the XV on Monday, March 15. In theory, the end of one should coincide with the premiere of the other, but it will be necessary to see how and when the final event unfolds that will determine the new playing field, the map in which the players will face each other to the death. At the moment, all are unsubstantiated rumors.

Since its launch in 2017, and accompanied by some of the most famous content creators in the world of video games, Fortnite has been creating a universe and a language of its own: a jargon, enriched by the expressiveness and extensive vocabulary of which the Youtubers and streamers are more successful and permeate the speech of younger gamers.

It is a pastiche in which terms and references from manga, series and cinema, Japanese and American popular culture, K-pop, rap are integrated, with total naturalness … In Spanish, in addition , is enriched with meanings from different countries and regions.

The kids handle with apparent ease terms as confusing as “otaku”, in principle a word that defines expert and lethal players. Depending on the context, however, it can also refer to the original meaning of the term, an obsessive fan of games or manga, or in a more pejorative derivation to someone who dedicates “all his time to the game, locked in his room, eating” snacks “expired and he has not showered since he was five years old …”

This seems to be relevant, despite being an online game that does not require the slightest contact between players. This last reason, which, on the other hand, explains its rise in these times of confinement: Friends from school or urbanization meet to play together for hours and hours, in personal fights, forming “squads” (squads) or facing complexities so creative. You can also compete with friends from other latitudes or languages: The language of Fortnite is universal.

Regarding gender issues, most of the players are children, although a certain feminine presence is beginning to be seen: Alex, educated and modest in the “real world”, is an implacable, lethal “killer” who makes up for her little experience in the game with cunning and with a total lack of scruples at the time of assassinating his virtual opponents.

Hugo, Marcos and Oriol contemplate with respect the progress of their classmate. Also Izan, although this one, more expressive, does it with great voices and extreme qualifications through the voice chat that the game incorporates.

There, through the chat, experiences are shared and the plays are discussed, the nerves are released and opponents and teammates are rated with terms that do not require translation … Advice on strategies and “loots” (equipment of weapons), as well as the best way to get them.

Because that’s how the game begins: Armed only with a virtual pickaxe, players jump from an airbus over the vast territory of the game. Depending on the moment of the jump and their ability to direct their glide, they can land in more or less safe places and with different possibilities of “luteo”.

The best thing is to fall on a roof, “burst” it and enter the attics, where there are usually chests with weapons, shields and ammunition … From there, to look for a fight, to “grind” (kill). Sometimes “campeando” (staying still or hiding) even if it is not frowned upon, other times “holdeando” (moving stealthily), even occasionally scoring a good “emote” (a “very cool” dance).

The “otakus” and the “pros”, in essence equivalent terms, although perhaps the former dedicate a little more time to the game, are opposed to the “noobs”, the novices, who hardly know how to “farm” (similar to “lutear” , but focused on building materials) by many “PaVos” (virtual currency of the game) or threatening “skins” that they have.

The “skins” (costumes, characters or clothing) is a world apart: It is the main source of income for the owner of the game, Epic Games, although from the player’s point of view it does not provide any kind of competitive advantage . The possibilities seem almost endless, from futuristic war clothing to the most bizarre images, such as a banana costume or the most exclusive designs of the most successful “gamers”.

The boys who have served as a source of information for this chronicle do not agree on which is the most “otaku” (in this case, the term is equivalent to cool, colorful …), although they agree that the female characters seem To be more effective, they at least offer less surface area for opponents to take aim.

Some boys, by the way, who if they agreed to read this information, would quickly qualify it with the expression with which they usually refer to series, books, movies, almost anything that bores them sovereignly: “Looooong text.”