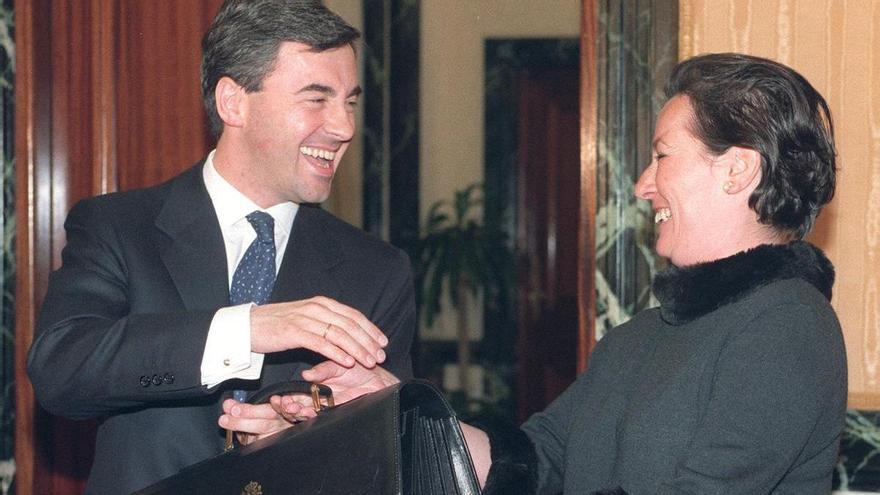 The Court of Accounts informed this Wednesday to the 34 former high-ranking officials and officials of the Generalitat de Catalunya accused of diverting funds to promote independence abroad that They have 15 days to deposit the 5.4 million euros required as a deposit. to ensure that they can face eventual conviction. This procedure puts an end to the investigation phase and gives way to the jurisdictional procedure, which can take months or even years, and in which it will be determined whether there is accounting responsibility.

The prosecution function corresponds to the counselors of the Court of Accounts. According to the law, the 12 advisers of the supervisory body are elected by Congress and the Senate – six each – by a three-fifths majority among certified accountants, magistrates, lawyers or economists of recognized competence and with more than 15 years of practice professional.

In practice, however, it is an institution highly influenced by the two major parties, PP and PSOE, which until now have always agreed to share positions when each term expires, with a duration of nine years. The last renovation process took place in July 2012, when Mariano Rajoy ruled with an absolute majority. At this time, the PP has seven councilors and the PSOE, four, one of them agreed with IU. Four of them will decide on the cause to the leaders of the procés.

Margaret Marshal of Ghent. A key name from now on will be that of this former PP minister, who in turn has been responsible for deciding in the first instance whether or not there was a diversion of funds to the procés through the Catalan delegations abroad and the Council of Public Diplomacy de Catalunya (Diplocat). A career judge since 1980, she was elected counselor of the Court of Accounts in July 2012 by the Senate at the proposal of the PP. Before that, she had been Minister of Justice during the first legislature of José María Aznar (1996-2000) and a PP deputy for Albacete in the second (2000-2004), when she held the first vice-presidency of the Board of Congress.

In the Court of Accounts, she was one of the councilors who, in July 2019, voted in favor of freeing the former mayor of Madrid Ana Botella and seven high-ranking officials of her government from conviction to pay 25.7 million euros out of pocket for selling 1,860 protected public housing to a vulture fund at a below-market price. The vote of Marshal of Ghent and another councilor elected on the proposal of the PP allowed Botella to get rid of that sentence. Three years earlier, in 2016, he also favored with his vote the absolution of the leaders of the PP Javier Maroto and Alfonso Alonso for renting a premises irregularly when they were mayors of Vitoria. Both had been sentenced in the first instance to pay 393,862 euros. She was also the author of the sentence that in 2018 sentenced Artur Mas and other former senior officials to pay 4.9 million euros for expenses derived from the consultation on November 9, 2014.

Jose Manuel Suarez Robledano. Since July 2018, he has been the president of the Prosecution Section and one of the three advisers who will be in charge of reviewing the judgment of Marshal of Ghent on the independentists in case there is an appeal. Suárez Robledano is a career judge and doctor of Law and was elected counselor of the Court of Accounts in June 2012 by Congress at the proposal of the PP. Before that, he had developed his entire career in the judiciary, with assignments in the courts of first instance of Ponferrada, Alcázar de San Juan, Las Palmas de Gran Canaria and Madrid; and, later, in the Provincial Court of Madrid and in the Superior Court of Justice of Madrid. He was a spokesperson for the conservative majority Professional Association of the Judiciary (APM).

In July 2018, when he was appointed president of the Prosecution Section, he also became a member of the governing committee of the Court of Accounts, the one with the most power in the body because it distributes matters among the sections. Since then it has been controlled 100% by the conservatives, in a configuration that was imposed by the seven councilors proposed by the PP, who with their comfortable majority left the four socialists without margin. Suárez Robledano was the other councilor who, together with Mariscal de Gante, voted in favor of releasing both Ana Botella and Maroto and Alonso from their sentences.

Maria Antonia Lozano Alvarez. Contentious-Administrative Judge in the National Court, was elected counselor of the Court of Accounts in July 2012 by Congress at the proposal of PSOE and IU. As published The country, It was the then general coordinator of Izquierda Unida, Cayo Lara, who proposed his name to Alfredo Pérez Rubalcaba, who was then secretary general of the PSOE, and he included it in his proposal for the Court of Accounts. Lozano Álvarez, who before entering the public function worked as a labor lawyer in the seventies, was the author of the sentence that first convicted Bottle and seven high-ranking officials of his government for the sale of public housing to vulture funds.

Felipe Garcia Ortiz. Graduated in Law and civil servant of the Superior Technical Corps of the Social Security Administration and the Corps of Intervention and Accounting, he has been a counselor of the Court of Accounts for two decades, where he arrived in 2001 from the hand of the PSOE. He was elected again in 2012. He had previously held various positions in the governments of Felipe González, where he was an advisor to Joaquín Almunia when he was Minister of Labor in the early eighties. He was also Director General of Services of the Ministry of Agriculture between 1986 and 1991 and was appointed Secretary General of the Geological and Mining Institute of Spain in 1992. García Ortiz formulated a concurring vote —The way of expressing discrepancy with the argument even if the resolution is shared— to the audit report from which the case against the 34 former high-ranking officials and officials of the Generalitat de Catalunya derives.