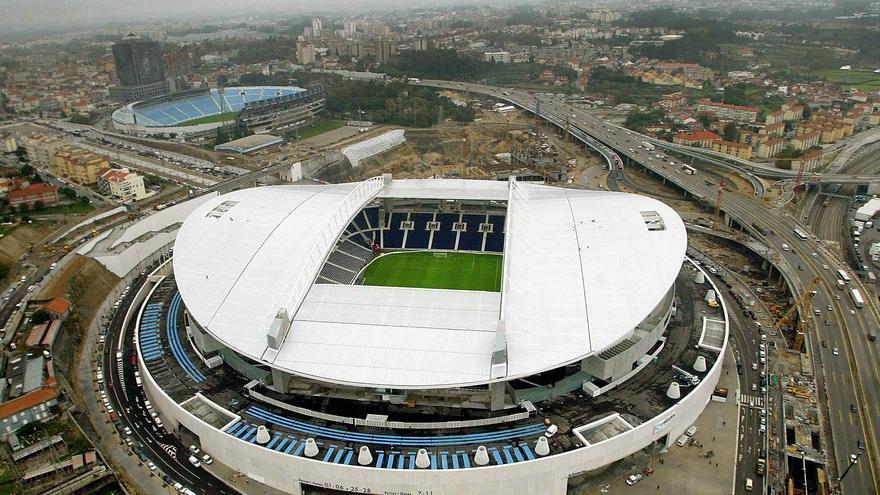 The 2020-21 Champions League reaches the dispute of its final match. The Do Dragao stadium in Porto will finally host the appointment after the last minute change due to the situation of the pandemic and mobility restrictions in Turkey, and two English teams, Manchester City Y Chelsea, will be the protagonists of the appointment.

The ‘citizens’ reach their first final of the maximum continental competition, while the ‘blues’ will play it for the third time, with a victory and a defeat in the previous two. And analyzing both teams, a large cast of protagonists is observed who will seek to be decisive in the fight for the European scepter.

We review the 10 main protagonists of this final of the Champions 2021.

The Santpedor coach reaches a European final for the first time since leaving the FC Barcelona. Two-time champion (2009 and 2011), the semifinals were his highlight in his journey at Bayern. Now, break all the historical walls of a City that has already become champion of the Premier and the Capital One Cup. The treble is within reach. And the option to match Paisley, Ancelotti and Zidane as technicians with the most European Cups in history, too.

On the Chelsea bench will be the German coach, who for now has already achieved something that no one had achieved before, reach two consecutive Champions League finals with different teams. Last year he ended up losing to him PSG. Now he seeks to make a champion of a team that has always been changing coach mid-season (Grant for Mourinho in 2008, Di Matteo for Villas Boas in 2012 and Tuchel for Lampard this year).

Perhaps the highest quality footballer among those present on the pitch. The 29-year-old Belgian, with an unsuccessful stint at Chelsea in the early years of his career, reaches his first european grand final with the weight of the ‘citizen’ game on his shoulders. Second maximum assistant of this Champions League, with four passes on goal for the six of the Colombian Cuadrado de la Juventus, is one of the great offensive referents of a team that this year has got used to playing without a pure nine.

A forward always questioned, but who responds with scoring figures and great performance to always end up taking center stage wherever he goes. With six goals in just 250 minutes in this Champions League, only Haaland and Mbappé They have scored more goals than him in this edition of the tournament. His ownership is not assured, but he will surely have a relevant role in the grand final.

In each team through which he passes, Guardiola usually bet on a young footballer to whom he gives stripes and leads to the elite. In the City, that’s Phil Foden, the product of a quarry that is not characterized by taking too many ‘diamonds’, and now holder at 20 years and habitual of the last calls of the English selection. His goals were vital in the tie against Borussia Dortmund, and together with Mahrez (four goals in the last three European games) he has been the player who has led the team to the final.

Chelsea’s lung, fixed in the core and omnipresent on the pitch. Always with a smile on his face, his modesty and humility have become a reference and a symbol beyond the lawn. His contribution to the ‘blues’ is essential both in creation and recovery. He became known with the surprising Ranieri’s Leicester and he’s been a fixture on the radar of Europe’s greats ever since, but Chelsea have managed to make him feel comfortable and stay at Stamford Bridge.

Among the four Spaniards of Manchester City, he is the only one who seems fixed in the eleven, since Eric García and Laporte they are usually substitutes for Rúben Dias and Stones, and Ferran torres It has a revulsive role. The former Villarreal and Atlético player has completed a great season in tandem with a brilliant Ilkay Gundogan in midfield.

Captain and emblem of Chelsea, leader of the ‘blues’ both in football and in terms of group cohesion. He is probably the only Spaniard in Tuchel’s eleven, unless Mendy’s physical discomfort opens a gap for Kepa, whenever Marcos Alonso he has a secondary role in the squad this season. Raising the glass would be a great finishing touch to his London career. Dispute the Eurocup with Spain this summer, one more opportunity to claim.

Usually, Brazilian goalkeepers always have a halo of suspicion above them, due to the recurring historical failures that are reminded of the greatest exponents of this country under sticks throughout history. In recent years, Alisson has broken that stereotype by taking Liverpool to the European title in 2019. Now, his compatriot can emulate him, after a course in which he has become a fundamental pillar, managing to maintain his door to zero in more than half of the games he has played in the Premier (19 of 36).

The doubts raised by Kepa last season after being the most expensive goalkeeper in history at the time of his signing led Chelsea to make another risky bet with the hiring of this 29-year-old French-Negalese goalkeeper from Rennes. In his first season he has snatched the position from the Spanish, and although he reaches the final limping, he is expected to be Tuchel’s choice under the sticks.

Sixteen years later, a Spanish referee returns to a Champions League final. If in 2005 it was Mejuto Gonzalez the one in charge of refereeing the unforgettable match of the comeback of the Liverpool About Milan, this time it is the turn of the 44-year-old Valencian, who has become a benchmark in Spanish refereeing for his spirit, his commitment to dialogue … and for his controversial decisions at certain times as well.