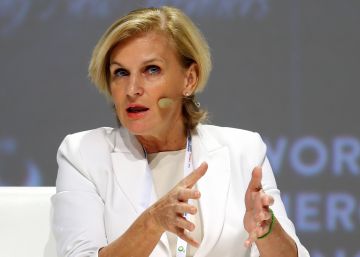 “No one has died of this either [contaminación atmosférica]. I do not want a public health alarm to be generated, because there is none. Madrid is one of the cities with the longest life in the world and with one of the best transport systems and more and more boilers and vehicles are being renewed “. These statements by the president of the Community of Madrid, Isabel Díaz Ayuso (PP), on Wednesday in the SER chainThey have stunned scientists, environmentalists and policy makers. María Neira (La Felguera, Oviedo, 1962) has been the director of the Department of Public Health and Environment of the World Health Organization (WHO) for 15 years. And he does not understand the president of Madrid. “From the scientific point of view I don’t have any explanation. Not even from the social and economic point of view,” he says in a telephone interview. And ditch: “Pollution kills.”

Reply. Pollution kills The evidence has been overwhelming for more than 30 years and there are more than 70,000 scientific publications that indicate it. And there is no discrepancy or disagreement in the scientific community. On the contrary, every day we add more evidence and more knowledge about the effects that pollution has on our health. I think that common sense also tells us that 100 years ago we lived in Europe with a lot of pollution that affected health and that we have been fighting against this situation. Today we know that economic development can also be achieved without affecting the health of people.

P. Since when does this scientific certainty exist that pollution kills and affects health?

R. The evidence has accumulated since before, but with the rigor with which we know it now, with studies that clearly demonstrate these effects, we talked about more than 30 years ago. In addition, I think it is also a matter of intuition. Any asthmatic person knows that if he breathes polluted air he feels worse. You don’t need many scientific studies to know that if you live in New Delhi, Shanghai or Beijing, you breathe with many difficulties. And it is known that pollution has a very negative effect in the medium, short and long term.

P. What diseases cause air pollution?

R. The first thing that is most affected are the airways, our lungs. Chronic problems arise, such as asthma, or acute pneumonia. But those polluting particles also pass into the circulatory system and from there they can reach any organ. That is why we know, for example, that a part of heart attacks has to do with that exposure to polluted air. Now we also know that the particles cross the placental barrier, which can affect the neurological development of fetuses that have not even breathed contaminated air. Every day we have more evidence and more evidence of the damage that these toxic particles cause to our body.

P. There is always talk of premature deaths caused by pollution. What does this term mean?

P. Is there a scientific consensus on premature deaths caused by air pollution in the world?

R. There is absolutely no discrepancy or debate on this issue. WHO gives a figure of seven million premature deaths per year, which is based on our methodology. Other methodologies raise it to almost eight million. And then, regarding diseases, there are no discrepancies either. I don’t know of any university or any scientific academy that has studied air pollution and raises discrepancies in terms of health effects. The debate may be about how much more it affects health. For example, in the case of Alzheimer’s we are still studying their relationship against pollution.

R. That debate does not fit. It is not acceptable because it is not based on science. Upside down. I have participated in the meetings of the C40, an association of the world’s largest cities against pollution, and I have seen with satisfaction how the mayors commit to reaching WHO recommendations in 10 or 15 years. I have seen them commit, to understand that it is a matter of public health. But it is also social. What mayor wants to show off having polluted air? None. They want to presume that their city is clean and that clean air is breathed. I think that progress has been made and there is a positive competition among mayors, that’s why they surprise other kinds of statements.

P. What do you blame Díaz Ayuso’s statements?