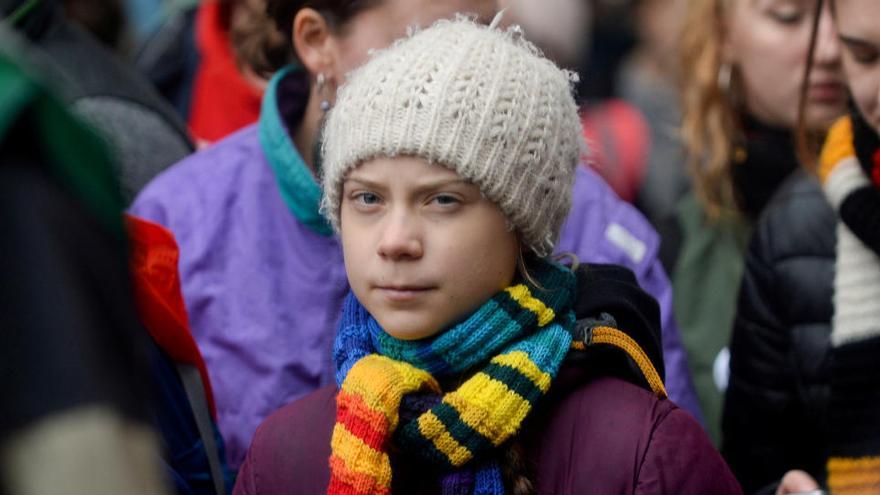 The World Health Organization (who) and the Swedish environmental activist Greta thunberg head the pools prior to Nobel peace, which fails this Friday in Oslo and for which there is no clear favorite to succeed Ethiopian President Abiy Ahmed.

Although the WHO and Thunberg, who was already one of the strongest candidates last year, top the lists of bookmakers, both candidates awaken considerable doubts.

In the case of WHO, which would be awarded for its work in the fight against the coronavirus pandemic, the problem is that the deadline for submission of candidatures was closed on January 31, although the members of the Nobel Committee can nominate until the first meeting, in February: both dates are prior to the outbreak of the global crisis caused by the COVID-19.

Thunberg, who turns 18 in January, was one of the names of 2019, after going from promoting a weekly school strike in front of the Swedish Parliament against climate change to leading the global movement ‘FridaysForFuture’ (Friday for the Future), to be received by world leaders and to speak at UN summits.

Neither a hypothetical prize to the WHO nor to Thunberg would fit exactly the criteria that the Swedish magnate Alfred Nobel, its creator, wrote in his day: it must recognize those who contribute “to the town twinning and the elimination or reduction of weapons, as well as forming or promoting peace congresses “.

But the Norwegian Nobel Committee does not always fully comply with them and has already awarded ‘environmental’ awards in the past, as happened with the Kenyan Wangari Maathai (2004), Al Gore and Rajendra Pachauri (2007).

The Thunberg’s youth has also been pointed out as a factor against himAlthough the Pakistani teenager Malala Yousafzai was awarded in 2014 at the age of 17 for her fight against the repression of children and young people and her right to education, together with the president of the Global March against Child Labor, the Indian Kailash Satyarthi .

If the committee opts for a shared accolade, it could also include New Zealand Prime Minister Jacinda Ardern for her efforts to enforce the Paris Agreement; or to Brazilian indigenous leader Raoni Metuktire, emblematic figure against deforestation in the Amazon and a reference for the Kayapo people, which rang out loudly last year.

The name of the leader Russian opponent Alexei Navalni, what suffered a poisoning from which he recovered in a Berlin hospital and which accuses President Vladimir Putin of being behind the event, has been included in the list of favorites by the director of the Norwegian Institute for Peace Research, Henrik Urdal.

He Committee for the protection of journalists (CPJ), Reporters Without Borders (RSF), Afghan activist Fawzia Koofi and the United Nations Refugee Agency (UNHCR) also appear on the lists of alleged applicants.

He WikiLeaks founder Julian Assange; US Senator Elizabeth Warren, Bill Gates and the Director of the International Monetary Fund (IMF), Kristalina Georgieva, also appear on the lists in which other years have featured the Pope Francisco, Russian and Chinese activists, the Saudi Raif Badawi or the Union for Civil Liberties in America (ACLU).

Lists are often nothing more than speculation, because only if those who nominate make it public can the identity of the candidates be known, since the Norwegian Nobel Committee does not confirm names until after half a century and it only broadcasts the total number of applicants, 318 this year (211 individuals and the rest, organizations).

For example, it is known that among the nominees to succeed Abiy Ahmed, awarded for promoting a peace agreement between Ethiopia and Eritrea, are the NATO, which in 2019 celebrated its 75th anniversary, and former Bolivian President Evo Morales.

The Peace Prize is the only one of the six prizes that is awarded and delivered outside of Sweden, in Oslo, at the express wish of Alfred Nobel, since in his time Norway was part of the Swedish kingdom.