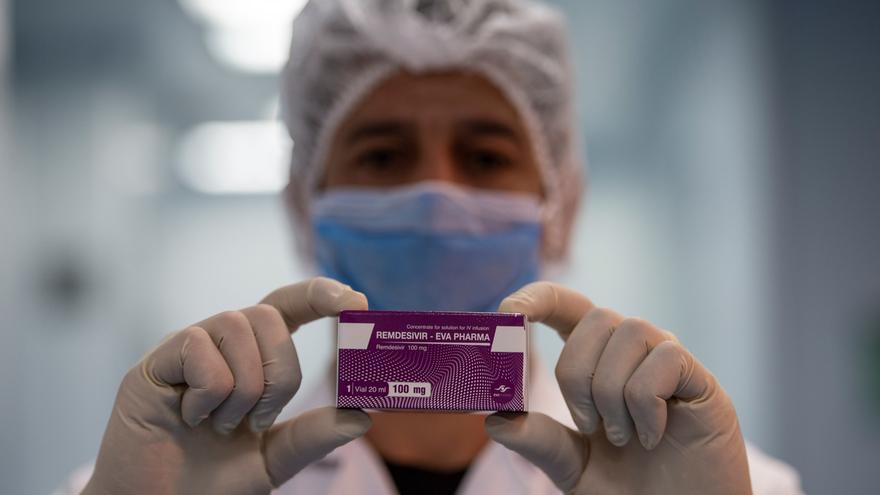 The World Health Organization finally advises against using the antiviral remdesivir with COVID-19 patients. This drug from the Gilead company has been one of the few authorized treatments against the coronavirus pandemic.

The WHO argues that this drug “is not recommended for patients admitted to hospital with COVID-19, regardless of its severity, since there is currently no evidence that it improves survival or the need for ventilation,” as published by the institution this you come at British Medical Journal.

Remdesivir is an antiviral designed to combat Ebola that, in March 2020, with the first hit of the pandemic, emerged as a compassionate treatment for critically ill patients. From there he went on to join clinical trials organized at full speed to try to find a drug that would combat SARS-CoV-2. At the end of May he obtained a provisional permit in the US and in June in the European Union. But its effectiveness never exceeded the doubts it raised.

Now, despite having received “worldwide attention” and being used increasingly, “its role in clinical practice remains uncertain,” say WHO experts. The recommendation is based on a review of clinical trials that numbered more than 7,000 patients admitted for COVID-19. After analyzing the data, “we have concluded that remdesivir has no significant effect on mortality or other relevant outcomes such as the need for mechanical ventilation or time to improvement.”

The WHO admits that the evidence does not say there is no benefit, but that, with the available data, there are no major improvements. So “given the possibility of causing significant harm, as well as the relatively high cost and consumption of resources that its application implies – it must be administered intravenously -“, he considers it more appropriate not to recommend it.

The results that this product from the American pharmaceutical company was obtaining they have starred in a kind of roller coaster that is not conclusive. At the end of last April, data from a study carried out in the province of Hubei (China) were published that pointed to an improvement in patients, but without statistical relevance. Shortly after, another trial claimed that the patients who received this product left 30% before the hospital. Gilead herself made an announcement: her drug reduced the risk of death by 62%. It was not a scientific publication but a presentation during a virtual conference.

While the The company finally put a price on its antiviral: 2,000 euros per patient for all developed countries. The US monopolized production by acquiring all the manufacturing capacity in July and 90% of that planned for August and September to add 500,000 doses. The European Union began to negotiate with Gilead the reservation of doses of the drug. The coordinator of the Health Emergencies Center, Fernando Simón, declared at the time that this drug was “helpful”, but that it was not “the panacea” against the pandemic.

During the summer months, the demand grew at a good pace until it became necessary for the Spanish Medicines Agency to issue an alert on August 21 in which it stated that stocks were going to “run out in the next few hours.” It claimed the remaining doses from ongoing clinical trials to expand the offering until more supply arrived.

As studies have progressed, the usefulness of remdesivir has been declining. In October, the WHO-sponsored COVID-19 treatment search plan, SOLIDARITY, threw that hydroxychloroquine, interferon, lopinavir, and remdesivir had shown little or no effect on mortality. Only Gilead’s antiviral was licensed as a treatment for SARS-CoV-2 infection.

However, the WHO completes its recommendation by urging that clinical trials with remdesivir continue “especially to offer greater certainty for specific groups of patients.”