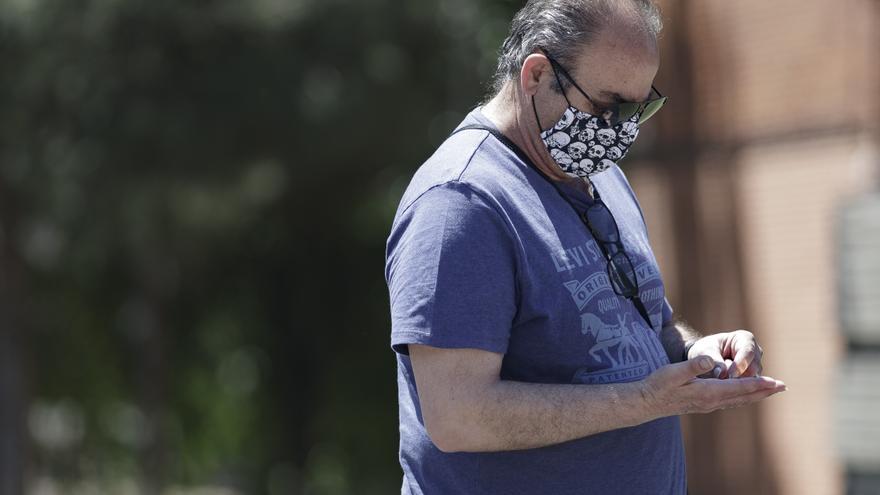 The mandatory mask for over six years regardless of the distance between people is installed in Spain, but not everywhere or with the same formula. Since the Generalitat de Catalunya made the decision to impose its use in almost any circumstance, nine other autonomous communities have followed this line, although with nuances.

The obligation was already active when starting this Monday in Catalonia, Extremadura, the Balearic Islands and the Ordizia area in the Basque Country. This day has already been approved in extraordinary governing councils of La Rioja and the Region of Murcia. The official approval has also been given in Aragon. So this Tuesday, July 14, the citizens of all those territories will have to put on the mask as soon as they leave home and in almost all circumstances. In addition, the Andalusian technical committee has approved to implement the same measure, but it will be approved in a council the same Tuesday. In Cantabria await the decree on Tuesday or Wednesday. The Asturian Executive has said that it will approve the obligation on one of those two days. The Provincial Government of Navarra has reported that will regulate this matter “during this week”, and shuffles that it is Wednesday, although, at the moment, it is not implanted. Too The Canary Islands have announced their intention to “strengthen” the use of these protections, and will take the proposal to the Governing Council this Thursday.

Still, those responsible for these measures have admitted that this is a reminder that COVID-19 is still active and the virus is circulating and infecting. In fact, the general director of Public Health of Aragon, Francisco Javier Falo, has assured this Monday that, if the indications of the new normal decree were followed, which asks to wear the mask if you cannot keep your distance, “it would not have been necessary to remove an order. Not that the scientific evidence changes. ” So when do you have to take it? Where? What are the exceptions?

The beach and the pool

The orders drawn up by Murcia and the Balearic Islands specify that there will be no obligation to wear this facial protection on the beaches. However, the autonomous communities of Andalusia, Cantabria or Asturias, which have confirmed the measure, have not specified whether they will include these qualifications in the final drafting of the order when it is published in their official gazettes. Catalonia did not include this exception in its legal text, so when accessing the Catalan beaches you must wear a mask.

Something similar occurs in swimming pools. The Region of Murcia and the Balearic Islands have considered that in these environments the mask can be dispensed with if there is sufficient space. Among the communities that have already detailed their guidelines, this relief does not apply to the norm in Aragon, Extremadura, Catalonia and La Rioja.

The prepared orders explain that the mask should be worn less when eating or drinking. Catalonia, La Rioja, Extremadura or Aragon have specified the terraces in the obligation. The general director of Public Health of La Rioja, Enrique Ramalle, explained this Monday that “in the case of being on a terrace drinking something, you can only remove the mask when you are going to consume food or drinks.” In Aragon, the Government has said something similar: in restaurants, once eaten or drunk, when speaking, it will be necessary to wear it well, that is, covering the mouth and nose.

The Murcia Executive has put it this way: “Except for the consumption of food or drinks in bars and restaurants.” In the Balearic Islands it is expected to be used in restaurants until eating or drinking. There, the CEO of Meliá Hotels International, Gabriel Escarrer, launched a contrary message during the general meeting, where he said that just announcing the measure had already “damaged” the reservation of hotel beds in an “important way”.

Going for a run, cycling or other sport, as long as it is outdoors, is out of the obligation. Most of the communities that have already regulated in detail the obligation to cover mouth and nose at almost all times have made an exception with these activities. Catalonia, La Rioja, the Balearic Islands, Murcia, Aragon and Extremadura have specified that they may not wear the mask when doing outdoor sports. In this section there are some nuances: in Aragon the exception is applied to individual sport, while in Extremadura collective sport is included, according to the explanation of the Health Minister, José María Vergeles.

It is the common exception in all the territories and was already included in the new normal decree drawn up by the Ministry of Health. People with a disease that can be aggravated by covering their mouth or nose, those who do not have autonomy to put on or take off the mask or who have any condition that prevents its use.

The autonomies that have advanced that will follow a similar path, Andalusia, Asturias, Navarra or Cantabria are in the process of drafting their own orders in which the obligation and its exceptions must be explained and specified.

Communities where it is not mandatory

On the other side are the Community of Madrid, the Valencian Community, Castilla y León, Castilla-La Mancha, Galicia, Ceuta and Melilla. Valencian President Ximo Puig has shown little support for making the use of the mask mandatory, although “it is absolutely necessary,” he said Monday. His Government has prepared a battery of restrictions on gauging and meetings that he has kept waiting to see if the mask obligation becomes a measure for the entire State. In Madrid it has decided for the moment not to take the path started by Catalonia, although the Government of Isabel Díaz Ayuso has added that “it does not rule it out if necessary”. This Monday, the Ministry of Health has maintained this position. In Castilla y León, the Executive of the PP-Ciudadanos coalition admits that he has debated the possibility of taking this measure, although he has set it aside for the time being. He Castilian-Manchego president, Emiliano García Page, affirmed this Monday that “it is convenient that the decision is taken in the country as a whole”