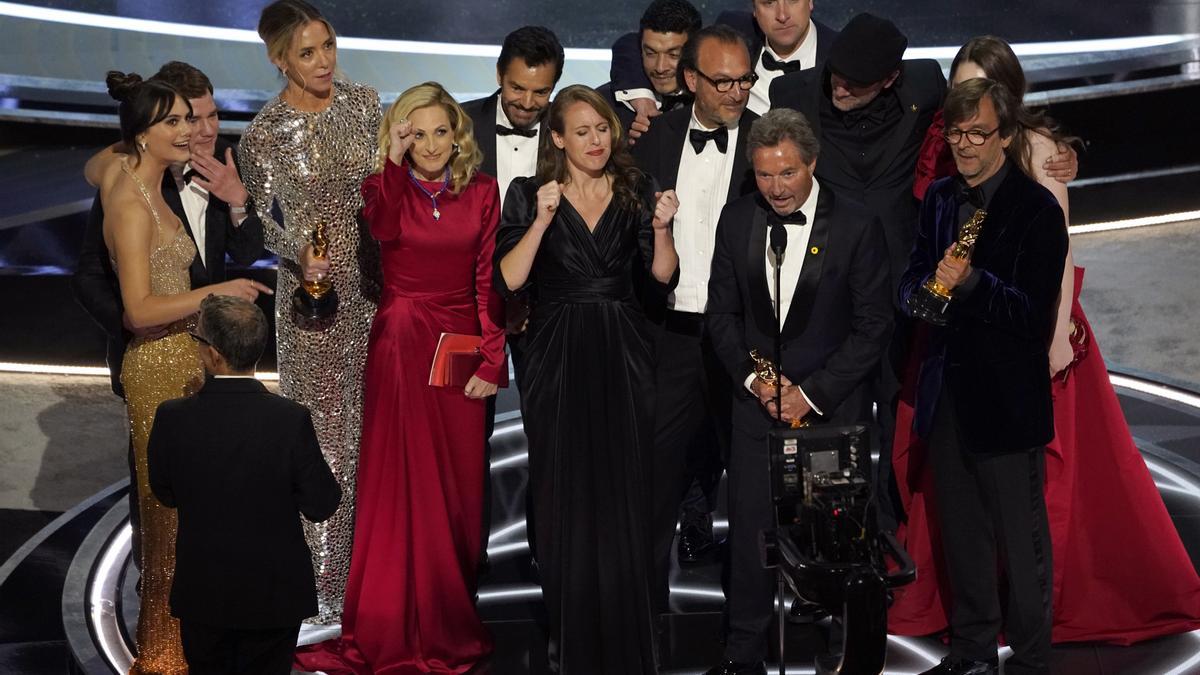 The Will Smith's assault on Chris Rock has caused that in the hangover of the night of the Oscars there is no talk of cinema. It has overshadowed the winner and the crop of films that received an Academy Award from Hollywood. Many of these titles still can be seen in rooms or on platformsso here's a review of where you can see the winners of the most controversial and strange Oscars in the history of cinema.

The big winner of the night. Sian Heder's film about a deaf family where only the youngest daughter can hear gave the surprise and took the three Oscars to which he was opting: film, adapted screenplay and supporting actor. Although in the US the film has come directly to Apple TV +, in Spain it can be seen in theaters, since here it was Tripictures who acquired its theatrical exhibition rights. It can still be seen in theaters and the number of screens showing it will surely increase this Friday. Later it will arrive on Movistar + and Apple TV, but still without a date. The film is a remake of La familia Belier, a film available on Filmin, HBO Max, Amazon and Movistar+.

'The power of the dog'

Jane Campion's film reached the final stretch of the Oscar race as the great favorite thanks to its excellent reviews and his 12 nominations. She finally only materialized one, that of Best Direction for Jane Campion, who became the third woman to achieve it after Kathryn Bigelow and Chloé Zhao. This sleazy western about toxic masculinity that adapts Thomas Savage's novel can be seen exclusively on Netflix, as it is an original project on the platform.

Will Smith became the star of Oscar night, but for reasons no one expected. The actor won his first Academy Award thanks to this sugar-coated biopic about the father of Venus and Serena Williams. However, it was his on-air assault on comedian Chris Rock that landed him in the annals of the Oscars. His movie can be seen on HBO Max.

Jessica Chastain won the Oscar for Best Leading Actress and left Penélope Cruz without a prize. The interpreter has left her skin in the promotional campaign of the film and has fought for an award that she resisted. Her role as an actual televangelist who became a mass phenomenon and her subsequent downfall when it was shown that her followers were being scammed is one of those that screams “Oscar” in every frame. It can be seen on Disney+.

Steven Spielberg has made everyone fall in love with his new take on the classic Broadway musical. His adaptation has not had the same success as that made by Robert Wise, which swept 10 Oscars (including Best Picture). Spielberg's musical only managed to win one award, Best Supporting Actress for Ariana DeBose, who became the first openly queer actress to win the award. The film is on Disney+.

The big winner of the night, at least in number of prizes. The adaptation of the novel by Frank Herbert won six Oscars, although all were technical. good booty for one of the most spectacular films of the year which already has the green light to shoot its long-awaited second part, since Dennis Villeneuve's film only adapts the first half of the book. It's on HBO Max.

The film that critics have fallen in love with since it passed through the last Cannes Film Festival, where it won the award for Best Screenplay. Riüsuke Hamaguchi's adaptation of Murakami's story has become a phenomenon that managed to sneak into the important categories of the Oscars. It was nominated for Best Picture, Directing and Adapted Screenplay, but only managed to win International Film. After a successful run through theaters, it arrives at Filmin on April 8.

The Disney movie is one of the phenomena of the year. His time in theaters was a success, and his soundtrack has become a hit thanks to his song We don't talk about Bruno, which was even performed live at the ceremony. It had three nominations, but could only win Best Animated Film. It is, of course, on Disney +.

This documentary explores the legendary Harlem Cultural Festival held in the US in 1969. It paid tribute to African-American culture and music, as well as promoting black pride and denouncing the prevailing racism in society at the time. A film that has become a small phenomenon thanks to word of mouth and that is already on Disney +.

With a career as an international animator with a very personal stamp, Alberto Mielgo came to the Oscar nomination being very little known in his country of birth, but highly admired within the sector for his work in the spectacular movie Spider-Man: A new universe and the Love, Death & Robots series. He has won the statuette for Best Animated Short Film for a non-Spanish production from his own studio. Since the director wanted the largest possible audience to see it, he has posted on YouTube.