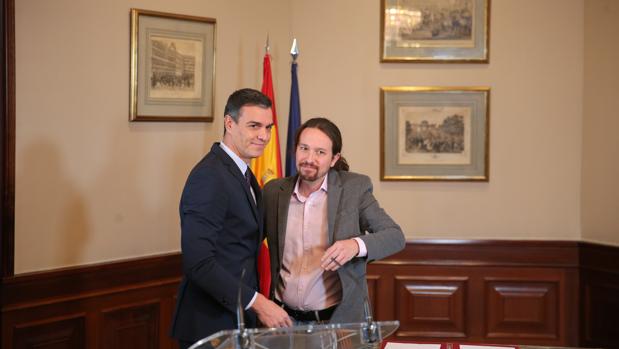 Not even the rebounds of consumption linked to Black Friday and Cyber ​​Monday have been able to stop the disturbing loss of bellows in the generation of employment. Denying it by now is like hiding that it dawns every day. The question now is to know with what intensity the growth of the economy will slow down, and in what intensity it will impact on the generation of employment, undoubtedly the most socially sensitive variable, given that the number of unemployed remains above three million.

The impact of the 2012 labor reform, approved in an e

The simple intentions already alarm those who generate employment, who fear, not without reason, a new rise in employment taxes and rigidities in the labor market that, in no case, will help nurture membership. As ABC advanced the business fabric is pressuring the president of the Government not to give Work to Podemos, because he knows what is coming up: less power of companies in the agreements, prohibit contracts of less than one month, 34-hour day weekly and one thousand euros of minimum wage «immediately». Come on, a dart in the waterline, especially small and medium-sized businesses and freelancers, which are, in short, those that pull the labor market in Spain.

Mr. Sánchez, be very careful with the work experiments that you start if you govern in an upcoming term. Any tightening of the legislation or a new increase in employment taxes could have dramatic consequences for the occupation. There are already indefinite hiring data. In the last year companies have made a hundred thousand less, of course a sign of uncertainty and loss of confidence of employers. .