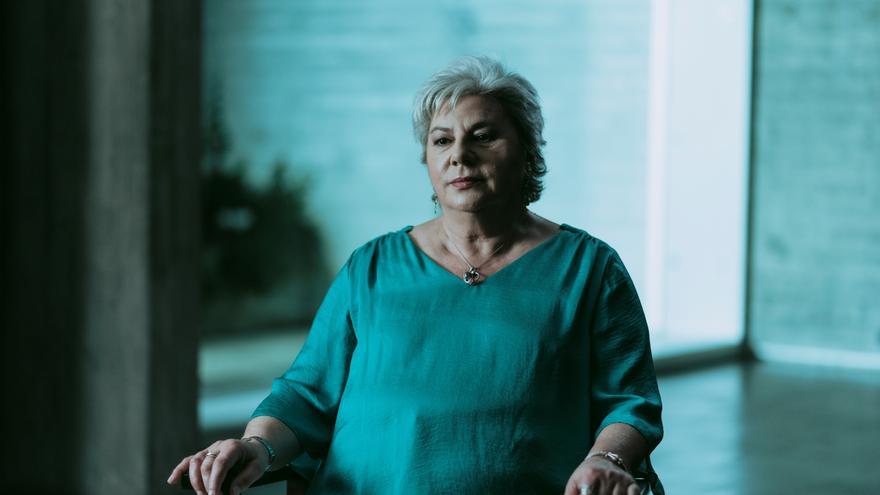 The media cases of the murder of Rocío Wanninkhof and Sonia Carabantes, the disappearance of Marta del Castillo or the violent death of Lucía Garrido are some of the cases that have jumped to the screen, turned into T.V. series, in a year in which the 'true crime' genre has experienced an explosion in Spain.

Throughout 2021, the production of documentary series based on true crimes has multiplied, a trend that was born a few years ago in U.S and that will continue in the coming seasons.

"After the success of 'Making a murderer" ("Making a murderer") in the United States in Netflix, we began to detect true crime as a trend. Through this and other platforms It was spreading throughout the world and in each country their particular cases have been made”, Explains to Efe Verónica Gómez-Jordana, Director of the Teleformat television formats and trends observatory, belonging to the GECA consultancy.

Among others, this year that is about to end has left docuseries of the case of the disappearance of Marta del Castillo ('Where is Marta?' From Netflix), the gruesome case of the murder of Lucía Garrido ('Lucía en la cobweb', RTVE Play) and two about the deaths of Rocío Wanninkhof and Sonia Carabantes ('The Wanninkhof - Carabantes case' on Netflix and 'Dolores: The Truth About the Wanninkhof Affair' on HBO Max).

"People like it because of the curiosity, there is the attraction for the evil one and for playing detective and solving the unknowns. Furthermore, it is content that, although it is based on real events, plays with fiction, it is a hybrid ”, says Gómez-Jordana.

"People like it because of the curiosity, there is the attraction for the evil one and for playing detective and solving the unknowns"

The explosion of true crime documentaries, he adds, hhas come from the hand of the expansion of the platforms in Spain, who have launched into producing this genre that they also like because “it has elements of nostalgiaIt recalls cases from the past that are a reflection of the society of that time ”.

A society that showed its miseries when at the beginning of the millennium it publicly stoned Dolores Vázquez, which was accused without proof of the death of Rocío Wanninkhof in a trial full of irregularities that ended up being invalidated. She has now spoken for the first time to HBO Max to tell the hell in which his life was turned by one of the most mediatic cases of the black chronicle of Spain.

Another documentary, that of 'Where is Marta?' has managed to open a new avenue of investigation in the case of the young woman whoe disappeared in 2009 and that, according to the sentence, she was murdered by her ex-boyfriend, Miguel Carcaño, although his body has never been found.

Much less media, although highly revealing of the system failures, is the case of the violent death of Lucía Garrido in the Malaga town of Alhaurín de la Torre in 2008, which ended up uncovering one of the most complex corruption cases of the 21st century.

"This story tells us about our society, of how institutions fail and how a region can be endangered by things like corruption or drug trafficking ", tells Efe Tomás Ocaña, creator of 'Lucía en la cobraña' (RTVE Play).

Accompanied by Rafael González and with the help of RTVE, the documentary team (produced by El Cañonazo and The Facto) has carried out an exhaustive investigative journalistic work that recovers a case that starts from a murder and branches off uncovering a plot of urban corruption, exotic animal trafficking, drug trafficking and arms trafficking.

"These series come to cover a gap that existed in journalism formerly made by large magazines such as Cambio 16, Tiempo or Interviú, which went deep into cases like these"

A case that is still open today and that fills fewer newspapers than it should. "These series come to cover a gap that existed in journalism that was formerly made by large magazines such as Cambio 16, Tiempo or Interviú, which delved into cases like these ", explains Ocaña, winner of three Emmy Awards.

He also believes that true crime is a trend that has come to stay, although it highlights the importance of making products that "have something else", that "are capable of portraying society" and, above all, that they are careful not to cross the line of morbidness. "If something is not informatively relevant, it is not necessary to show it," he says.

Although without crimes involved, this year they have also been able to see, among others, series of the genre such as 'Edelweiss' (RTVE Play), on the sect that captured thousands of Spaniards, or 'Nevenka' (Netflix) on the case of Nevenka Fernández, a pioneer in Spain in the recognition of sexual harassment.

And for the next few months, premieres such as'Don't tell anyone '(Atresplayer Premium), which will tell the story of the Brazilian Patrick Nogueira, Pioz's murderer; 'In the name of them' (Disney +), which will focus on the case of photographer Kote Cabezudo, prosecuted for alleged sexual abuse, fraud and other crimes against various models, or 'Crimes, by Carles Porta' (Movistar +), a docuseries that adapts a Catalunya Ràdio program that reviews some of the most well-known murders in recent Spanish history.