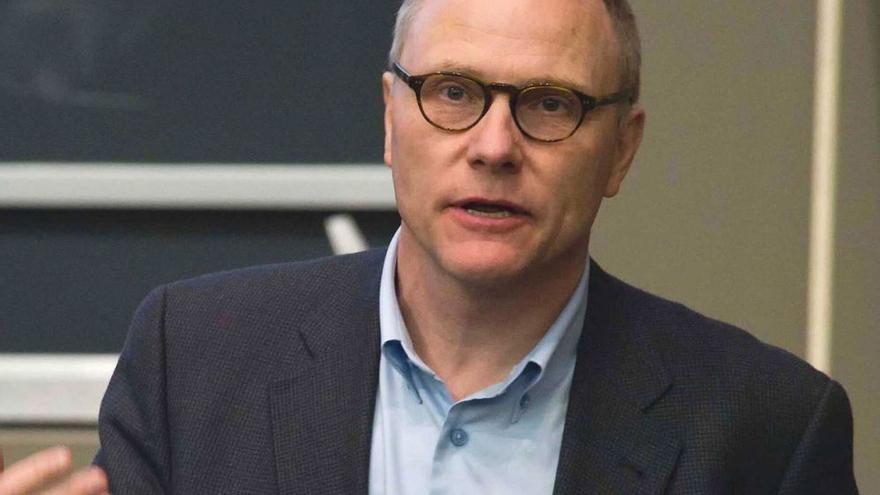 Increasing the minimum wage does not always reduce employment. And, when it does, it seems to have fairly limited effects. This first conclusion, reached by economists David Card and Alan Krueger in a 1994 investigation, shaken the economic doctrine that they wanted to impose and that some economic sectors continue to be determined to uphold. Until then, studies asserted that increases in the minimum wage caused a substantial reduction in employment. They proved that it was not so. The Nobel Prize in Economics this year has recognized David Card for this and other research, as well as two other economists: Joshua D. Angrist and Guido W. Imbens. The award does not address this groundbreaking conclusion on the minimum wage, but rather the methodology that has “revolutionized empirical research”, the Swedish academy celebrates.

The jury for the Nobel Prize in Economics has awarded a look, a way of doing economic science through what are known as “natural experiments.” Through real situations “in which fortuitous events or political changes cause groups of people to be treated differently,” explains the famous academy, researchers can distinguish various population groups and isolate certain elements to reach cause-effect conclusions.

The scientific proof that in economics one could arrive at these cause-effect relationships, and how to do it, is what has been worth to David Card, Joshua D. Angrist and Guido W. Imbens the prestigious Nobel. The three researchers, with complementary works to which Alan Krueger (now deceased) also contributed, were “a revolution”, highlights the award court.

Because until now there were quite a few studies that fell into what could be called ‘broad brush’. The Australian Economist Justin Wolfers stands out in a Twitter thread how many previous investigations started from a multitude of correlated data to reach cause-effect conclusions that were not really founded. The three winners took a step to be able to sustain conclusions, by means of “a set of tools and approaches to help make credible causal claims,” ​​he says. An area that is not friendly to gurus and ideological biases and that tries to make economics gain credibility as an empirical science.

The award-winning method of “natural experiments” sometimes broke pillar-like schemes. A clear example is the research of David Card, whom the Swedish academy recognizes as a “pioneer” in dismantling the conventional economic view on various issues related to the labor market. From the alleged negative effects of immigration for native workers and the increase in the minimum wage in employment, as well as the impact of a greater investment in education for the future of work.

A investigation by David Card and Alan Krueger in 1994 put the magnifying glass on a natural experiment on this subject. He analyzed two neighboring states of the United States (New Jersey and eastern Pennsylvania), with similar job characteristics, but which differed due to the increase in the minimum wage only in the first. Card and Krueger looked at the fast food sector, low-wage and therefore more affected by the minimum wage, and studied whether the increase in the minimum wage had a negative effect on employment, as economic doctrine constantly said. The result was resounding. There was “no evidence” of negative effects and, in fact, employment increased in New Jersey and decreased in Pennsylvania.

In the case of the effects of immigration on national workers, David Card also stands out for a pioneering study based on another natural experiment: the authorization given by the Cuban regime in April 1980 for all Cubans who wanted to leave the country towards Miami Between May and September, some 125,000 Cubans emigrated to the United States. Many stayed in Miami, which was a huge increase in the workforce in the area. Card then compared salary and employment trends in Miami with four comparable cities and came to another surprising conclusion on that date: There were no notable negative employment effects due to migrant arrivals either.

The conclusions of Card and Krueger of 1994 overthrew the “dogmas” of many about the minimum wage, as also happened with their study on immigration and other issues. And, most importantly, that the Swedish academy celebrates: the investigation on the matter was reopened. “The results of these studies challenged conventional wisdom and led to new research, to which Card has continued to make important contributions. Overall, we now understand the workings of the job market much better than we did 30 years ago,” the academy notes.

The Spanish economist Libertad González, professor at the Pompeu Fabra University in Barcelona, ​​highlights the influence of the three winners for her career as a researcher and that of many other colleagues. “They have given us empirical economists glasses, which we can no longer take off and we continually see possible natural experiments,” says González with a laugh. The announcement of aid, a regulatory change or a new public policy sets off the alerts of economists dedicated to research, who see an opportunity to expand knowledge shoot up.

Libertad González, for example, used this methodology in studies that took advantage of Zapatero’s so-called ‘baby check’. A sudden change that meant that, as if it were by chance, families who had babies days apart benefited or not from this public policy, which made it possible to analyze the specific effect of the latter on various issues. González celebrates the award for the three researchers for their enormous significance, which he also calls “revolution.”

A revolution that has brought empirical analysis “to the forefront of scientific research” and that displaces studies contaminated by ideological biases and those too technical that did not achieve an impact. “These economists analyze many socially relevant issues, such as the labor market, of which they reach very credible conclusions, a very advanced knowledge”, highlights the Spanish professor.

The Nobel Prize in Economics court has estimated this and recalls that, as González points out, there are many natural experiments in our day-to-day life that can open the doors to better understand the economy. As explained in this interview the award-winning Mónica Martínez-Bravo, among researchers there is a growing group of “plumbers” who want to be useful to society and bring the economy closer to everyday problems. The three awarded specialists have shared with the world some “glasses” to analyze our environment from science, to advance society hand in hand with knowledge.