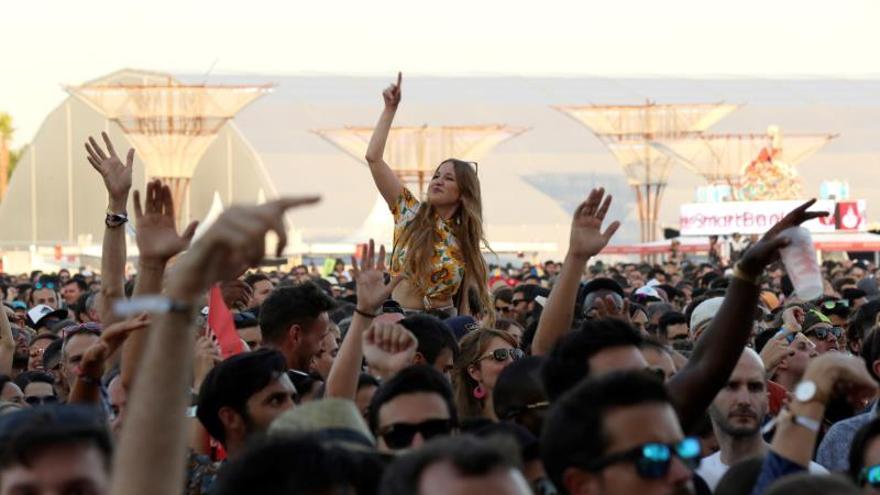 The government has just approved the youth cultural bonus that was announced for the first time in October 2021. “It is a measure that is committed to young people and to an industry that has suffered so much in these months of the pandemic,” President Pedro Sánchez said at the time. It will be 400 euros per head and will serve, according to government estimates, some 500,000 people in Spain. Although the measure was announced months ago, not many details had been revealed about which Culture and the Executive have lurched until today: especially what it will include and what it will not.

The Minister of Social Rights and General Secretary of Podemos, Ione Belarra, claimed responsibility for the initiative on Twitter: "The budget agreement will include a youth cultural bonus at the proposal of United We Can". So did Yolanda Diaz, Third Vice President and Minister of Labour: “Supporting the arts and the future of young people was an essential condition for the budgets”. The so-called Youth Cultural Bonus is endowed with an item of 210 million euros.

When will it be operational?

Once approved by the Council of Ministers, the establishments or institutions that want to adhere to the Youth Cultural Bonus will have to do so within a period of time. They also have to finalize the digital platform with which the bonus payment will be managed. The Government has estimated that it will be in force for the summer of 2022, starting in June, but there is no fixed date in the text of the Royal Decree.

Who can have it?

People who turn 18 in 2022, who have Spanish nationality or have legal residence in Spain, or who have applied for asylum or are refugees in Spanish territory. The choice for the beneficiaries to be 18 years old, according to the Government, responds to the fact that "majority implies, in addition to the assumption of certain duties and rights, autonomy with regard to their decisions in many areas, also in the cultural".

How is it requested?

The Youth Cultural Bonus will have a digital platform where beneficiaries can sign up and whose applications will be processed in order of presentation. “Once the aid has been granted, the total amount will be paid in a single payment and in nominal virtual prepaid card format, which will be identified with a number and the identity of the beneficiary,” states the rule. Each young person will have 365 days from the activation of their card to spend the balance between those options that have joined the bonus.

No. The bonus is divided into three blocks: 200 euros for live activities; 100 euros for physical products; and another 100 euros for online or digital consumption. In this way, the Government wants to diversify spending among various activities and sectors that have suffered from the pandemic.

Is it good to go to the bulls?

No. At first, the Ministry of Culture opened the door for the cultural check to also be used to attend bullfights, but shortly after, Miquel Iceta backed down. "Not all the elements that our legislation considers culture are going to be covered by this cultural bonus," he justified in a press release sent to the media.

To recapitulate, stationery products, textbooks, computer equipment, artistic material, sports and bullfighting events, fashion or gastronomy are not included. Nor will it cover the purchase of products that have been rated X or pornographic.

And to go to a concert?

Yes. It would fall within the first block of 200 euros, that of live activities, which includes “tickets and subscriptions for performing arts, live music, cinema, museums, libraries, exhibitions and scenic, literary, musical or audiovisual festivals”.

The second block, that of physical supports, refers to “books; magazines, newspapers or other periodicals; video game; musical scores; and CD, DVD or Blu-ray discs”. Lastly, online or digital consumption includes “subscriptions and rentals to musical, reading, audio-reading or audiovisual platforms; purchase of audio books; purchase of digital books (e-books); subscriptions for downloading multimedia files (podcasts); online video game subscriptions; and digital subscriptions to newspapers, magazines or other periodicals”. These records will be limited to a maximum of four months.

Has it been recommended not to use it for manga and video games?

No. In fact, the minister Miquel Iceta defended him in an interview with this newspaper: “Of course manga is culture and in the Ministry we have found some attacks for the fact that we consider manga and comics to be culture. And video games. First because young people are telling us their preferences, but then because it's true and to all those who talk about manga and comics with that contempt, I would ask them to read them, to get closer to that world”.

This argument has served as an excuse for the government's opposition to attack the new measure, especially considering the example of France, where kids usually invest the 300 euros of the Elysee mostly in comics and manga. “We would love it if they decided to go see an opera one day as well. Maybe they like it or maybe they don't, but it's an opportunity to do things that perhaps without that help they wouldn't even consider it, "Iceta acknowledged. Although, deep down, the Government knows that "each young person has to decide what each part will be spent on."

Has the bonus worked in other countries?

In France it works a very popular Pass Culture of 300 euros per person since 2019, which 78% of young people invested in books and most of them in manga comics. The French government has also limited spending on digital items to €100. Instead, your voucher is available for 24 months.

For its part, Italy has an app with a series of coupons worth 500 euros for 18-year-olds to spend on movies, music and concerts, cultural events, books, museums, monuments and parks, theater shows, dance , music, language courses and newspaper subscriptions, also in digital format.

🔴The #CMIN approves the Royal Decree that regulates the #BonoJovenCultural with which young people who turn 18 throughout 2022 will have 400 euros to purchase and enjoy cultural products, services and activities