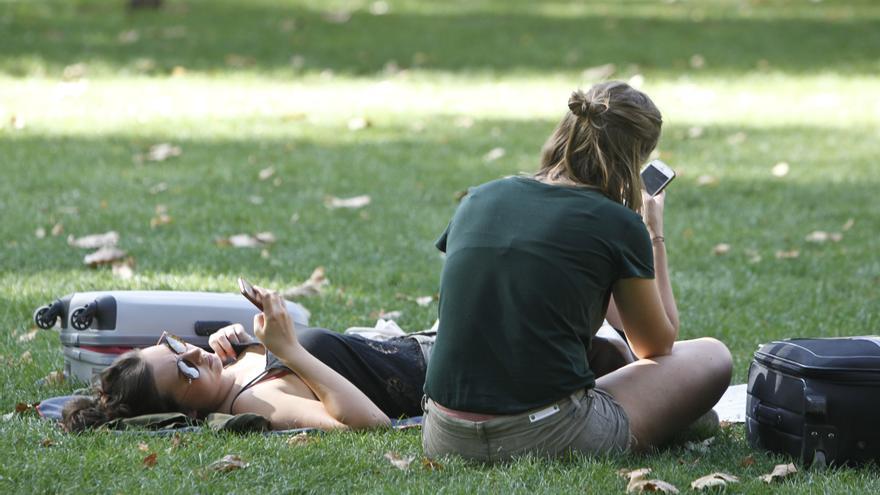 After six waveswith 10,707,286 cases of infection and 96,906 official deaths since the start of the pandemic coronavirus in Spainthe mystery remains why some people get infected and others, in contact with positives, they manage to get rid and surf the virus or what is the same: they are super resistant. Not even the very high rate of contagion of the omicron variant has managed to infect them. What is your secret?

The immunologists consulted by The Newspaper of Spain they talk about a "very intriguing" group that never have a positive PCR or detect antibodies because they would have a group of T cells -which are part of the immune system- specific against the virus manufacturing machinery.

With the accumulated incidence in Spain registering a sharp drop -with data from this Tuesday of the Ministry of Health stands at 1,142 cases at 14 days per 100,000 people-, the communities announcing the end of the restrictions and a very high percentage of the population immunized, the end of the sixth wave seems closer every day. In fact, communities like Madrid already consider it finished.

And, although at a descending rate, infections continue to occur. This is where, in the context of a sixth wave marked by a highly contagious variant that, in recent months, has skyrocketed the number of infected around the world, the question arises: how is it possible that some people, even from a same family, have been infected and others have raffled the virus? What makes them so resistant? What makes them different?

Dr. Yvelise Barriosmember of the Spanish Society of Immunology (SEI), begins by explaining to The Newspaper of Spain that the specialists know that there are "certain mutations in some genes of the innate immune response" that they have known since they had the opportunity to classify the patients. Then they saw that there were young patients who, in an unusual way, "had severe forms of the disease and that the part of the innate response was very important to protect them effectively against the virus." They determined that "some genes or antibodies indicated that they were going to get worse and that was good because, if the factors were clear from the beginning, it could help us to establish more effective therapiess and be careful with them".

Second, the doctor describes a population group that, despite being in contact with the virus, passed the disease "in a very slight way and, even, they didn't even know". There, he explains, there were several theories: that their innate immune response "was very powerful", something common in children or young people who, in a phase of their lives with a lot of socialization, have a "more trained" system, which would explain why they did not develop severe symptoms of covid-19.

The most immigrant group

Thirdly, Dr. Barrios alludes to that "most intriguing group" who, despite living with positives, never have a positive active diagnostic test nor are antibodies detected to know if they have had the disease. It alludes to a publication from late 2021 by a working group - led by Antonio Bertoletti, professor of immunology at Duke University, in the Division of Emerging Infectious Diseases in Singapore - studying "very deeply" the cellular response in patients with covid.

The researchers enunciated a very important concept: that of abortive infection

The group made family and healthcare follow-up and found people "who had lived closely with positives and did not become positive in PCR. They found something very interesting and is a group of T cells -which are part of the immune system- specific against the virus manufacturing machinery (the virus polymerase)." The immunologist indicates that the researchers presented their work at the I International Symposium on Immunology and Health -which was held in Alicante in December past- and its theory is "very pretty": People who have these T cells would be "very fast controllers of infection."

Dr. Yvelise Barrios indicates that in the presentation, the researchers enunciated a very important concept "which is that of abortive infection: people who come into contact with the virus but do not become positive because they have those cells that control it in a very specific way" . She indicates that it is a very valid hypothesis "because another of the lines to identify these people was that they had pre-existing immunity against other catarrhal coronaviruses." In other words, there would be certain people for whom that pre-immunity, when in contact with the coronavirus, would help them "to have those abortive infections and that would explain part of what happens in children".

In the same direction, the Madrilenian Infanta Leonor University Hospital participates in an international clinical trial whose objective is to identify the genetic or immunological keys that explain the stage of hyper-immunity that patients develop against the coronavirus. In the studio, collaborate Dr. Jesus Troyfrom the Internal Medicine Service, and the research is part of the COVIDHGE (COVID Human Genetic Effort) international consortium, led by Dr. Jean Laurent Casanova, from the Rockefeller University of New York. In Spain, it is coordinated at the national level by Aurora Pujolresearcher at the Bellvitge Biomedical Research Institute (Idibell), in Barcelona.

The study seeks to analyze the genetic characteristics of these people super-resistant to covid-19 to try to decipher the cellular mechanism that protects them and, thus, be able to replicate it in drugs to combat the disease. Participate in the work more than 40 research centers.

Find out what this protection mechanism is - that is, what genetic reasons are behind resistance to coronavirus- can help design pharmacological treatments that help fight, or even prevent, the infection. The project proposal has been published in the magazine Nature Immunology last October. Currently, the researchers have just closed the participant recruitment phase -more than 3,000- and they are processing the data of the candidates to start the analysis, they explain to this newspaper from Idibell. Scientists hope to have the results in a matter of months.

The requirements to participate in the study were having lived with an infected person for at least three days, having close contact for a minimum of one hour a day, without wearing a mask or any other protective measure. In addition, the candidate had to have a negative PCR test followed by a negative antibody test within four weeks, all accompanied by a positive PCR. of the infected person. Participants took a blood or saliva sample to sequence the DNA and find differences from people who have suffered from the infection.

A woman is vaccinated in Madrid.

The researchers' hypothesis is that the key that the virus uses to enter the cell (the virus' cell receptors) is either not expressed or is expressed In a different way in these people compared to the rest of the population. Knowing these genetic determinants could help explain not only why some covid-19 patients develop severe disease, but also to propose possible lines of action.

The study, entitled "Genomic medicine to identify susceptibility genes/causes of hyperimmunity due to SARS-CoV-2 infection", began its journey in May 2020. With the final data, the scientific team wants to advance in the development of treatments against covid. Locating these changes in the DNA in genes that facilitate the entry of the virus into the cells or the first phases of viral multiplication, would allow the design of specific drugs for the disease.