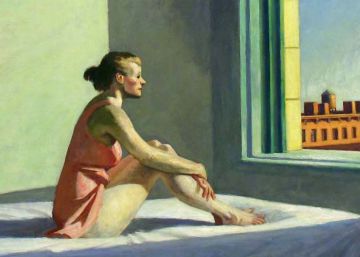 It doesn’t seem to be a secret to anyone that Lev Tolstoy affirmed that “all happy families resemble each other and unhappy families are unhappy each in their own way”; But the fact is that, at least since the beginning of the pandemic, unhappy families also resemble each other, especially those with children: monitor their use of the phones that have become their only connection with the outside world, try to keeping them entertained, somehow enhancing their skills and hiding their discomfort while, in the best of cases, trying to telework have become the routine of parents whose own perception of a supposed lack of stimuli has thrown them into the arms of the home reform, television series consumption, sex toys and YouTube tutorials.

No later than the beginning of the string of full and partial confinements of these months, children and parents experience a boredom for which a world articulated on the premise that they would always have something to entertain themselves (if they could afford it) has not prepared them at all. And yet boredom seems not to be without advantages, such as experts argue; significantly, in addition, it runs like a shadow line the totality of contemporary thought. Thus, the cancellation in 2010 of a congress on “interesting things” led (logically) to its leaders creating a congress on “Boring”; Ten years after its creation, the congress has a large archive of interventions, the most recent about the boredom derived from watching the new football without spectators in the stands, listening for hours to the sound of a vending machine or watching certain programs of the British television.

Already at the beginning of the 20th century, the British writer George Bernard Shaw observed that “public conversation would be an exceptional remedy against insomnia if people became used to speaking in a lower voice.” Even before that, Søren Kierkegaard, Immanuel Kant and Friedrich Nietzsche believed that they saw God’s boredom as the cause of Creation, and in that of Eve, his “temptation”, and they also wrote about him René Descartes, Arthur Schopenhauer, Sigmund Freud, Martin Heidegger and Theodor Adorno. A “unique event, which always repeats itself” (the phrase is by the Argentine writer Rodolfo Enrique Fogwill) thus returned again and again to the front line of the battle of philosophy at the same time that it became something we all prefer not to talk about. : as the Argentine philosopher Diana Cohen Agrest recalled in a splendid essay, boredom is boring.

But seeing “interesting people talking about boring things”, as proposed by those responsible for The Boring ConferenceIt may not be boring, or it may be in an exceptionally interesting way. Bouvard and Pécuchet, the poems of spleen by Charles Baudelaire, the William lovell of the German romantic Ludwig Tieck, the exhaustiveness of George Perec’s books, the tense wait in Samuel Beckett’s work, the renunciation of the narrative action of the Nouveau Roman, the books by William Gaddis and David Foster Wallace, The identity by Milan Kundera, The Book of Restlessness by Fernando Pessoa, Perfect Tense by Michael Bracewell, Extension of the battlefield of Michel Houellebecq and the exceptional Latin American tradition of emptying the novelistic form that goes from The empty book from Josefina Vicens to The luminous novel by Mario Levrero, among others, constitute partial but extraordinary attempts to answer the question about what happens when nothing happens or it seems that nothing happens.

“She said we were never bored / Because we were never bored,” sang Neil Tennant in one of the most famous Pet Shop Boys songs (Being boring) quoting Francis Scott Fitzgerald in passing. In accordance with a permanently updated list on GoodReads, the most boring books in history are The rebellion of Atlas by Ayn Rand, The guardian between Jerome David Salinger’s rye, Moby Dick, The old man and the sea by Ernest Hemingway, Wuthering Heights and The Bible, as well as Twilight by Stephenie Meyer, Eat Pray Love by Elizabeth Gilbert and Fifty Shades of Grey by EL James. It does not seem that this judgment has much to do with the importance and / or (uneven) quality of these works, but rather with the mixture of curricular readings and bestsellers in the heads of the users of this social network. Perhaps all that happens is that, unlike what Tennant sings, they get bored because they are boring; But, basically, what the disparity of the list reveals is the impossibility of accessing the books without keys that help define their value, as well as the type of confusion that presides over the most recent reception of literature, the cinema. and almost any other product of the cultural industries.

By deserting the task of contributing to public discussion to focus almost exclusively on economic performance in the name of “the situation” (as exemplified by many of this quarter’s editorial developments), the cultural industries make their products subject to the validation of a erroneous logic according to which something would be good just because too many people buy it. In a deeper way, what they do is reveal their true nature, that of some industries that market their products as novelties but choose and modify them so that they lack novelty, so that they are exactly the same as products that have already worked: other books of the same author, one of the fashion trends, a genre, anything that makes it possible for consumers to identify the product who must deal with the contradiction inherent in wanting to consume the same thing over and over again and, at the same time, not get bored . Like in Candy crush and other similar video games that the pandemic has popularized to levels difficult to imagine, the difficulty may be increasing, but screen after screen, the game is always the same.

A few years ago, in 2013, the Mexican essayist and poet Luigi Amara founded with some friends The Yawning International, a program, in his words, “of punk descent” that aimed to “break into the annoyance of the everyday with arrogance, like a hyperbolic arcade.” The Yawning International it arose out of the climate of frustration and pessimism resulting from the failure of the social transformation projects of the 1960s and 1970s and their replacement by the promise of more and more “interesting” stimuli in the framework of late capitalism. In Boredom school, Amara diagnoses that “work is above leisure, entertainment above contemplation, noise above silence. And all because we are less and less able to support ourselves ”. As the Spanish essayist Santiago Alba Rico stated, “Capitalism basically prohibits two things. One is the gift. The other boredom ”.

“All parents know the anguish of a bored child,” wrote Alba Rico. “There is nothing more tragic than this discovery of pure time, but perhaps nothing more formative either,” she said. And it is difficult not to think that perhaps this is the best gift that parents can give their children at this time, the recovery of available time as a horizon full of possibilities, even the possibility that boredom is forging resistance to the difficulty of imagining a future (if not better, at least) not as bad as the present, which is engulfing us in the pandemic. “When boredom hits you, surrender to it. Crush ’em, dip’ em, hit bottom […]: the sooner they hit bottom, the sooner they float again, “Russian poet Joseph Brodsky advised his listeners in his” Praise of Boredom, “one of his most direct and provocative texts.