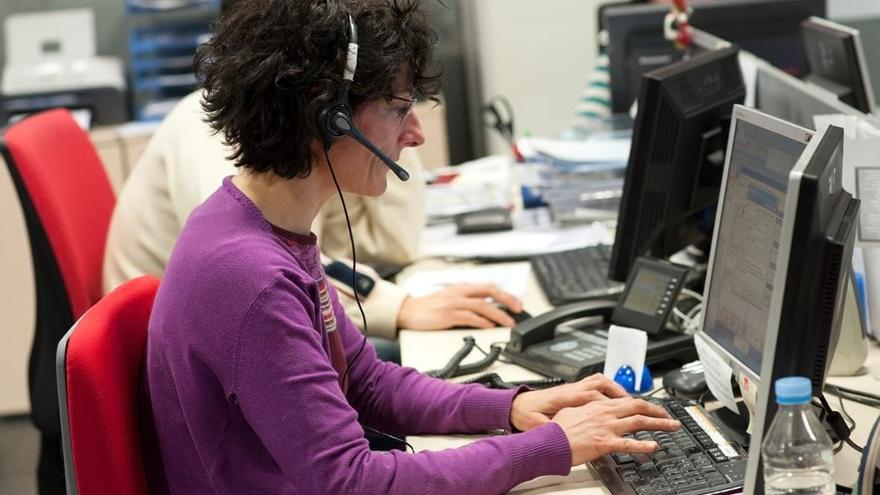 “Who? Simone how? I hadn’t heard. Poor girl.” Carmen, a salesperson for an insurance company who has entered her fifties, has to supplement her salary with house cleaning to balance the accounts at the end of the month. Oblivious to the media retirement of the gymnast Simone Biles in the Olympic Games and her plea about mental health problems, she knows well what it is to feel overwhelmed and unable to act. “To the point of having to take a lexatin because I was shaking all over in front of the computer without being able to turn it on,” explains the worker. “And did the girl leave him after getting there?”, He reflects, between surprise and admiration at the passing of Biles.

When millions of eyes were hanging on what stunts she would do in Tokyo, the global gymnastics star took a step to the side and put her mental health problems in the spotlight, fueled by enormous pressure and expectations on the athlete. He did it just a few months after the Japanese tennis player Naomi Osaka, at that time number two in the world, left Roland Garros due to anxiety. “We have to protect our minds and our bodies,” explained Biles about why he had left the track, in what many have celebrated as an important gesture to make these pathologies visible.

“This is talked about a lot only in petit committee. You are wrong, but it is not commented on either … Then you talk to the colleagues and we are all the same, we can’t stand it, it’s horrible … “, says Carmen, who when she started in her position four years ago had between eight and seven colleagues in his apartment. “Now sometimes there are just two of us. Things have gotten worse and worse, each year worse and with the pandemic … Before I liked my job, but now it is terrible. We have less staff and much more work, so it is impossible to get to everything, “he explains.

Given what happened with Biles, tennis player Novak Djokovic affirmed that pressure is “a privilege”. For Carmen, the privilege would be to be able to stop. “I can’t put it down. Where am I going?” He says, pointing. As a woman of more than 50 years and without higher education, this telemarketer with commercial functions resigns herself to continue in her position under these conditions because she feels that she has no other option. “We continually say it to superiors, that we cannot cope, that staff are needed, that we cannot take it anymore … The million-dollar answer: ‘It is what it is.’ I hear it a thousand times a day. That things are bad. .. But it is that this is not possible to work “, he reflects.

The Second Vice President and Minister of Labor, Yolanda Díaz, pointed out a few days ago to the occupational origin of many health problems. “Mental health is being extracted and automated as something individual to people. One of the main reasons for the deterioration of mental health has to do with job insecurity,” he said in a public interview, in which he announced that the Ministry will create a group of experts in September to analyze this reality.

Anxiety and depression are the mental health problems with the highest prevalence in Spain. 6.7% of those over 15 years of age suffer from them, according to data from the National Health Survey ENSE, of 2017. But the pandemic has made these diseases much worse, warn the specialists, who see attention spilling over into weakened public services. “The ratio of psychiatrists in the public health system is 8 per 100,000 inhabitants in Spain. The European average is 13-something”, says Dr. Celso Arango, president of the Spanish Society of Psychiatry. “When they are badly given, as is happening now, the deficiencies that already existed become evident,” he says.

Arango recalls that anxiety can sometimes be experienced without the person suffering from a mental health problem. “We cannot psychologize it, or psychiatrize everything. You can feel sad without being in depression and have anxiety without it being a disease. The pathological is what is out of the ordinary and affects us in our life. That you have so much crisis of anguish that I block myself and I can’t write, for example, “sums up the psychiatrist.

It is difficult to estimate the number of disorders that are due to work. In many cases there are several causes that contribute to them and sometimes “vicious circles” are formed in which the person is not well for other reasons and work worsens their mental health. Of what there is evidence, says Albert Navarro, doctor in Public Health, is that some work practices greatly increase the risk of suffering health problems.

If working at ‘high tension’, coronary heart disease can be 34% more frequent, cerebral infarction 24%, and suffering from anxiety and depression is 82% more frequent, according to a recent study by the research group that coordinates Navarrese, the POWAH of the University of Barcelona, together with ISTAS-CCOO.

Working with ‘high tension’ is defined as having more workload than the employee can carry out in the day, together with a lack of autonomy or influence over their tasks. One of the current threats is the large increase in workers who are exposed to ‘high tension’, which has exploded with the pandemic. This 2021, almost half of the wage earners fit in this circumstance of great labor pressure, according to the POWAH and ISTAS-CCOO survey among 25,100 participants carried out in the months of April and May. In 2020, in the middle of the pandemic, the data was similar, triggered compared to the last registered, “of 22.3% in 2016”, stresses Albert Navarro. An unpublished WHO investigation this year put 745,000 annual deaths in the world due to long hours of work.

Precariousness is confirmed in several studies as a factor that increases the risk of suffering mental health problems. This has been verified with respect to the unemployment situation, for example. “Those who were unemployed reported a prevalence twice higher than those who were working (7.9% vs. 3.1% in the case of depression and 9.4% vs. 4.4% in the case of chronic anxiety) “, collects the National Health Survey of 2017.

The aforementioned study by POWAH and CCOO shows, on the other hand, that people whose salary does not cover basic needs have worse indicators of well-being. The risk of suffering from a mental health problem reached 73.8% of those interviewed with a low salary, compared to 52.3% who came to cover expenses with their salaries.

But work-related mental health illnesses are not just due to precariousness. Psychosocial risks They encompass a whole series of labor practices that put the mental health of workers at risk, such as high workloads, poor communication in companies, poor organization, psychological and sexual harassment, among others. “There are many patients who come because of a high demand in their jobs, in addition to the load of tasks, due to the responsibilities they assume. They also come a lot because of a high demand in what they do, who always seek to be perfect .. . “, says Sonia Castro, a psychologist at the IEPP (European Institute of Positive Psychology).

In addition to issues of personality and individual genetics, the specialist emphasizes that there are many risk factors that lead workers to these situations, such as the work environment, the work organization in which that person is inserted, as well as other sociological issues . “It can be something learned from a young age, when they often tell us that we have to be the best, the most handsome, the smartest,” he notes as an example. “Or the way of living today, increasingly multitasking, hooked all the time through digital devices and without the ability to disconnect in many cases,” adds Castro.

Detecting psychosocial risks in companies and combating them could prevent many people from getting sick, stresses Albert Navarro. “It is not only that we are facing preventable things, it is that we are facing preventable disorders,” warns the doctor in Public Health, who calls for more involvement of companies. José de las Morenas, UGT Occupational Health coordinator, criticizes that many companies still do not address psychosocial risks within the mandatory occupational risk assessments. Only 44% of companies say they have procedures to prevent stress.

“Psychosocial risks are no longer new, we have been talking about them for years. But what is not seen, is not measured or prevented. That is why it is so important to make these problems visible and pursue them,” says the trade unionist, who celebrates that the Inspection of Labor has approved a specific criterion on this matter to guide the officials of the labor authority in this matter. “A crash plan against accidents is necessary that includes psychosocial risks. We must take advantage of the visibility that mental health is now having, with idols who talk about it, to put the issue once on the table and approve measures” , consider De las Morenas.

For illnesses and disorders that cannot be avoided, specialists ask to facilitate treatment. More and more young people attend Sonia Castro’s consultation. And most importantly, they come before. “You do not have to wait until you are very ill to go to therapy. Many times it happens, people have a hard time taking the step and they do it when there is already a very intense symptomatology,” says the psychologist. Castro and Dr. Celso Arango agree on the need for sufficient public services. “We can not tell people to take the step and then find collapsed public services and waiting lists of a year to see a child or an adolescent. That is what cannot be,” criticizes the president of the Spanish Society of Psychiatry.