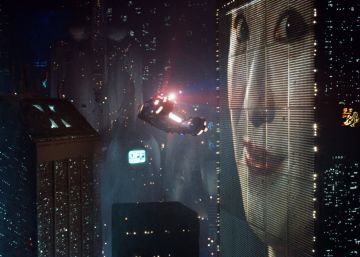 This week, the co-creator of Night in the Woods, a video game that could qualify as autofiction playable, something like a very hard and very sad coming of age Without hope, he has committed suicide. Nobody talks about suicide because nobody, in fact, is too interested in doing so. The case is that two days before Alec Holowka was accused of sexual abuse by a companion of the small studio that he had founded, and two days later he was dead. I was 35 years old. His sister says it was not right in the head, that he was being treated, that he had also received child abuse. Nothing justifies what he did, of course, but it certainly throws a new light on what, in appearance, is the acidic portrait of a thirties loser – a black cat that has screwed everything up – back in the hell town where she grew up constituting Night in the Woods.

Immersed in a seemingly endless adolescence, the world of videogames dispatches titles from a sidereal void — the nth sequels of what we would consider in written fiction best sellers to use – at an unmatched speed because, after all, he has no other choice. Today it is the only cultural product whose sales not only do not sink but grow exponentially. However, since the beginning of time, and especially at the beginning of time, it is and has been a narrative weapon as powerful as the one it comes from – writing, in the first instance, cinema, as narration in images , in the second—, replacing in the reader imagination — everything in the game is created — by experiential experience and giving the authors the opportunity to let the reader, the player, live Your creation

Thus, in the case of Holowka, anyone willing to live his work will have to be that thirty-year-old who has annoyed everything. The dynamics of the game, in which there is never anything to do but go out there with a bunch of crazy people, get bored, and be aware that we are throwing our lives overboard, makes you feel guilty while making you clear There is no way out. You made all the wrong decisions. Your life is a black hole. But you are going to have to live it. There is a painful lesson there, and it is one that someone who has been through what you, fortunately, are only playing to pass. For years I wondered why the video game based on Do Androids Dream of Electric Sheep? by Philip K. Dick It was as powerful, in another sense, as the novel and the movie. I know today. It turns out that its creator was a retired cop who was almost shot to death.

The most amazing of Blade Runner, the video game is not only that he respects, as Ridley Scott did not do, the humanist spirit of Dick's novel – something that, I take for granted, would have enchanted the writer, who died without seeing how Scott had created a beautiful work of fiction own starting from his universe but contravening its harder core and putting nihilism before Dick's humanism; in Dick, the too human is not the machine, it is the human himself abandoned in a world in ruins that would give his life to take care of something alive, a sheep real, not mechanical – is that, during the time you investigate a murder case in a pet store – remember that the book starts with a non-mechanical pet veterinarian, and that everything revolves around the few pets live that remain—, you are A police officer, Detective Rick Deckard.

You live in a horrible apartment that you come back to every night, or, really, when you feel like it – the game is a free game with plot and different endings that depend on your decisions – to feed your German robot shepherd and, of step, play with him for a while. In the mornings you usually spend them at the police station, putting order in the tests you've been getting, and practicing shooting. Then you go out to question potential witnesses, and you take your noddlesAnd, of course, you run into the replicants, which are as violent and as unhuman as Dick's — in one of the key scenes of the novel, the replicants swirl in the kitchen to pluck the legs of a spider real they just met, delighting in suffering a living being like what they will never be while Deckard is about to lose his mind. It could be said that the game invites you to move to the skin of the hunting hunters when it really invites you to move to the skin of Jim Walls.

The Jim Walls Story I would give for a realistic account of Philip K. Dick himself. Jim Walls is the police officer who ended up co-creating such a powerful adaptation. He owes his immersive success to him, for Jim was, after all, telling what he himself had experienced in his years of service. How a retired cop ended up in the video game industry is what he would give for a realistic Philip K. Dick story. He was first involved in a shooting. Then he started having nightmares. He withdrew from the body. One day, he went to look for his wife at work. His wife was a hairdresser. He used to cut Ken Williams' hair without knowing that Ken Williams was one of Sierra's capitostes. It occurred to Walls to talk about an idea for a police story. Williams thought he would give for a good video game. The rest, until his arrival in Westwood, the developer of Blade Runner, is history.

I don't know if Philip K. Dick would have liked it Blade Runner, the movie. Sometimes I tell myself that he would have loved it whenever he could separate his own novel from what Ridley Scott created, the way Stephen King should be able to separate The glow from Stanley Kubrick of his own novel so he would like it. What I am sure of is that, although he was not a great video game player, as Douglas Adams always was, Dick would have loved the version of Walls and Leary. And not only because he did not pervert his humanistic spirit, and developed an alternative story that seemed to come from one of his notebooks, but because he would have allowed himself to inhabit the routine memories of a Californian policeman who knew much better than he had known. himself what it was like to be Rick Deckard.