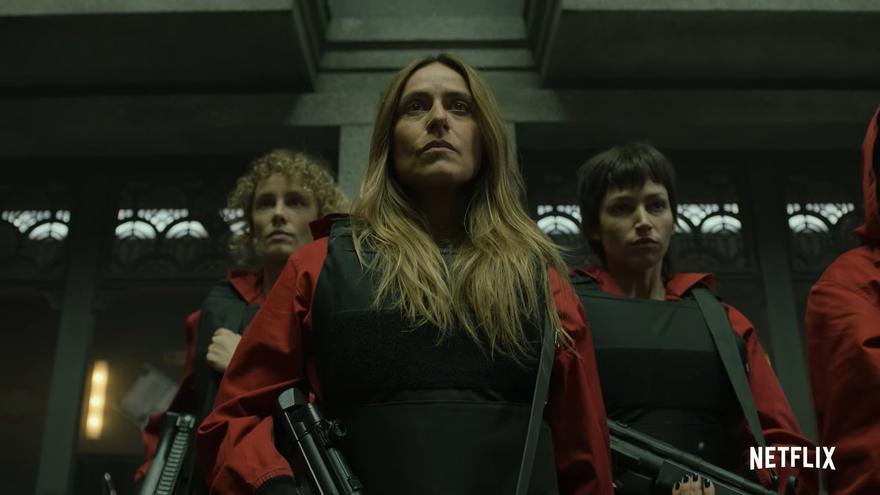 Madrid, Aug 2 (EFE) .- A month before its premiere, Netflix has published this Monday the trailer for the long-awaited new season of “La casa de papel”, where the most famous team of thieves on television appears on the ropes , fighting against everything to survive and with a clear message: “We are not dead yet.”

With a professor hunted and “without a father, without a plan and without hope” but announcing that they will fight “to the end”, those in the red jumpsuit and the Dalí mask continue to be locked up in the Bank of Spain.

September 3 and December 3 are the dates chosen for the premiere of the two volumes of this fifth and final season, which will put an end to the most famous robbery in the history of Spanish television, a series that has caught millions of followers all over the world.

The story continues when La Banda has been locked up in the Bank of Spain for more than a hundred hours and has managed to rescue Lisbon, who is sensed as the new leader of the group, but they live one of their worst moments after losing one of their own.

The Professor reveals that the Storm Pond has been discovered by Sierra while Colonel Tamayo announces that they are going to intervene in the robbery “military of which only emerge victorious or dead.”

According to one of the creators of the series, Álex Pina, in the first volume “an extreme warlike genre” has been worked on to place La Banda against the ropes, while in the second they focused on the emotionality of the characters and it is, therefore, “a journey through his sentimental map that connects us directly with the farewell”. EFE