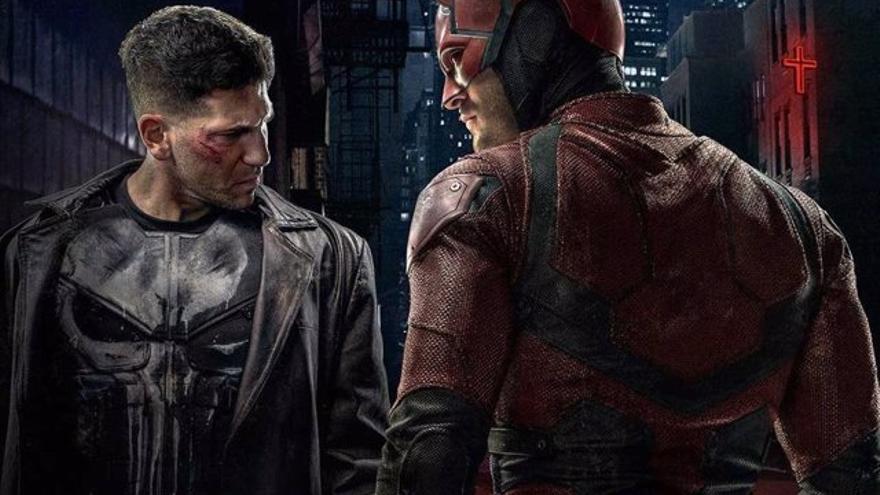 'Daredevil', 'Jessica Jones', 'The Punisher', 'Luke Cage', 'Iron Fist' and 'The Defenders' crossover drop out Netflix. The latest information indicates that as of March 1, Netflix series based on characters Marvel They will no longer be available in the catalog of the streaming service that saw them born. The big question now is... Will they see each other from then on? Disney+?

Marvel Studios and Netflix have had a rocky relationship during the early stages of the Marvel Cinematic Universe. After the success of 'Avengers' and its subsequent films, several series were launched to expand the franchise, including titles like 'Daredevil', 'Punisher' or 'Jessica Jones'. However, now the productions will leave the catalog of the streaming service.

'Daredevil' had three seasons between 2015 and 2018. In that time 'The Punisher' and 'Jessica Jones', 'Luke Cage', 'Iron Fist' and 'The Defenders' were also released. In 2018 all productions were canceled and, although the reason was not revealed, it seems that Marvel made this decision to leave all the prominence to its new Disney + series.

Against all odds, Some Disney + series recovered actors and characters from Netflix series, as is the case with Vincent D'Onofrio, who gave life to Kingpin in 'Daredevil' and made a cameo in 'Hawkeye'. So did the Marvel Cinematic Universe, with the inclusion of Matt Murdock, again played by Charlie Cox, as the defense attorney for spider-man in the recent 'No Way Home'.

Now The Digital Fix has reported that 'Daredevil', 'The Punisher' and 'Jessica Jones', 'Luke Cage', 'Iron Fist' and 'The Defenders' will leave the Netflix catalog on March 1. "Most likely, all this means that Disney has fully reacquired the rights and has plans for the series, and potentially the characters, in the future."

"We understood what Marvel was doing because Disney+ was going to come out. When you're in this business for a long time like we all have, you know it made commercial sense. What didn't make sense to us was why we wouldn't continue that series," he said. D'Onofrio to 'Marvel News Desk'.