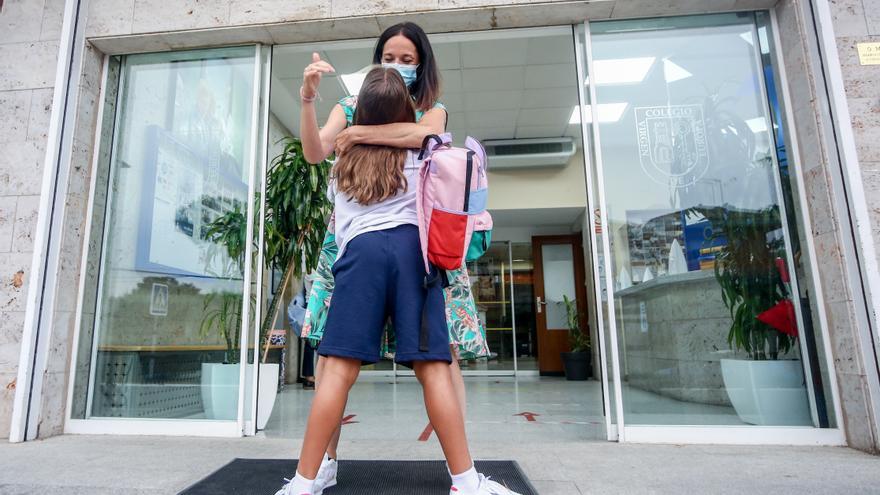 “Since the COVID-19 pandemic was declared in March 2020, we have learned a lot about the SARS-CoV-2 coronavirus and its role in pediatric disease,” write in the journal of the Spanish Association of Pediatrics (AEP) pediatricians of a dozen Spanish hospitals and research networks, headed by Cristina Calvo, from Hospital Universitario La Paz.

Reviewing is useful to assess the risk / benefit balance of vaccinating children under 11 years of age, the only population group in Europe that still does not have a vaccine against COVID-19. In the United States, the Pfizer-BioNTech vaccine has just been approved for children between the ages of 5 and 11. The European Medicines Agency could pronounce within a month.

How has COVID-19 affected children in Spain?

“Children are infected in a similar percentage to adults, although most suffer mild or asymptomatic symptoms. Around 1% of infected require hospitalization, less than 0.02% intensive care, and mortality is very low and generally in children with comorbidities “, write the pediatricians Cristina Calvo, Alfredo Tagarro, Ana Méndez Echevarría, Belén Fernández Colomer, Rosa Albañil Ballesteros, Quique Bassat and M. José Mellado Peinado in an article published in Annals of Pediatrics By the end of September.

About 1% of infected require hospitalization, less than 0.02% intensive care, and mortality is very low and generally in children with comorbidities

In most of them, pediatricians say, COVID-19 causes respiratory infections and gastrointestinal conditions that do not need treatment. The very rare exception is the so-called multisystem inflammatory syndrome (MIS-C).

60% of the children who needed intensive care, and 90% of those who died had other serious pathologies. Specifically, heart and liver disease, and asthma, are associated with an increased risk of severe covid in children; On the other hand, this association does not appear with cancer patients, rheumatic disease or diabetes.

Are they sicker with the delta variant?

Both Cinta Moraleda, responsible for the EPICO study —Which collects data from children with COVID-19 in 74 Spanish hospitals—, such as Francisco José Álvarez García, coordinator of the Vaccine Advisory Committee (CAV) of the AEP, insist that there have been no more hospitalizations of children attributable to the delta variant in Spain. In U.S.A yes it has been observed a temporal coincidence between the extension of the delta and an increase in income, but it could be due to factors other than the variant itself.

Publishing in Annals of Pediatrics rather, it reflects that “the severity and frequency of pediatric hospitalizations continue to decrease” with each new wave of the pandemic, “and it is not clear whether these changes are due to the emergence of new variants or to our greater knowledge of the disease.”

Neonates: there are no infections through breastfeeding

“The newborn can become infected, although vertical transmission is very low (breastfeeding”, write Calvo and the rest of the pediatricians in Annals of Pediatrics“In general, neonatal infections have been mild”, or asymptomatic.

Most of the infections in neonates are postnatal by close contact, but not through breastfeeding – there are no confirmed cases through this route.

Most infections in neonates are postnatal by close contact, but not through breastfeeding

But pediatricians point out: “This pandemic has also had a collateral impact derived from the limitations imposed on the presence of parents [y madres] in the neonatal units and the stress of the toilets “.

What is known about inflammatory syndrome (MIS-C)

The symptoms are varied: “Fever, gastrointestinal symptoms, skin eruptions, myocardial lesions, coronary aneurysms and shock“. Admission to the ICU is frequent. The MISC-C is still being investigated, because although it shares characteristics with other inflammatory syndromes in children, it also has differences. A study With twelve Spanish children aged 5 to 14 years with no previous illnesses, the patients were admitted for an average of 10 days, almost half of them in the ICU. None died.

Spanish pediatricians developed a year ago a consensus document on how to treat this syndrome.

And the persistent covid?

As in adults, it is estimated that 10% of children who have passed the infection in a mild or asymptomatic way may have persistent covid, says the Health report. “The main associated symptoms are: fatigue, headache, dyspnea, weakness , mental confusion, cognitive impairment and mood swings, which can affect activities of daily living and academic performance, preventing them from attending school or performing extracurricular activities “. It is also an active research area, explains Álvarez García.

As in adults, it is estimated that 10% of children who have passed the infection in a mild or asymptomatic way may have persistent covid

It is, in fact, “the part that we develop the most in EPICO,” he tells SINC Moraleda, “but we still don’t have data to share.” The symptoms are varied and nonspecific, “we are still far from characterizing them well, but we cannot trivialize. We have to continue investigating.”

They are infected more than they infect, and not at school

There is no longer any doubt, says pediatrician Ángel Hernández Merino, from the AEP, that unlike with other respiratory viruses, such as the flu, children are not great contagion of COVID-19. On the contrary. “Children rarely cause supercontagion events and appear to be less infectious than adults,” the pediatricians write in Annals of Pediatrics. The ability to infect increases with age, matching that of adults in late adolescence. This is so despite the fact that a high viral load, of viable viruses, has been detected in children and babies.

Children rarely cause super-contagion events and appear to be less infectious than adults. The ability to infect increases with age, matching that of adults in late adolescence

Children are mainly infected at home, says Health: “Most of the infections in children occur in the home, even during the school year. In outbreaks in schools, workers are often the cases. indices (…). On the other hand, in general, adults in school settings do not present a greater vulnerability to suffering from severe covid than the general population “.

Even so, pediatricians remember that these data have been collected with an educational community that strictly complies with the use of a mask.

Indirect effects of the pandemic

The pandemic has not only caused the COVID-19 disease. Also “there have been numerous collateral damages derived from the difficulty of access to care”, write the pediatricians in Annals of Pediatrics.”The mental health of the pediatric population it has been seriously affected. ”

On a recent article on The Voice of Asturias, Federico Martinón Torres, Head of the Pediatrics service at the Hospital Clínico Universitario de Santiago, urged that “adequate measures be taken to protect the child population from the serious indirect consequences of this pandemic: decrease in routine vaccination coverage and” reemergence “of infections pediatric diseases, “deprioritization” in health strategies, alarming increase in child and adolescent psychiatric pathology, increase in child abuse and domestic violence, or significant interference in their education and social relationships with unpredictable consequences in the short and medium term “.