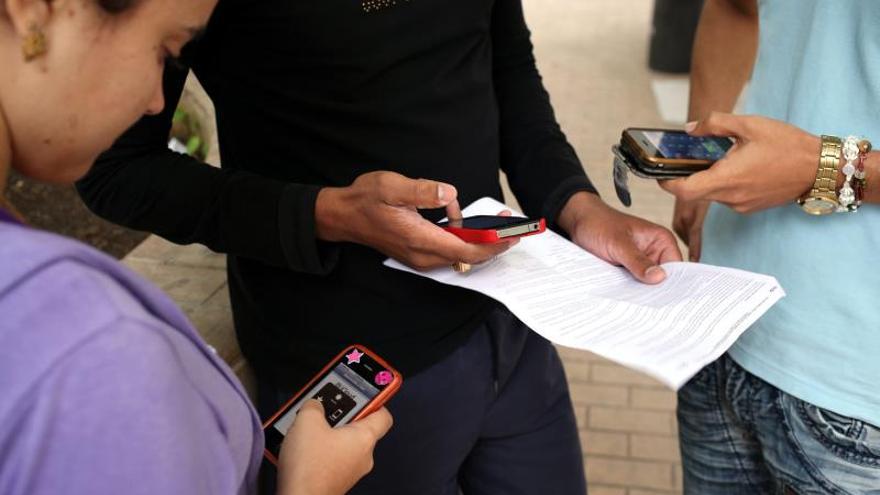 Can you imagine a critical citizenry, educated by the images they receive every day on their mobile devices? A citizenry that can enjoy the aesthetics of a work but, at the same time, analyze a content that confronts it with its ethics? A citizenry that can bravely and judiciously face images that rank or denigrate a group, a gender or a provenance? Can you imagine young creators who can renew a look at the world?

That is what artistic and visual education guarantees: learning to observe, understanding the relationships between form and content, thinking visually, acting creatively without fear of the new, understanding the culture that surrounds us while being able to interpret it.

The absence of the arts in the so-called Celáa Law is a clear example of the lack of alignment between thought and word, which will lead to devastating consequences if we do not remedy it. We believe that those who drafted it, members of an openly progressive government, are still not aware of the effect that this law may have on future generations. The lack of coherence is that his thinking is progressive but his word (the black on white of the law), is deeply conservative, it is obsolete from an international perspective. It is simply a matter of ensuring that future generations are competent in the cultural and creative fields, in a markedly audiovisual world.

If we do not remedy it, in 10 years – time in which a generation is formed – the Spanish population will not know how to imagine, will not have the capacity to face uncertainty, nor will it be able to create cultural content. Citizens will have serious difficulties to be creative and develop divergent thinking; his look will be serial, sad and gray. They will maintain an uncritical and unthinking attitude towards advertising messages. They will live devoid of sensitivity towards their creators in the present and towards their historical heritage. They will not have any competence to recognize themselves in their cultures and will lack their own identity referents. They will not have acquired the education and training necessary to contribute to the common cultural heritage, to bequeath it and even less to put it in value.

Can you imagine that someone who could not read a sheet music taught music? And that physical education was taught by teachers who did not differentiate the fundamentals of football from those of rugby? Or learn math from a teacher who couldn’t multiply or divide? What about someone who made spelling mistakes to teach us to read and write? Or that someone who did not even know about them, even less understood them and did not value them, had the mission of sensitizing us beforehand? It is unthinkable and yet this is going to happen with the arts. Indeed, to teach us to be creative, we do not have a teacher who specializes in the processes of stimulation of cognitive processes that lead to creativity. Teachers who have not been trained in content as technical as audiovisual language or advertising science teach us to interpret advertising or cinema. All this happens because in this country there is no specialization in artistic education and visual culture for teachers of Primary and first courses of ESO, which results in a precarious training for our minors. That is our first problem, easy to solve: we request that a specialist in Plastic and Visual Education be included in Primary Education given the specificity, technical nature and high specialization of the contents that are linked to the fulfillment of the general objective of the stage, particularly the key competence in cultural awareness and expressions (CEC), as well as the acquisition of basic notions of culture, artistic sense, creativity and affectivity.

In this country, as the Law is written, there will be girls and boys who will never develop their perceptual, expressive and aesthetic abilities, the development of their imagination, creativity and emotional intelligence will not be promoted, nor will critical reasoning in the face of plastic reality , visual and social; They will not have the necessary skills to use plastic elements as expressive resources for the enjoyment and critical analysis of the natural, social and cultural environment because Plastic, Visual and Audiovisual Education It is not compulsory in the draft Education Law in 1st, 2nd and 3rd of ESO. Nor does it appear as compulsory in 4th year of ESO or in Baccalaureate, so the development of creative (curiously fundamental for the same law), cultural and visual literacy skills is not guaranteed from the age of 12, the critical age for building the personality of those who will soon be adults.

Is it possible to justify that a competence is key, fundamental and structural but its development is not guaranteed? Isn’t that a normative inconsistency? That is the second problem, the optional, and it has an easy solution: that the subject Plastic, Visual and Audiovisual Education is mandatory in the ESO and Baccalaureate stages, demonstrating, with its non-optional nature, that it is truly important and fundamental.

It is the obligation of a responsible government to ensure that the arts are present in the curriculum, giving effectiveness to those contents that will allow now minors and adolescents to be competent and trained for a society of the 21st century, not the 19th. A society that demands creativity in the social, economic and business spheres, that needs a highly competent citizenry in a markedly audiovisual technological world and that has basic notions of its culture, to conserve it, value it, bequeath it, renew it and shape its identity . We are the third world power in cultural heritage and we are among the top ten in culture; We don’t deserve this low cost law for the arts.

Our sense of State and scientific responsibility encourage us to continue claiming these issues and involving as many agents as necessary to ensure that the training of future generations in cultural and artistic competence, as well as audiovisual training and creative capacity, are the that it deserves a progressive society like ours and which we understand that the current government represents. Can you imagine a creative citizenry, which has learned to stop to observe, judge and reflect critically and carefully, what is happening around them? Can you imagine young people inventing, creating, sharing ideas about new visions and futures? We cannot allow a blind future, we need the light of culture from the natural instrument for its acquisition: the Education Law.