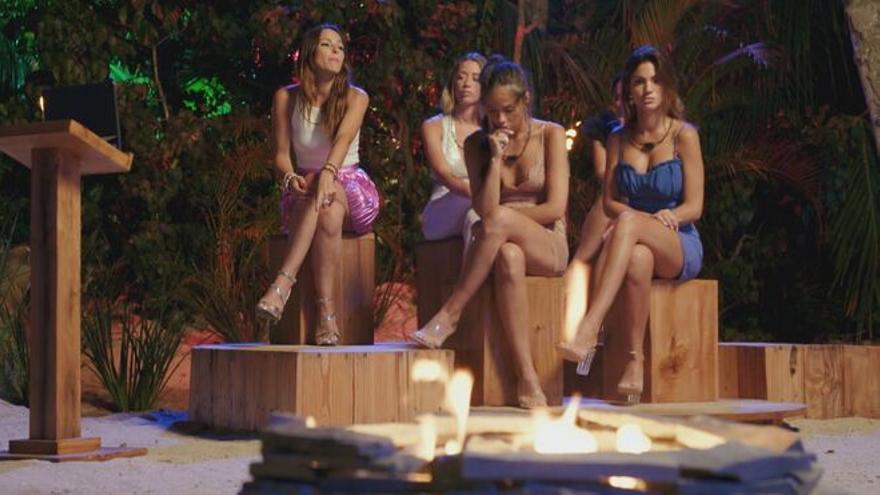 Five couples (heterosexual), one island, two houses. The 'boyfriends' settle in one of them surrounded by women willing to 'tempt' them. The 'girlfriends' do the same in another house, and a group of men live with them for the same purpose. It is the beginning of 'The island of temptations', one of those reality shows that hooks more audiences than are willing to admit it out loud. The objective of the couples and the program: to "test" their love, to see if they are "made for each other", to know if the other is the "man" or the "woman" of their life.

It's 2020 and probably some of the scenes scandalize more people than before. Many already criticize jealousy and even the double standards with which their actions are measured and commented on. But there is a central idea that seems to survive the questioning: the exaltation of the idea of ​​'better half', sexual fidelity as the supreme and indispensable value of love, sexual exclusivity as the greatest proof of a relationship. Or what is the same, no matter how the other person treats you or how they make you feel, all of that seems forgivable or bearable, the fact is that you do not have sex with anyone else.

I speak with the feminist researcher Coral Herrera, author of several books, the latest 'Owner of my love: women against the great romantic scam': "We look at fidelity as the most important thing when there are things that can be more. There is also another trap: I renounce my sexual experiences in exchange for you resigning too. Monogamy is posed as a resignation, a mutual punishment, I do not do it so that you neither and if you do it you betray a pact when in reality it does not even usually be explicit, it is given, and the couple should be built on a pact of love and care and that would make having sex with other people perhaps not so important ".

"In the love system in which we live, sex is the mark that makes a relationship 'the relationship', that is, the most important relationship of all and that will also have the aspiration to be forever," comments the writer Briggite Vasallo, one of the most powerful - and provocative - voices on love and relationships today. The breaking of the 'pact of sexual exclusivity', he continues, is like 'the great break' precisely because of that brand. "We could say that this pact is mutual but, to take a silly example, there may also be a mutual pact that we are going to quit smoking and yet I go out one night and smoke a cigarette. The next morning you have it. I have a story and it will surely not make you very funny, but it would not be experienced as something so serious ", like that 'great break'.

This Sunday night the couples met again to explain themselves and make decisions. Pablo and Mayka saw each other's faces and the first thing he did was throw a teddy bear of great sentimental value to the stake. But she had had sex with another man and that, apparently, justified it. Mayka not only had not repented, but had repeated, had shown desire, desire, conviction. That punishment in the form of a scorched stuffed animal seemed 'natural', a deserved consequence, insignificant in the face of the pain caused. Sexual exclusivity is untouchable, affectively destroy the other, justifiable in the name of love.

"I have never felt this supported by my partner." "I've always felt so underappreciated." "Explain to me how I have made your life bitter these years." "It has made me cry so much." "With all that I have endured these years." "I was dragging myself all day." Almost all the 'girlfriends' of the program break down at various times and verbalize a latent discomfort that shows the contempt, disdain, reluctance, inattention and harmful treatment that they have experienced by their partners. But none of that is the subject of any show or apparently reason enough to put a relationship to the test, to break up, to know if it's love or shit.

"We ignore many problems but when it comes to sex there is much more social support for you to break that relationship. Jealousy does not come from nowhere, the feeling of being at risk comes from a lot of learned behaviors that we also constantly see in our lives. around, "explains Vasallo.

Coral Herrera emphasizes that women "think that for enduring there is a reward and a prize." "And one of them is that he is going to be faithful to you." Their confessions "make visible the role of the suffering woman who sacrifices and endures" and also "the fury, anger and disappointment" of verifying that this reward is not such. "Sex is what is considered betrayal, not what you have had to endure in the relationship. Is that really the biggest betrayal a partner can do to you?"

In La Isla the love climax, that moment for which it seems we should sigh, occurs when a couple is unable to bear the distance, life without the other. It is the 'I cannot live without you' but surrounded by fresh meat that tempts you and that, they tell us, is the greatest proof of love possible, indeed, it is the way to strengthen your relationship. You have the desire at your side but you resist and, if you resist, it is because you really love him, you love him. Everything else doesn't seem to matter much, or certainly not so much.

Not knowing how to live without the other, losing your autonomy, it almost seems desirable. Suffer. Not knowing how to be alone or alone. The idea that the purposes, illusions, projects, plans are either shared with a partner or are insufficient or unsatisfactory. It is not a miss, so valid and so painful at times, it is rather to foster that anguish that is taught to us at the idea of ​​facing life without a partner. Even if your favorite stuffed animal - or your self-esteem or your own space - ends up being consumed at a stake.