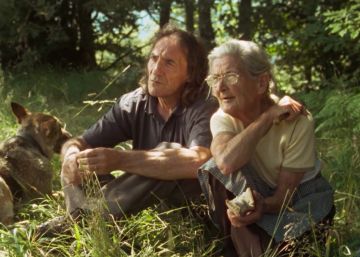 What a bad luck that the premiere of What burns has coincided with the barricade fires of Barcelona, ​​leading to the easy joke or the idiot question about whether it is a film that talks about Catalonia. It happens to me the other way around: I see the live connections and the loop images of the riots and I think of the forest fire of that beautiful and delicate film.

I've been confused for a few days and without knowing what to think ("I don't know where I am," Ignasi Guardans told Pepa Bueno in Being the other day when she asked him to take a stand, and my seven-year-old son, that he was having dinner next to the transistor, he laughed and said: “What nonsense, he says he does not know where he is: if he is on the radio.” And he was right, that was the only certainty that could assist Guardans and that he could assist me , which was in the kitchen of my house). However, when the credits of What burns, I felt the painful awareness that we are looking to the wrong side.

What burns, directed by Oliver Laxe, won the jury prize in Cannes for its delicacy by caressing some characters who live in deep Galicia, next to a forest that was fraga and now only has eucalyptus. Rough and few words, it looks out on a world that is extinguished, really left behind by the hand of God and the State. A world where fire is a tragedy that takes away the little that abandonment has respected, and not a form of teenage protest against which enemy is unknown. The despised, third division, crushed and humiliated citizens are in Laxe's film. In front of his catastrophe, the one that appears these days on television seems only smoke.