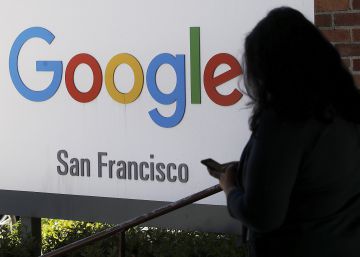 What price would you put on your financial data? Would you be willing to sell information about your political ideology, your religious beliefs or your sexual preferences? Would you give up your biometric data in exchange for money? In a context in which many companies collect the maximum possible information about users for free and take advantage of it, some companies explore the possibility of paying users for their data.

On July 29 Google announced that its next smartphone, the Pixel 4, will have a face unlock function. To train such a system and improve its accuracy, a huge amount of photographs is needed. Mountain View company workers have traveled the streets of American cities for a few days offering five dollars to those who agreed to give their image with a selfie, the company confirmed to the American medium specialized in technology The Verge

“Google has given a coupon of 5 dollars for the most important biometric data and the one that is impossible to change: the face. So Google believes that our face is worth no more than a five-dollar coupon, ”says the author of Datanomics, Paloma Llaneza. This expert lawyer in data protection explains that the data is legally protected “not by the data itself, but by the impact that treating it automatically and massively has for privacy, freedom of expression, ambulatory freedom and so many other freedoms that they are the basis of our society and the democratic system ”.

What would a data economy be like in which technology giants had to pay for data access? “A society in which the defense of fundamental rights would have lost clamorously, he says. Quote the work What money cannot buy: The moral limits of the market by Michael Sandel to explain "why there are things that must remain outside, as the Romans said, the trade of men": "The debate is not whether we can put a price on things, or if there are people who 'freely' are willing to sell them for a price, but if raising their monetization degrades them by degrading us all as a society ”.

But the data monetization debate also has advocates. Kristin Lauter, Microsoft's principal investigator in Cryptography and Research in Privacy, states that in a context in which "everyone gives their data without receiving anything in return" there should be a market: "I think there should be, and Microsoft has raised it on occasion, a data market that people could decide if they want to give their data and in return could receive a type of compensation."

“Google has given a coupon of 5 dollars for the most important biometric data and the one that is impossible to change: the face. So Google believes that our face is worth no more than a five-dollar coupon. ”

This market already exists in some sectors. For example, there are cryptocurrency payment models for viewing advertising and platforms such as Ocean protocol or the Silicon Valley startup Wibson that allow you to sell the data directly to interested companies. “Your personal data is sold by websites and apps that you use every day. Wibson gives you control so that you sell them yourself and choose who to sell them to. And it also makes you a share of the profits, ”explains the company on its website. The buyers of this data, according to the company, are companies that aim to better target offers and advertisements or non-profit organizations that carry out good social research.

All these companies claim that users should be free to choose where their data resides and who can access it. And they try to attract them with the same premise: advertisers and other companies already buy and sell their personal information without their participation, each user can become an active participant. In most cases, according to the data protection expert, the price is “ridiculous”, it is paid only once and it is impossible to prevent the transfer of that data. A set of basic data – those that are provided consciously – "would be between five and 15 dollars, without being able to prevent them from being used more than once."

Llaneza stresses that companies, with all these data, can "know what we think, what we want and what we are doing all in real time." Also "guess how we are going to behave, what is going to happen to us, what we are going to think or want." And they even have the ability to influence their decisions, as evidenced by the case of Cambridge Analytica The platform owned by Mark Zuckerberg went through a global political storm in 2018 due to the data leakage of 50 million US users, allegedly exploited by the Cambridge Analytics consultant to refine the attraction strategies of the Donald Trump campaign in 2016 with psychological profiles.

“Monetization is a trap. The technological ones, using the classic techniques of price formation, will find a value for which they will be willing to pay, integrate it into their business and transfer it to their customers. It would be paradise for them, in times when regulators are questioning their behavior. They would pay for violating our rights and, on top of that, no one would demand ethical behavior, ”he says. For her, the ideal situation would be “one in which the extractive industries of the data that have as a result to monitor their users simply disappear, since their business model is completely incompatible with respect for fundamental rights and principles most basic ethics. ”