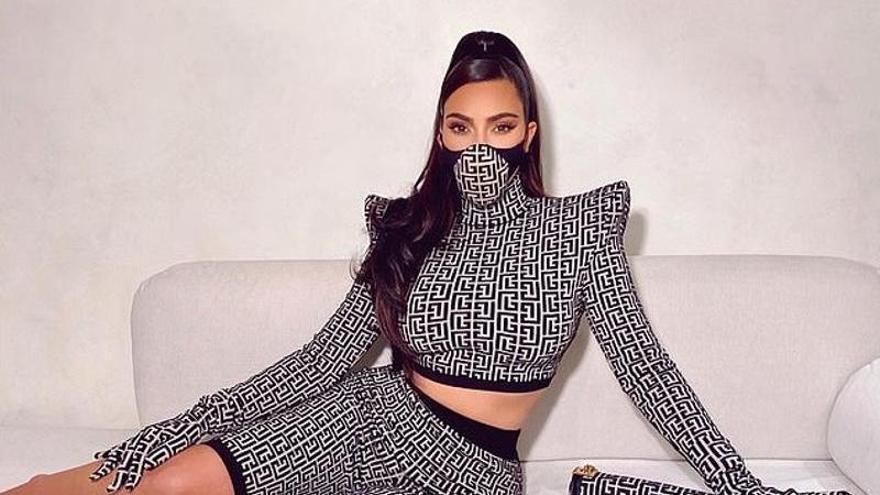 “If we all wore well-fitting FFP2 masks on the nose, the probability of contagion would be close to zero,” assured a researcher from the Higher Council for Scientific Research (CSIC) “specialist in filtration materials and masks” in a teletype republished by numerous media. Regardless of whether the data was true or not, the information did not warn that the scientist is the founder of a company that manufactures this type of mask.

Conflicts of interest are normal in the academic world, and that is why scientific journals try to get researchers to declare them before publishing their articles. "A conflicting interest exists when professional judgment regarding a primary interest – the welfare of patients or the validity of the research – may be influenced by a secondary interest, financial gain or personal rivalry", explains the magazine BMJ.

The interests are not always financial or deliberate, but, as the BMJ states, "they can influence the interpretation" of their own or others' results. They are not always revealed or persecuted by the magazines, as they show the abundant examples published by pages like Retract Watch. Even so, articles that do not reveal these conflicts they can even become retracted if they are discovered.

The COVID-19 pandemic has generated a record number of studies and has brought experts to the forefront not only through their work, but also through their interventions in the media and social networks. This has meant that the problem of conflicts of interest has transcended the scientific publications themselves. In Canada, for example, a government science adviser was criticized for receiving money from a teachers' union to oppose the reopening of schools.

The fight against the coronavirus has involved billionaire investments. Thus, in January 2021 the European Commission had already committed €1 billion for research projects related to COVID-19. For its part, the United States will invest 1,200 million dollars to study persistent COVID. In Italy, the government has been asked to invest €2 billion to guarantee mechanical ventilation systems in schools.

Some researchers criticize that this has sometimes caused conflicts to manifest themselves in the opinions expressed in public debate. "Some researchers had an interest in saying things that they were not doing or were doing wrong, when this was not the case, because they took away projects or funding," María Iglesias, a researcher at the Carlos III Health Institute, told elDiario.es. She considers that the pandemic "has become something very greedy that many people have been interested in sticking their heads in any way".

Researcher at the London School of Hygiene and Tropical Medicine Marco Zenone believes that conflicts of interest have been little studied and explained to the public during the pandemic. "Some are obvious, but they are usually unstated or hidden or denied when confronted," he explains. The problem, he says, is that they are difficult to trace, so his statement depends on the scientific integrity of each individual.

The surgeon and editor of the Science Medical Evidence website, David Gorski, also does not think that the public understands what is and what is not a conflict of interest and defends the need to explain it better and that scientists "be more transparent". However, he points out that, during the pandemic, this problem has been more related to "the undeclared defense of political positions" than to financial interests.

Despite this, the so-called "commercial determinants of health" have played their part. According to the specialist in preventive medicine and public health Mario Fontán, these are "much more subtle than a briefcase".

"There have been a number of products that have been promoted during the pandemic as if they were the solution," says Fontán. He adds that this does not mean that all his defenders have dishonest intentions, but rather that "they are inserted into dynamics and are captured by companies whose objective is to place a product and that take advantage of their speech." Therefore, he warns: "An honest message can be distorted because a company wants to make a profit."

"At the moment in which a public health issue is inserted into an economic and business dynamic, the perspective with which that message must be analyzed changes," he continues. "That raises suspicions about what is behind the people who send that message, not because they want to deceive the population, but because when you are within these dynamics, the interests of the companies can have an influence," she says.

Zenone clarifies that conflicts of interest "have not been a problem for most scientists" during the pandemic, but "we have seen them in organizations and other figures that have promoted researchers with dangerous and scientifically unsupported views" but that "were aligned with their interests."

He gives the example of the American Institute for Economic Research (AIER), a liberal think tank that supported the Great Barrington Declaration (GBD), a controversial manifesto that supported coexistence with the coronavirus since before there were vaccines. Months later, his defenders gave birth to a "spiritual son": The Brownstone Institute for Social and Economic Research. In their articles they oppose most measures to combat COVID-19, from lockdowns and masks to testing and childhood vaccination.

One of the researchers who has shown his closeness to these ideas is the epidemiologist at Stanford University (USA) John Ioannidis. at the beginning of the year published a study in the journal BMJOpen in which he calculated the visibility in social networks of the academics who signed the GBD compared to those who supported an opposing manifesto, the John Snow Memorandum (JSM).

To do this, Ioannidis calculated the so-called "Kardashian index", an indicator that compares a researcher's Twitter followers with his number of scientific publications. Thus, a high index would suggest that said person has more popularity than resume. The work concluded that the researchers who had signed the JSM had a greater presence and had given a sense of consensus that, according to the author, was false.

The study was criticized for being published as "original research" in the journal, despite being closer to a napkin calculation with no clear methodology. The irony was also pointed out that, despite their conclusions, few people have heard of the JSM compared to the GBD, whose authors have enjoyed great media attention.

The problem extends to the other side of the pandemic spectrum as well. In the UK, criticism of the government's scientific advisory group for emergencies (SAGE) for its lack of transparency and political interference led to the creation of an unofficial version called "independent SAGE" (iSAGE). Its members obtained a large media presence and defended measures as strict as the closure of schools, but were accused of being a pressure group with a behavior closer to activism.

"The academics consulted saw with discomfort that they presented themselves as neutral while showing themselves closer to a lobby that presses for a certain political agenda," explains journalist Laurie Clarke, who investigated the role of iSAGE in an article published in the magazine BMJ. "They were not clear enough about their links to the activist group The Citizens and have muddied the waters between the 'science', which they claim to follow, and politics," she says.

In his opinion, the biggest problem is that its members "did not have the necessary experience to recommend policies with the certainty with which they did, and they should have stayed in their respective fields of knowledge."

Gorski sees conflicts of interest as a sensitive issue with the potential to damage public trust in science: "Anti-vaccines love to accuse researchers of being complicit with pharmaceutical companies, openly claiming that they are paid to defend them" . This "muddies the waters" and makes it difficult for the public to distinguish what is and what is not a conflict of interest of concern. Therefore, he believes the risk of lack of transparency is higher because "it makes the anti-science look much more convincing when they point it out."

Zenone assures that this lack of transparency has already had a negative effect. "The ideas promoted by the Great Barrington Declaration received strong support from organizations with conflicts of interest, but were reported in the media as realistic methods of mitigating COVID-19 despite overwhelming rejection by scientists," explains Zenone. The result is that "controversy was created about how to control [la pandemia] where it did not exist", which "undermined the advice of the health authorities and confused the public".

The iSAGE media has had, according to Clarke, a similar effect. "It was part of a damaging trend during the pandemic in which scientific commentary was motivated by agendas and egos, and which has probably eroded some people's trust in scientists," she laments. His interventions "fueled a highly polarized and emotional climate that made reasoned and well-informed debate difficult, thus damaging public health."

Lockdowns, yes or no? Masks, yes or no? The pandemic is a social phenomenon that has pitted researchers against each other, created irreconcilable factions and, as a result, fostered the polarization of the public. "The safer someone is about COVID-19, the less you should trust them," warned a provocative editorial published in the BMJ. during the great uncertainties of 2020. Today the certainties are much greater, but the lack of transparency can still damage the necessary public confidence in the science that is getting us out of this crisis.