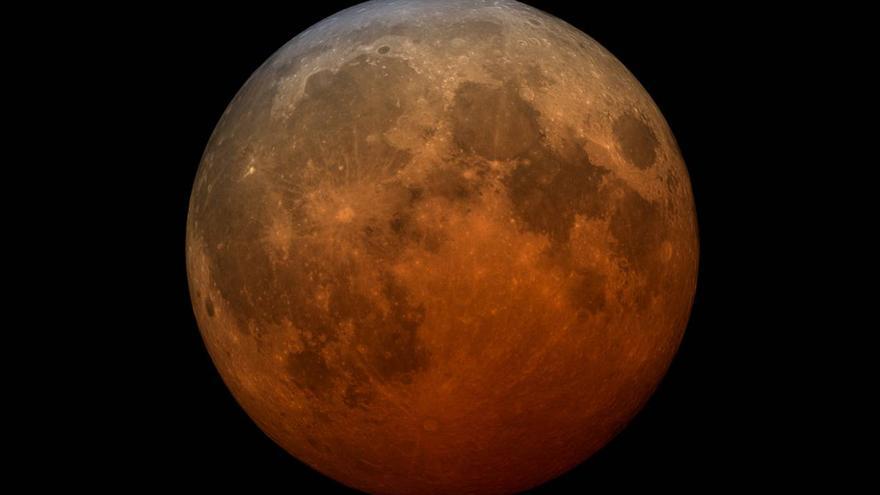 This May 26, 2021 brings the most “super” of the supermoons of the year and, in addition, a total lunar eclipse, visible in half the world. Our satellite enters the Earth’s shadow and, when it is not inside, it will appear even larger and brighter than usual. The POT offers the answers to the most frequently asked questions about these popular astronomical events.

What is a supermoon?

The Moon travels around our planet in an elliptical orbit or an elongated circle. Each month passes through perigee (the point closest to Earth) and apogee (the point furthest from Earth). When the Moon is at or near its closest point to our planet at the same time that it is full, it is called a ‘supermoon’. During this event, because the full Moon is a little closer to us than usual, it appears especially large and bright in the sky.

Who can see it?

Observers from around the world will be able to see it throughout the night if the sky is clear. Like all full moons, the supermoon rises in the east around sunset and sets in the west around sunrise. It is highest in the evening hours and very early in the morning.

On this occasion it is called the ‘supermoon of the flowers’ because it coincides in the month of May. The next one will be on June 24 (night of San Juan) and will be called ‘strawberry supermoon’.

What is a lunar eclipse?

A lunar eclipse occurs when the Sun and the Moon occupy precise positions on opposite sides of the Earth. During this alignment, the Earth blocks some of the Sun’s light from reaching the full Moon. Our atmosphere filters light as it passes, softening the edge of our planet’s shadow and giving our satellite a deep pink glow.

Where will this eclipse be seen?

The total eclipse, or the time when the Moon is in the deepest shadow, will last about 15 minutes. This phase will be visible near moonset in the western continental United States and Canada, all of Mexico, most of Central America and Ecuador, western Peru, and southern Chile and Argentina. Throughout the Asia-Pacific Basin, the total eclipse will be visible just after the Moon rises.

The partial eclipse, which occurs as the Moon moves in and out of Earth’s shadow, will be visible from the eastern United States and Canada just before the Moon sets in the morning, and from India, Nepal, western China, Mongolia, and eastern Russia just after moonrise at night.

Observers in eastern Australia, New Zealand, and the Pacific Islands, including Hawaii, will see both the total and partial eclipse.

Why does the Moon turn red during a lunar eclipse?

Colors allow our brain to interpret variations in the physical properties of light. These same properties cause each color of light to behave differently when passing through a substance such as air. If you’ve ever looked at a blue sky or enjoyed an intense sunset, you’ve seen this phenomenon in action.

Sunlight bends and scatters as it passes through Earth’s atmosphere. In air, colors at the blue and violet end of the rainbow are dispersed more widely than colors like red and orange. Highly scattered blue light colors the sky when the Sun is high on clear days. The redder light travels a straighter path through the air; We only see it scattered across the sky around sunrise and sunset, when sunlight has traveled through a thick portion of Earth’s atmosphere before reaching our eyes.

During a lunar eclipse, some of this heavily filtered morning and evening light passes through Earth’s atmosphere and eventually reaches the lunar surface. The eclipsed Moon is dimly illuminated by the red-orange light that remains from all the sunsets and sunrises that occur around the world at that time. The more dust or clouds there is in Earth’s atmosphere during the eclipse, the redder the Moon, also called the ‘blood moon’, will appear.

Are all supermoons red? Are all lunar eclipses supermoons?

No and no. Supermoons and lunar eclipses are different phenomena that do not always occur at the same time, but this time they coincide and it is an excellent opportunity to enjoy these astronomical events, live in those places where they are visible or through the internet. For example, the European Space Agency (THAT) and some astronomers will offer live broadcasts.

Tags: it will be, night, super, Super moon, year