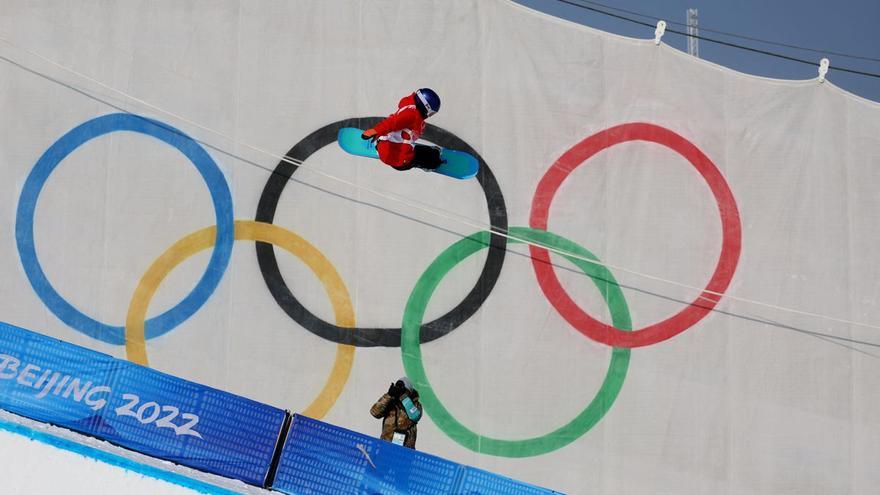 Queralt Castellet has made history in the early hours of this Thursday at the 'half pipe' by getting the first silver medal of a Spanish athlete in a few Winter Olympic Games. The Catalan 'rider' made a impressive second round where he reached a sensational score of 90.95 that earned him the Olympic runner-up, only behind the unattainable American representative Chloé Kim, who practically left the gold sentenced in the first of his three performances. But what exactly does this consist of? discipline?

Five JJOO and 16 years after his debut... @q_castellet achieve the long-awaited Olympic metal 🙏

It is one of the most complex, technical and difficult modalities of the freestyle snowboarding, but at the same time one of the most spectacular. Both the skiers and snowboardersas is the case of Castellet, they focus on executing a succession of tricks, one after another, on a half-pipe ramp between 3 and 6 meters, with walls that have a slope that can reach 16.

In the winter sportsespecially in the snowboard, is usually used on a slope, which is used for the freestyle specialty. It consists of two opposite walls of the same length and height, joined by a flat surface that connects with the walls through a curved surface. The surfers zigzag down from wall to wall and take advantage of the speed to execute jumps and tricks in the air.

The key lies in, in addition to performing a super high jump, turns, flip and difficult rotations, in falling and landing perfectly, since being linked each one of them leads to the next one seconds later. The judges base their score on four scales: the difficulty of the trick, the height, the style and the reception.

Almost all tricks come from the world of skateboard. Some of the best known are the pipe, airs, grabs (grasp the board with the hands), horizontal rotations (180, 360, 540 degrees), vertical rotations (back flips, front flips) and the variations between the two (roundups, corkscrews...), and also tricks on the top edge of the tube (coping) and supports on the hands (handplants).

Seven League players nominated for a Ballon d'Or without Messi

The United States opens the door to Djokovic